In a new interview, the designer says: ‘Your world gets smaller and smaller. Finally: boom. You’re like this outcast. Silence. No one rings. I can’t describe it’ 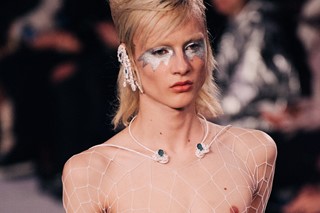 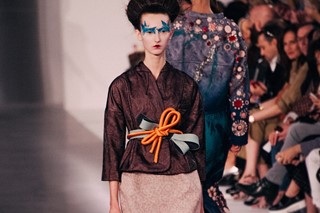 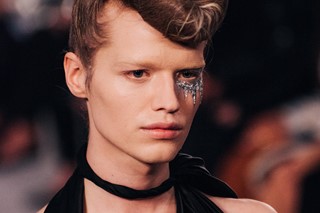 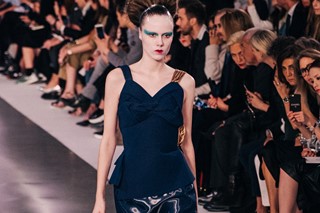 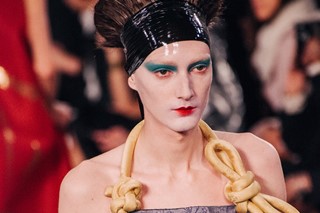 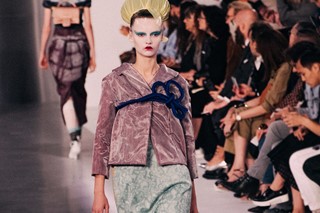 It feels as though John Galliano has – after an extended period of time in exile from the fashion industry – been rehabilitated and reintegrated into the world where he made his name and enjoyed success. Yet it cannot be forgotten that it was this world which exerted such extreme pressures over him that he nearly lost it all.

In 2011, Galliano infamously launched that anti-semitic, drunken tirade against a group of women in the city centre of Paris. Consequently, he was fired from his position as creative director at Dior and forced outwards to distant horizons, looking in at the people and the shows that he used to know.

But four years later, at the beginning of 2015, Galliano made a triumphant couture return as creative director of Margiela after a brief three week spell working with Oscar de la Renta. Today’s Maison Margiela SS16 collection marks another foray back into the community, but one gets the sense that Galliano is firmly back where he once was. Via exclusive extracts from an interview with AnOther Magazine’s Autumn/Winter 2015 issue, we learn about Galliano’s descent into the depths and the long, arduous road back to the top. Read below, words by Susannah Frankel.

Galliano’s fall from grace following an anti-Semitic outburst has been well documented. With the benefit of hindsight, he explains, “What started with two collections a year became 32 collections a year and a show every four weeks. It was non-stop. Galliano, Dior, the haute couture, the men’s. It was insane. It was all about being bigger and bigger, better and better. I didn’t know how to stop. Sometimes we’d start a fitting and we’d be thinking, ‘Hang on, what are we doing? What is this? I’m not pointing fingers or blaming anyone other than myself but maybe at that point I should have said no. But I didn’t. I went on and on. And then, of course, the inevitable happened. Alcoholism, addiction. You know, I had to do a lot of those dinners and parties. I never was comfortable with that. I’m really shy. And then you need the Valium to stop the shakes so you can do the fittings and then you need the sleeping pills because you can’t sleep. Your world gets smaller and smaller. Finally: boom. You’re like this outcast. Silence. No one rings. I can’t describe it.”

The night before we met, he was the keynote speaker for Connect, an event organised by the Central Synagogue, London, where he joined Rabbi Marcus on stage to talk about fashion and answer questions. “It wasn’t the easiest thing I’ve ever done but yes, I did do that,” he says. “It was kind of a culmination of more than four years work. I’ve been seeing Rabbi Marcus throughout. He’s an amazing man – a really amazing man. The mix of people was great and I felt a lot of love and warmth.”

Galliano is also committed to soup runs and attends AA meetings every day. “Before, I was just so fearful of everything. That was part of the problem,” he says. “And there were things I didn’t deal with from a very early age, like being gay, not being able to come out at home or at school. Where I come from (he was brought up as a practising Catholic), you’d be damned in hell for that.”

ON BEING COURTED BY MARGIELA

Soon after signing his contract with Renzo Rosso – president of Only The Brave (OTB Group), which owns Maison Margiela – and before his new position had been announced, Galliano spent an afternoon with Margiela, which was an unprecedented move by the uncompromisingly private designer.

“He came to my house in Paris and just started talking,” Galliano says. “I didn’t really have to ask him anything. It wasn’t about whitewashing per se, but fingerprints and dirt, emotion and the passage of time. Why the Stockman dummy, why the white coats? There was nothing intellectual about it, he said. It was just about his aspiration to have a couture house. That was amazing. And he loved being backstage, how everything came together. What a special person and such an enigma – it seems wrong to talk too much about it. I have such huge respect for him, for the house that he built. How brave, how forward-thinking. He’s a gentleman – really.”

Fresh out of rehab, in 2011 Galliano made Kate Moss’ wedding dress. “That was really the first time I started to apply myself again,” he remembers. “It felt wonderful. I was in the country with her. If I needed to photocopy an idea for an embroidery I had to jump in the car and drive to the nearest hamlet to the Post Office. We kept it secret for ages. It was great just draping fabric on her. She challenged me, I suppose. That was it; that reignited the flame.”