To mark the opening of the designer’s retrospective, we trace his iconoclastic evolution 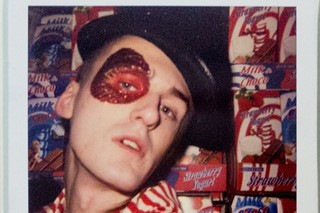 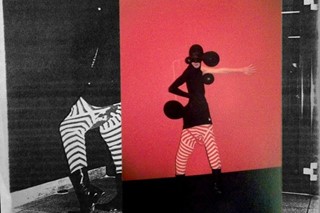 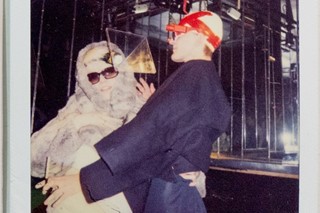 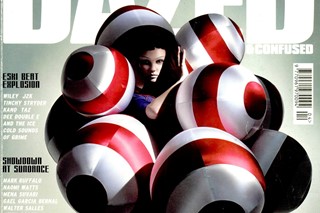 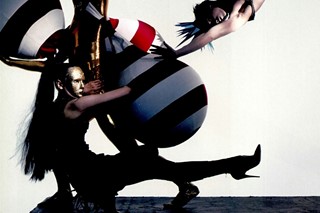 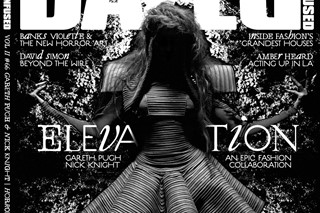 Gareth Pugh is a designer who shattered the monotony of an era of commercial fashion. Whether pumping the smell of chlorine into the Palais de Tokyo or sticking two fingers up at the conventional runway by showing his clothes in video installations and dance performances, he’s pushed British fashion to new extremes – and has never been afraid to break a few rules in the process. For Sunderland-born Pugh, it’s been ten years since his first London Fashion Week show, and after leaving for Paris to stage his SS09 collection under the guidance of then-mentor Rick Owens, he’s back to celebrate the major milestone in his creative hometown. As Pugh explains, “London is where everything began for me – it’s where I live and work and my entire creative family is here.” A retrospective show of Pugh’s work will be on display at Galeria Melissa, Covent Garden, from today (February 11) until the end of May. To mark the occasion, we’re taking a look at the definitive moments of Pugh’s career with a visual homage to welcome home Britain’s most loved dark-side designer.

“Money can’t buy you happiness” is a term the !WOWOW! collective would fully back. Alongside Dazed’s senior contributing fashion editor Katie Shillingford and artist Matthew Stone (two long-term collaborators), Pugh was a member of the south London group of creative students and graduates who squatted in an old department store on Rye Lane, turning it in to a rent-free artistic space which staged parties and performances.

In an unheard-of feat for a graduate designer, Pugh’s seminal Central St Martins graduate collection was featured on the cover of Dazed’s April 2004 issue. Styled by Nicola Formichetti and shot by Laurie Bartley, the image of angled limbs and oversized red-and-white balloons remains an iconic early image of Pugh’s career.

Pugh laid the groundwork for the likes of Meadham Kirchhoff and J.W.Anderson in his work with Fashion East, the non-profit organisation which supports promising young design talent through funding and mentoring. His first show for the scheme was a darkly theatrical affair, where male and female models stalked to catwalk to Nirvana’s “Love Buzz” and the audience whooped in delight.

Models in towering platforms treading across a cascading cotton runway designed by Simon Costin added to the memorability of Pugh’s SS07 show. A lesson in the avant garde, the show was rife with gothic harlequin-style checkerboard print, super-structural looks and sex-club latex, while models’ faces were obscured by masks. Watch it here.

Pugh’s idiosyncratic designs took to the stage at the V&A’s prestigious Fashion in Motion show, a live catwalk event which takes place within the museum and showcases the best design talent of the modern age. Billowing structures, horizontal black stripes and the designer’s signature masks all featured during the June 2007 show.

Dazed’s October 2008 issue saw two fashion pioneers join forces, as SHOWstudio’s illustrious photographer Nick Knight paired up with Pugh to create an image for our cover. Pugh’s structural designs were married with organic, woodland forms and treated with a heavy dose of black.

Pitti Immagine #79 saw Pugh showcase a collection rife with religious iconography – but not in the conventional way. Filmmaker Ruth Hogben lent her expertise to create a visually perturbing fashion film to display Pugh’s work, underlining his desire to radicalise the fashion-show format.

Who run the world? Girls and Gareth Pugh, apparently. Queen B’s inspirational smash from 2011 saw her busting some serious moves in the video, wearing a dress and shoes designed by the Brit. The singer is a long-time Pugh fan, previously opting to wear not one but two of his dresses at the MTV Europe Awards in 2008.

For our summer 2014 issue, Bertie Brandes met Pugh for an in-depth discussion regarding his sensory shows (he’s been known to pump smoke and chlorine into spaces) his design process and his stripped-back AW14 collection. “There’s always something dealing with opposites in what I do,” explains Pugh.

Pugh had his audience out of their seats – literally – with his SS15 performance show in New York City. Smoke and LED screens accompanied the dancers dressed in his designs. “Tonight, if you want to see it you’ve got to fight,” said Pugh, causing us to wonder whether it was time to reinvent the runway.

Liked this? Head here for more:

Gareth Pugh’s Labyrinth: “There’s always something dealing with opposites in what I do”

The man behind the iconic showspaces of Pugh, McQueen and more