But the dancing sharks were not his handiwork, sadly 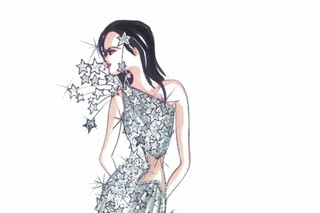 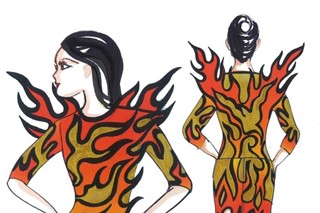 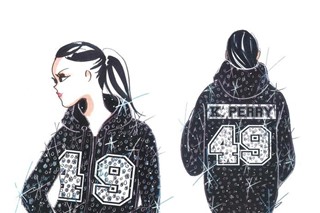 Katy Perry's Super Bowl performance didn't just involve awkward sharks, Missy Elliott and an animatronic lion – Moschino creative director Jeremy Scott was also on hand to inject some high fashion into the extravaganza. Leave it to the quintessentially American designer to contribute to that most quintessentially American of sporting events, right?

Scott designed all four looks for Katy Perry's show, beginning with a flame-encrusted dress and then a beach ball two-piece. Changing into a bedazzled sports jersey, Katy then turned hype woman for Missy's surprise cameo and finally slipped into a custom-made starry Moschino gown for her final number.

Four costume changes in 13 minutes? Not bad, especially when you consider that most Super Bowl performers manage to squeeze in a scant number of outfits. Last year, even Beyoncé settled for one main look: a leather bodysuit designed by Rubin Singer, with a matching leather jacket on the top.

"One of the reasons (Katy) wanted me to do the costumes is because she felt like no one represents her better than I do," Scott told Style.com. "I think it's her mixture of humor and Americana and pop culture... Her costumes will be seen by so many more people than ever will look at any one show or several mini-shows on Style.com, you know? It's just a different thing. The audience is so vast, it's so much more outside our nuanced world of high-fashion lovers."

Unfortunately, Scott could not claim credit for one show-stealing costume. Those supremely unhappy dancing sharks during Perry's "California Girls" routine were created by costume designer Marina Toybina, who had previously worked on the Prismatic world tour.

Watch the full halftime show below:

Liked this? Check out more on Moschino and Jeremy Scott below: