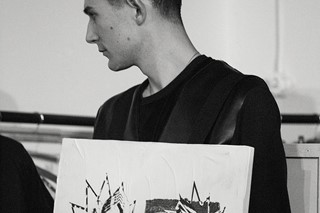 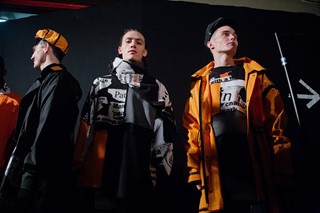 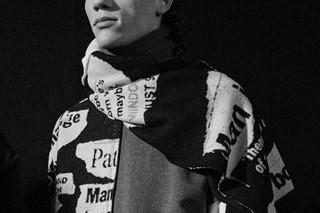 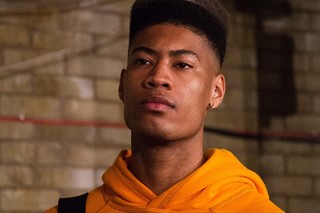 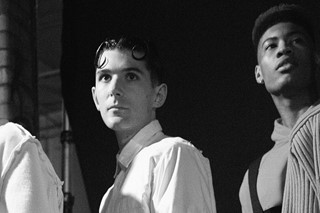 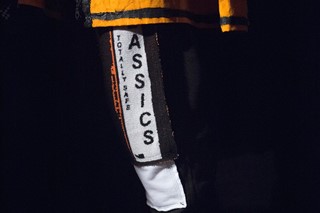 Sandwich board defectors. The boys made their way down the runway to Wild Child’s “Renegade Master” in frayed patch denim, sandwich boards, printed aprons and big parkas, worn layered and oversize with nineties Palladium boots. “It all started when I moved studios to Walthamstow and spent a lot of time going to markets for my fruit and veg and whatever. There’s something about that area that got me started, and I just kind of ran with it,” Liam Hodges said backstage of his tribute to workwear for the street.

A lot of fake booze:

Hodges had altered a cardboard box print to read ‘Totally safe classics’, playing on “the idea of this kid taking the family market stall and making his own thing out of it.” A standout look was a knitwear bricolage printed with newspaper graphics that read ‘Man, there was a lot of fake booze’. “It was a story in a newspaper about an off-license that had been closed down because they were selling bootleg liquor,” Hodges said of his found graphics. So basically petrol, then? “Petrol with a bit of flavour, a hint of lime.”

The soundtrack to Liam Hodges AW15: