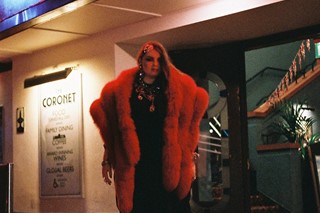 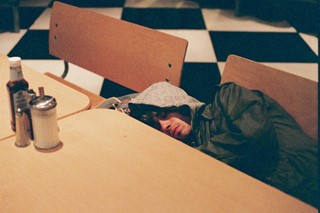 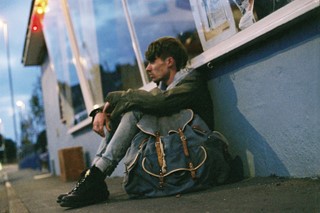 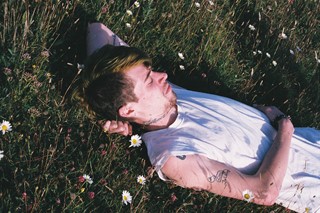 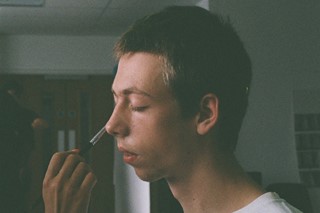 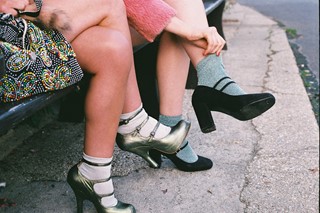 As one of the leading stylists working in fashion today, Katy England has long established herself as one of the industry’s most visionary image-makers. Now, the former Fashion Director of Dazed & Confused and AnOther makes her directorial debut in a short film commissioned by Vauxhall Motors, whose ties to the British fashion industry also include London Fashion Week’s Vauxhall Fashion Scout platform. The film marks Vauxhall Motors’ 110-year anniversary and is the first in a new series called Vauxhall Presents, which sees the brand team up with illustrious figures from fashion, art and design.

Titled Made in England, the film captures Vauxhall’s British heritage and is England’s very personal take on British youth culture. Shot over two days, the film spans 24 hours seen through the eyes of a driver who journeys across the countryside and through London’s streets in the award-winning electric Vauxhall Ampera, encountering groups of kids along the way. There’s the lonely boy who’s run away from home and a gang of boys chasing another boy on their BMX bikes. Later we meet two girls sitting in the back of the car, getting ready for a night out (“That was really about the excitement you feel as you’re stepping into adult life. I was a girl who lived in a provincial town and I went into the city to go out and that’s kind of how I felt,” England notes) and finally, a group of club kids.

From Dorset’s windswept coastal line to a neon-lit Holloway Road, the film showcases Britain and its youth tribes with a wistful longing, perfectly capturing the dreamy state that driving can bring about and giving insight into the various stages and emotions of teenage life, complete with a cameo from England’s husband Bobby Gillespie. Today, SHOWstudio are featuring a panel discussion on the film chaired by Dazed’s Books Editor Stuart Hammond, where Katy England, Bobby Gillespie, Nick Knight, Made in England cast member Josh Quinton and Psychotherapist Lesley Hinder will sit down to talk British youth culture and “the issues teenagers are faced with and how it reflects on everything they do, including their style,” Katy England comments.

We caught up with England before the premiere of her film to talk about her directorial debut, the new British style tribes and her take on the fashion film genre.

Dazed Digital: What kind of brief did Vauxhall Motors give you?

Katy England: They wanted to call it Made in England from the onset. Their cars are made in Britain so they wanted it to feel quintessentially British. I wanted that to come across in the places and in the casting.

DD: There’s such a realness to all the characters in the film. What was your casting process like?

Katy England: I worked with a casting director called Jess Hallett whom I’ve worked with for many years. I first wrote the treatment and then I imagined the characters I wanted. I knew they had to feel as real as possible. I almost wanted them to be the characters. So I avoided the normal groups of models and Jess and I did a lot searching through people we knew and through Facebook. As I was getting mood board-type images together I came across a girl called Angel Rose – the girl with the really bright red hair you see with the gang of people at the end of the film. I came across her on Facebook and I was just so drawn to her because she was always laughing and having a great time with her friends in all her pictures. We tracked her down and she came to the casting and she brought with her a ready-made gang of five! And it was like, oh my God, they are the perfect gang. They were friends and all looked flamboyant and gorgeous. And I just thought: these people are the characters. They’re the gang I imagined.

DD: Quite a few campaigns at the moment favour real people over models. What draws you to working with real people?

Katy England: I’ve done it since I began working, even in the early days of working at Dazed & Confused. Back then we did it because it involved no money, for a start. You were out, you saw great-looking people wearing amazing clothes and I’d be really drawn to them. Models are beautiful and have the most perfect bodies but often you don’t understand their personal style as much. Sometimes they might not know how to wear the clothes. Obviously they are taught how to, but when you see somebody who is just naturally stylish it’s a really attractive thing. I’ve always used real people in all my personal projects. I just gravitate towards that more. It’s always been around but maybe people want an authenticity again. Fashion’s been strictly business for quite a while. It’s definitely gone through a tough time of strict advertisers and less creativity. Maybe it’s a backlash and people are moving towards more of a personal approach.

DD: Did the personal style of your cast inform the styling you did for the film?

Katy England: When I am styling people I always look carefully at what their style is. I want them to feel comfortable and I want them to feel themselves and sometimes when you put something alien on somebody they just don’t relax so it prohibits what they’re doing. They wore some of their own clothes but they also wore a lot of my stuff and I kind of exaggerated their own style.

DD: Are there any youth tribes coming through right now that you think are interesting?

Katy England: When I was researching this I was really looking at real kids out there and they all seem to be an amazing combination of different styles. When I was younger it was very defined. You were a punk or you were a Goth. The way that they put their clothes together now is never just punk or just rock or just skate. It was always a really interesting crossover of all these types of tribes. It’s all mixed-up now and that’s what makes it seem modern and current.

DD: Your husband makes an appearance in the film as well.

Katy England: Yeah. That was just a little extra. I think Vauxhall quite liked that idea that he pops up. It’s a tiny moment, which I think is quite funny. Bobby is very supportive and always helping me.

DD: It’s great because it also underscores in a way that feeling of being an observer when you’re out driving. Sometimes you’ll randomly see a face you know walking past.

Katy England: Exactly. It is that thrill of driving where you don’t know what’s going to happen. And I think that’s why I started the idea of the road movie. I think being alone in a car is like your own personal space. We all have such busy lives and I have kids and it’s just chaos, so when I get in my car on my own and I can play the music I want as loud as I want it’s like a luxury moment. It’s a real sense of freedom I think.

DD: What was it like to suddenly find yourself in the directors’ seat?

Katy England: Amazing. I loved it. The process is very similar to what I’ve been doing for a long time – making images, casting, making stories for editorial – so it didn’t feel difficult. It was just really nice to have the final say and have it be completely my idea. Working with a great producer who can facilitate all your dreams was just a fantastic experience. You’re in a dream world. I just wanted to challenge myself and work with people who are skilled in that field on a completely other level. I’d love to do it again if somebody would have me! I felt so lucky that Vauxhall wanted to support me.

DD: How do you feel about fashion film right now?

Katy England: It’s an interesting time for fashion and film and it’s still in its early stages. I look at SHOWstudio.com an awful lot and I see young filmmakers and young students making the most incredible things. I guess I tackled it in a personal way but what I hope came across in my film was some kind of emotion and feeling. We all look at great movies and we get such a lot of emotion from them, but in fashion film we often get a lot of surface. You know, just attention to the clothes or crazy visual effects and yeah, that’s super interesting but I’d like to know if you can combine more feeling when you’re showing fashion as well.

DD: When the fashion film kicked off, so many people just started shooting moving fashion shoots.

Katy England: Yeah, they were extensions of fashion shoots. Often the client that was commissioning them they just wanted the extra bit of moving footage. And they tried to push the teams into ‘oh come on, we’re just going to shoot an extra hour and do a moving bit of film’. It can’t really work like that because it’s such a complicated, fantastic medium. It felt to me like we were being pushed to do it as fashion people but not with enough thought, attention, time and money. And you can’t have everything. If you’re doing a wonderful still shoot it’s a still shoot. That’s what it is. It’s not a moving shoot. And I think a lot of the industry approached it like it could just be tagged on and I don’t think it can. There’s obviously a huge value to it now that everybody looks at moving stuff, but I think it has to be approached a lot more carefully.