Julia Fox: ‘I just wanted to take something bad and make it good. For myself, but also for anyone else that has been in a fucked up situation’ 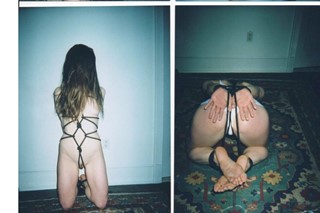 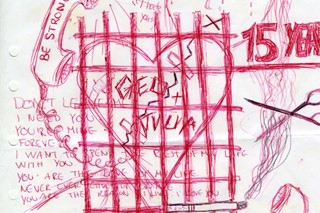 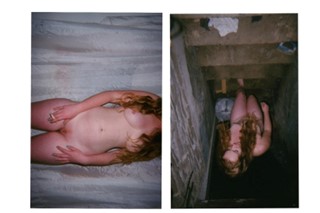 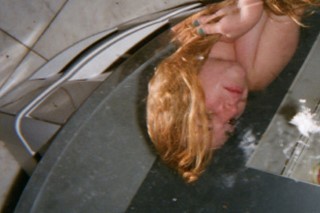 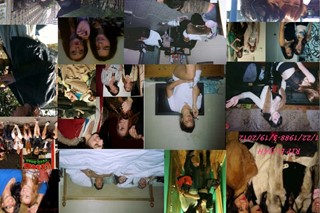 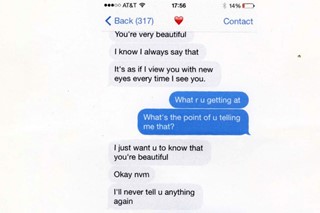 Symptomatic of a relationship gone sour: Heartburn/Nausea is a new book from artist/designer Julia Fox that details just how high the ‘highs’ can be and just how low the ‘lows’ can be. Launched at the recent New York Art Book Fair at MoMA PS1, the book chronicles three relationships that have had a significant impact on Fox’s life (more details below). Two of a romantic nature and one based on a friendship she had with a woman named Samantha. “I just wanted to take something bad and make it good. For myself – but also for anyone else that has been in a fucked up situation and then has to carry that weight around forever after. It's mainly about heartbreak and abusive, dysfunctional, codependent relationships,” she tells us.

“To give your heart to someone knowing that they have the power to break it, but doing it anyway. Heartbreak is a luxury in my opinion. In a lot of places in the world there's no time for that. People are worried about how they're going to get their next meal. There's no time to cry over someone. So when I see someone heartbroken and hysterical I almost want to be like, 'You're so lucky, shut up.' But you don't know pain unless you've had your heart crushed – but it's so good. It's like so fucking good.”

“Heartbreak is a luxury in my opinion. In a lot of places in the world there's no time for that” – Julia Fox

Raised in a Roman Catholic household in Italy during her formative years before moving to America to live with her father, as a teenager, Fox was diagnosed with Borderline Personality Disorder and found to be prone to ‘utilise impulsive behavior that impairs her judgment and sometimes results in poor decision making’.

She secretly fantasies about being a social worker in Alabama, yet instead plans to release a book about her personal experience with ‘modern Catholic guilt’. “As you can see from Symptomatic of a relationship gone sour I have definitely done my fair share of sinning, so I just want to recount my story and how I have come to terms with myself. I'm almost finished with it, but I still haven't re-read it though. I try, but I cringe and have to look away from the computer, it's very graphic and very real and uncomfortable. I go to church and I pray everyday, so I am happy to say that I do have God in my life today.” Below, Fox details each relationship that she explores in Symptomatic of a relationship gone sour.

“The first relationship I chronicle is about my first boyfriend, Geo. I was 15 when I met him. We took ecstasy together the same night we met and went to St Marks and got each other's name tattooed on us. Eventually I ran away from home to be with him while he was on the run. He had been arrested prior to him meeting me for stabbing someone in the eye. He had a lot of control over me, I became very isolated when I was in hiding and the thought of leaving him wasn't even an option. Even from prison he still controlled a lot of what I did. He is still probably one of the most charming, manipulative and intelligent people I've ever met. But definitely the scariest. When the police finally caught up with him, it was a blessing from God. I was finally free. “

“The second one is about my last boyfriend whose name I won't mention because it doesn't matter. We had a very tumultuous relationship. His drug use was a problem. I was very jealous since he was always asking a girl out or sleeping with prostitutes. I introduced physical abuse to this particular relationship. Sometimes he was so awful to me that I would lose all ability to rationalise. I stopped because he was hitting me back really hard. I thought that if I stopped, he would too. But he didn't and it only got worse. He did it to me in public, in front of his friends and even a few times when I was pregnant. I broke up with him and then he attacked me in a nightclub because I was talking to another guy . It made the news. It sucked.”

“The third relationship is with my friend Sam. She was my absolute best friend growing up. We did everything together. We lived in five apartments together. We worked as dominatrix's together. She has literally died in my arms before. We were very codependent, she was my crutch and I was her caretaker. I couldn't do anything at all without her at one point. If she left me for a few hours I would get really bad anxiety, almost like a withdrawal. And I would get jealous if she got too close to other girls. She always saw me as a mother figure almost. If she had a problem or someone was giving her a problem I always handled it for her. She was untouchable in my eyes. I felt like I had to carry her and protect her.”