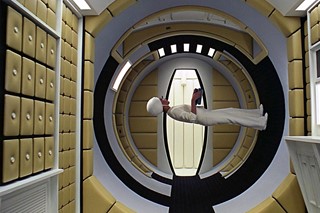 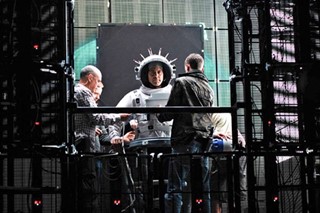 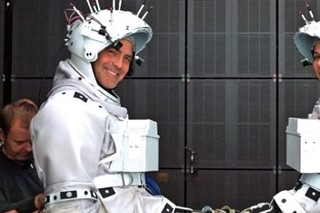 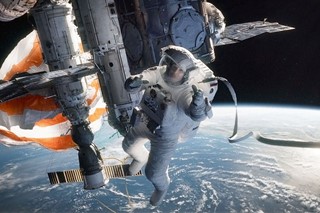 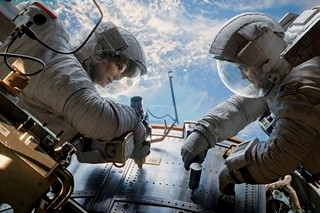 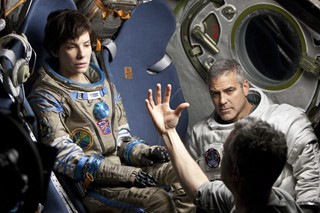 In just ten days, Alfonso Cuarón's Gravity has recouped its cost of $100 million and broken October opening weekend records (and probably a few pacemakers). To date, it has raked in $123.4 million, and its latest plans for a China release – it has just sealed the deal, being one of only 34 Hollywood releases that make up China's annual quota – make it a cinematic tour de force. On its most basic level, its appeal is purely emotional and visual. The story was adapted from one written by Alfonso's son Jónas Cuarón, "Desierto", a story about "adversity and the possibility of rebirth as the outcome of adversities," Cuarón Sr explained.

While Sandra Bullock's huffing and puffing and George Clooney's one-liners give the film dimension, its true feat is in the accomplishment of zero gravity. Cuarón first approached seminal director David Fincher (Fight Club, Se7en) for his thoughts. "He said, 'Wow, this is great! But you have to wait seven years for the technology to catch up. You cannot do this.' He was wrong because it was four and a half years!" laughs Alfonso Cuarón. "[Director] James Cameron said, 'Look, the technology's there – you just have to invent your set of tools,' and he said that we were going to be able to do it with maybe 400 million. I said, 'We’re going to have to do it for much less.'"

Cuarón elected visual effects guru Tim Webber, the man behind Avatar and The Dark Knight, to help him visualize a gravity free film set. So how exactly did they make it look like Bullock and Clooney are floating in space?

START WITH AN OFFICE CHAIR

"Christopher DeFaria, the visual effects executive of Warner Brothers, was our best friend and our worst enemy," says Cuarón. "He just pushes for the project in the studio and he convinces everybody to do it but he tells everyone it’s going to cost $2.00 and then you have to go back and struggle to get the rest. But Chris kept his own ideas because he thought this movie could be done in a much simpler way."

"He thought it could all be shot in an office chair, didn’t he?" asks Tim Webber.

"He said, 'All we need is an office chair with some grip moving the chair and a dude running around the chair with a light.' So we had to indulge him, and finally when he saw me, he saw my face and he didn’t make any other comment about it. And then we ended up shooting one little bit in an office chair."

David Fincher said, 'Wow, this is great, but you have to wait seven years for the technology to catch up. You cannot do this.' He was wrong because it was four and a half years

GO TO A PETER GABRIEL CONCERT

All the best ideas strike in the least likely of places. Namely, a Peter Gabriel concert. When tasked with the stumbling block of how they would light their characters in space, the team was stumped. "First of all we had to work out a way of surrounding the actor by lights everywhere, and yet still being able to get the camera to be active and not have the lights getting in the way," explains Webber. Director of photography Emmanuel 'Chivo' Lubezki concerned himself with the light in space. "Light in space isn’t like any other light, you know, because it’s unfiltered."

"[Emmanuel 'Chivo' Lubezki] was at a Peter Gabriel concert and that’s where he had his eureka moment of 'Let’s try the lights,'" explains Cuarón. "He came in and said, 'We can do it with LED lights.'" The team ended up building a 10 x 10 foot box that could extend both height- and width-wise. Two years and 1.8 million LEDs later they "could control the brightness of each of every single one to get the colors and the position of the lights".

With such a complex filming process and Cuarón's die-hard desire to get in his signature long takes, the trio of Cuarón, Webber and Lubezki had to pre-visualize (read: storyboard and virtually animate) the entire film before principal photography. "In order to be able to use these technologies, we had to pre-program this stuff. The pre-vis was not just going to be a guide for us to shoot, it had to be absolutely precise in terms of camera movements, choreography, positions, timings and light. So we started doing more precise pre-vis and [director of photography] Chivo started doing the animations so most of the lighting was done in the computer."

The robots were shipped right at the last minute and the night before we started shooting, nothing was working. The night before, we had a dummy there doing a test and the robot just went through the head like paow!

LED lighting was decided upon, but another puzzle remained. How do you recreate zero gravity? To simulate free floating space cadets, Cuarón enlisted the help of automobile manufacturing technology. These robots usually deal in autos, which meant toting around a 5 foot 7 Sandra Bullock was effortless. They also have the precision of movement (hence the pre-vis and pre-programming) that even the steadiest grip couldn't replicate for camerawork. "We were told it would take 6 months, so we took 6 months," says Cuarón. "We started shooting, we started building the whole thing. The schedule was that the box would be ready two weeks before shooting and the box was not ready until three days before shooting and the robots were shipped right at the last minute. The night before we started shooting, nothing was working. The night before, we had a dummy there doing a test and the robot just went through the head like paow!"

This guy was in charge and if things went wrong, he would have to press the red button. Well, realistically the robot is going at this speed, something goes wrong… Later I learnt that it was a prop just for Sandra’s safety!

PREPARE YOUR ACTOR FOR COMPLETE ISOLATION

Perhaps the set-up lent itself well to the poignant solo scenes that Bullock tackles with raw elegance, but Bullock was often in the 10 x 10 foot, LED-lined box for hours and often remained there during breaks, as it would take too long to take her out and put her back in. "The actor, mostly Sandra Bullock, was insulated – because once you had the box, then you had to close it and the whole point was the light around so she was insulated," explains Cuarón. "30 minutes to get her into the rig, another 20 minutes to get her out. In between takes she would usually stay there so she was insulated there."

"The only company that she had was this guy with a black hoody, who was sitting in a corner with a cable with a big red button. So she said, 'You know, I never saw the face of this guy.' He was the light box help. He insisted that he was absolutely covered in black so that he wouldn’t have any effect on the lighting. This guy was in charge and if things went wrong, he would have to press the red button. Well, realistically the robot is going at this speed, something goes wrong… Later I learnt that it was a prop just for Sandra’s safety!"

We were incredibly lucky that we had someone so a) willing and b) nice about it. I kept hearing Sandra saying 'Ah, I made a big fuss about that.' But really she hadn’t

GET YOUR ACTOR DANCING LIKE NO ONE IS WATCHING

While the technology was there to make it look like Bullock was floating, a lot of the naturalistic aspects of zero gravity were up to her. "It was more like a dancer doing choreography," says Cuarón of directing Bullocks movements. "It wasn’t about marks, it was about timing. So one, two, three (pause). Four, five, six. And it was very long takes, you know. I’m amazed with what Sandra did."

"We were incredibly lucky that we had someone so a) willing and b) nice about it," says Webber. "I kept hearing her saying, 'Ah, I made a big fuss about that.' But really she hadn't."

Gravity is both a technical feat and a visual triumph, but when filmgoers see Gravity, Cuarón wants the story and emotions to be the focus. "All of this technology is just tools. We don't want people who are going to see the film for the first time trying to figure out how the shots were done. I think people should experience the film for themselves."

Gravity is part of the London Film Festival, and in theatres November 8