Talking about the lost symbolism in Western society, the Paris-born artist explains how the concept behind her latest exhibit explores the relation between ritual and conciousness 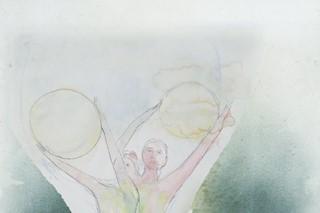 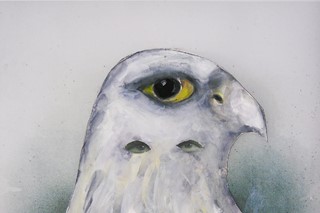 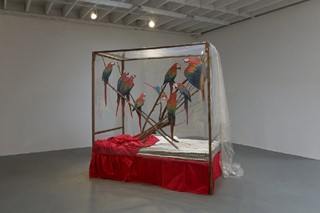 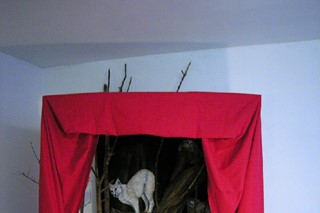 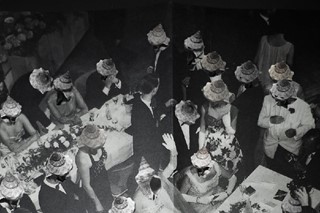 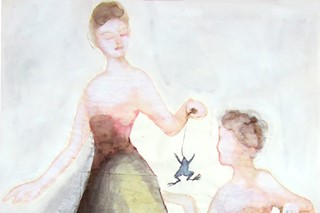 Once upon a time, before rituals had anything to do with daily routine, our ancestors experienced a world augmented without technology. Where death wasn’t anything to do with dying and logic was yet to replace gut feeling. Immersed in building this story is Mathilde Rosier, a French native, based in Berlin, fascinated by the links to be made between archaeology and psychology. Down the road from Sigmund Freud’s own home she’s created a space in which to question the godfather’s own fetish for Ancient Egyptian artefacts, despite his best efforts to be an outright pure bred scientist.

What we see of the structure is a paper replica of an apartment, complete with Rosier’s bed, a threshold for buried psychic states and paintings of animal masks, which remind us of how the shamans reconnect to nature. It’s a sanctuary away from London’s hectic pace in which to let our unconscious unfold but it’s also an exhibition cross referencing through influences as diverse as the discovery of Tutankhamun’s tomb to Jean Rouch’s controversial film, The Masters. Dream excavation touches psychoanalysis in a journey across civilisations beautifully irrational rituals.

Dazed Digital: How did Jean Rouch’s film The Masters influence your ideas on ritual?
Mathilde Rosier: Rouch devoted his life to Africa. He said he loved the continent because people smile there and he said they smile because they are not afraid of dying. We are afraid of dying so consequently we don’t know how to smile properly, we have a fake smile. The reason is our lives are driven by anxiety, the fear of dying that we have. This is the key aspect of my work. I am completely inspired by ritual and how by becoming modern in western society we rejected rituals because they were part of religion.

DD: Then do rituals allow us to exercise our fear of death?
Mathilde Rosier: Rouch shows a group of men going out to the bush one day to accomplish an insane ritual. They act in a grotesque fashion, mocking colonial masters in a horrible trance.Then they kill a dog and drink its hot blood. The whole event is violent, absurd and chaotic but the next day Rouch  finds the same men on the street in town looking healthy, in a way you seldom see in Europe. He feels that those men have less psychological problems than the average man in Europe and it is precisly because they have rituals as a way to exercise psycological problems. They talk about problems they have with cononialism through their body language. Mocking the whites is a way to exercise the violence.

DD: Do you think we’ve completely rejected rituals or we’ve taken on different rituals?
Mathilde Rosier: I think we rejected ritual. A ritual is an activity which is not driven by reason, it’s something quite absurd and it is precisely this absurdity that makes its strength. A real ritual has to be absurd because it has to defy logic in order to make the devotee or the person involved in the ritual. The ritual allows them to change or accept part of themselves which is not normally conscious. The ritual is another way to answer the realm of consciousness.

DD: As a place of transition your bed is a clever way of representing Tutankhaumn’s tomb, his own transition between life and death…
Mathilde Rosier: In western society we have completely forgotten the symbolic realm and the symbolic order. We read and see everything on a first degree. Before the enlightenment it was not the case that we decided logic was going to drive and explain the world. Before that a lot of the world was based on symbols and the realm of symbols was very important for people. Like in a fairytale today, when you read someone dies, you think it’s really about dying but there is also a way to just read it on a symbolic level. In a way, we can die several times on a symbolic level. Becoming a teenager is the first or if something terrible happens to you and you recover from that, it’s again another death. Each time you grow and grow and this perspective of life and death is much more positive.