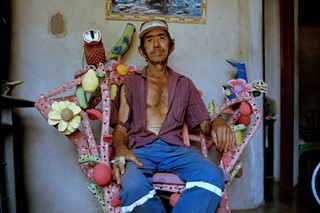 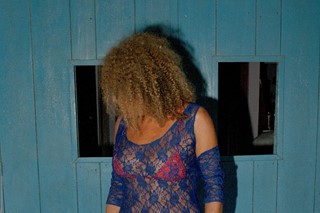 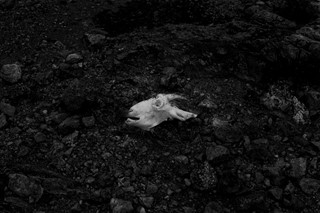 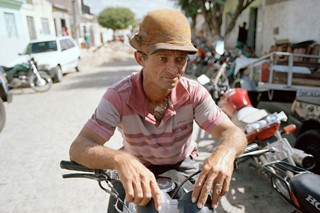 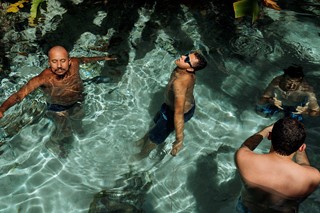 Brazil’s beauty lies in its diversity. Conservative ideals have wrecked the country’s environment these past four years, so to candidly document the vast number of communities that inhabit its arid sertãos, dense rainforests and sprawling prairies could be interpreted as an act of rebellion. Mico Toledo is a Brazil-born, London-based photographer and creative director whose newest personal project Quilo is a love letter to this side of his home country – one that was often silenced and disgraced by Jair Bolsonaro, Brazil’s far-right nationalist president who was voted out in October after a four-year term. It was a huge undertaking – a “monumental project” in Toledo’s own words – with the magazine set to start printing in the next couple of weeks.

The magazine, designed by New York-based design agency Porto Rocha, features a mixture of short stories and images from over 40 contributors, spanning countless miles within its 300 pages. The publication is political in its contents and message – even down to the title, Quilo, which refers to the term Quilombo, a settlement where escaped slaves would set up communities, acting as a safe haven for others to join and live away from the brutal regime that existed in Brazil for many years. A wide range of communities is highlighted within the magazine, from the cowboys who are situated in the northeast of the country, to the LGBTQ+ population of Rio de Janeiro.

Throughout his career, Toledo has focused heavily on capturing and preserving the stories of various communities, such as those of Standing Rock and east London’s Clapton, in a personal manner. It is his “empathy towards others”, he says, that inspires him to document other communities. “To take a portrait of someone, you have to establish a connection, you have to be vulnerable at that point of connection,” the photographer tells Dazed. Toledo goes on to say that his process of portraiture is about “stepping into other people’s world, putting their shoes on for a little bit and seeing what they see.” This approach is evident through the openness that translates across his photos – nothing feels contrived or artificial. The gentle portraits within his collections appear as if they could’ve been taken out of a family photo book – they capture an intimate, unfiltered moment in time with all of the subjects appearing entirely comfortable in front of his lens.

Toledo moved from Brazil to London 15 years ago, only becoming fully immersed in the culture of his home when he left. “I didn’t give a lot of value to the culture,” he says. “I didn’t grow up exposed to Brazilian music and culture so I had to seek that for myself.” It wasn’t until he left that he believed the “nostalgic feeling about Brazil” was awakened in him. “The separation between me and Brazil made me really appreciate what I left behind,” Toledo explains. Once he left Brazil, he often dreamt of taking a road trip through the country, admitting a longtime obsession with “the idea of the open road and the American road trips that photographers took in the past like Stephen Shore, or writers like Jack Kerouac.” The romanticism that both respective artists employ within their works mirrors the nomadic style of Toledo’s work. “[The magazine] is perhaps a way of me belonging to another community that I left behind,” he adds.

The photographer emphasises the importance of a project like Quilo, given the political climate of Brazil in recent years. “Any sense of culture in Brazil completely evaporated and vanished,” he says of previous President Jair Bolsonaro “[He] was really against any alternative voices that were not the voices of the conservative right.” Through Quilo, Toledo wanted to showcase stories that “broke free from this conservative idea in Brazil that there is one way to exist,” referring to the traditional, nuclear family ideals that Bolsonaro frequently talked so highly of.

The magazine has multiple contributors – including photographers Valda Nogueira, Tuca Vieira and Gabriela Portilho  – which allows for a more intimate, accurate insight into many of its featured communities. “There is no way that I as a photographer could capture Sepetiba in the same way that Valda Nogueira has,” Toledo says, as an example. “She had an incredible connection to this place, an intrinsic connection that was only hers.” The population of Sepetiba mainly consists of Quilombolas, the Afro-Brazilian descendants of slaves who escaped from the plantations that existed in the country until abolition in 1888. The Quilombolas community is one that had previously been caught on the receiving end of Bolsonaro’s discriminatory statements, with the former President being quoted as saying, “they don’t do anything. I don't think they’re even good for breeding anymore.”

The stunning project that the late Nogueira provided for Quilo is entitled Entre os Espíritos e os Peixes, or “Between Spirits and Fishes”. The collection is based around the small fishing village in Rio where she grew up, allowing her to capture practices such as the spiritually cleansing circle of fire and the Holy Week festivities – events which are unknown to most people from outside of the Quilombolas. Toledo believes the late photographer’s project symbolises “the whole magazine”: the powerful images documenting a marginalised community in Brazil, one rooted in folklore and tradition, where spiritism, catholicism and African religion all intersect to form multiple Afro-Brazilian religions. The inclusion of Sepetiba feels necessary due to the ongoing urban and industrial developments in neighbouring areas – the sea has been contaminated with metals, and locals are witnessing major cultural shifts within their communities, with their deep-rooted traditions at risk from modernisation.

Though the magazine is firmly rooted in Brazilian culture, Toledo took the decision to print Quilo in English. He wished to “show all the stories to people beyond Brazil,” continuing, “a lot of people in Brazil don’t know about all these stories but I felt the need to expand and explore them with a bigger audience.” The photographer says he feels lucky to be “able to assemble this incredible interaction of people in one place.”

When an artist is motivated by love and curiosity like Mico Toledo is, it often pays off in dividends within their work. Quilo tells the story of a journey through Brazil – narrative is something Toledo is “obsessed” with – as we venture through the country, learning at each step something beautiful about each community. He hopes that the magazine will bring people together, going on to say that he wants conservatives to see Quilo “in order to open their eyes and open their hearts. ”After all, he says, “we are all the same – we’re all looking for love and we’re all looking for a connection.”

For more information or to pre-order Quilo, click here