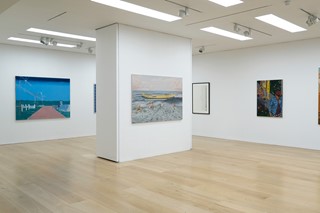 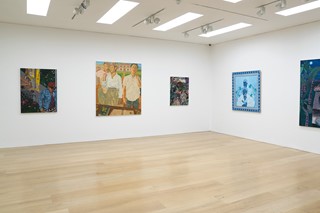 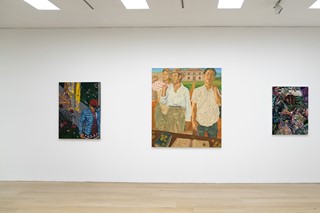 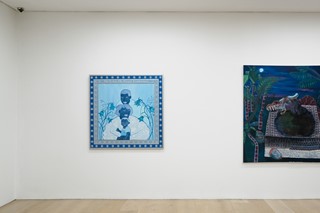 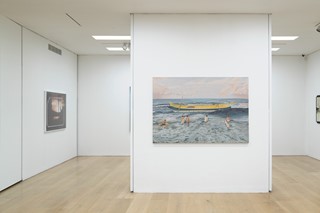 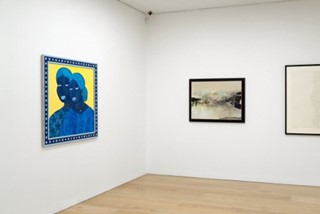 “I want everyone who visits the exhibition to have a confrontational dialogue around imperialism. To think about it, question it and observe the byproducts of the empire,” shares the Ghanaian-American curator and critic Larry Ossei-Mensah. It is this determination to articulate the history of British colonialism – one that is often ignored by the curriculum in the west – that forms the basis of his exhibition Ghosts of Empire II.

The show is inspired by Kwasi Kwarteng’s text of the same name that empirically examines, while avoiding any critical ideology, the aftermath of the policies and administration the British Empire had on an international scale. It is more expansive in its scope and considers how artists from the Asian and African diaspora use their practice to examine the residue of colonial policy, slavery, migration and the Black Atlantic and Asia Imperialist Trade Routes in the modern world while also looking inward and examining the politics of diasporic identity.

In its second edition at Ben Brown Fine Arts in London, the group exhibition featuring objects and artworks from 13 contemporary artists, including Adam de Boer, Delphine Desane, Jeanne F Jalandoni and Tidawhitney Lek, is not an exhaustive study of British Imperialism. But rather provokes conversation and questioning. “When I look at African or South-Asian objects, I am constantly thinking about what’s imbued in them and what stories they tell us.” shares Mensah, “While curating this show, I was interested in the conversations we aren’t having. I am interested in what happens when an artist uses their practice as a device to express agency, express perspective and tell their story. To comprehend a history that is purposefully not widely known.”

The exhibition reflects on this curatorial vision and presents work that sometimes translates more covertly into painting, photography and sculpture, while other times is confrontational of this history. Maia Cruz Palileo’s work that uses landscape as the protagonist is one striking example of the latter. Her oil paintings, which have evolved from extensive research on colonial depictions of the Philippines, remove the people in American photographic archives of the Philippines from their negative historical framework. Instead, in Palileo’s work, these conquistador-esque subjects are subsumed by their surroundings of animals, foliage, moons, and mountains, blending together historical fragments with abstract memories of folklore and her own family history.

Mensah, who also works as a writer, considers exhibition-making writing in its own right, “There is a particular fingerprint you develop when you’ve worked on multiple shows. You adopt a personal style of exhibition making that revolves around your specific concerns and focuses as a curator. For me, whether it’s curating or critiquing. I try to ask questions and determine if there is a gap in our knowledge. I want to highlight those communities that have historically been on the periphery of culture that, for me, are the bedrock of culture. More importantly, I want to create spaces to discuss these challenges cross-culturally because, ultimately, we’re all facing the same common enemy: white supremacy.”