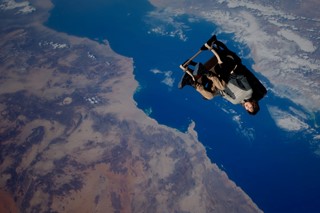 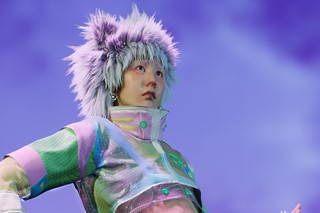 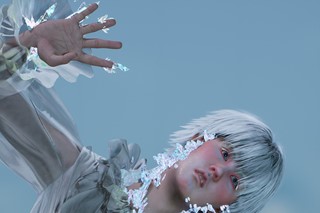 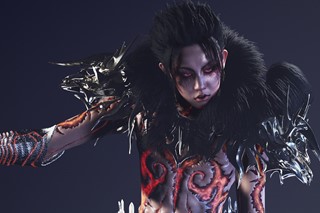 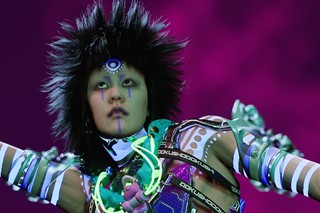 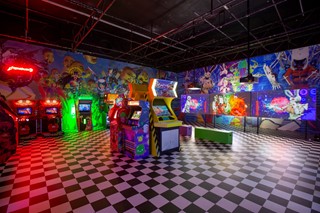 Experiencing Lu Yang’s sprawling virtual worlds is a pure dopamine rush. The Shanghai-based artist constructs techno-psychedelic realms that explore the human body through the lens of Buddhist iconography, videogames and sci-fi, where fantastical avatars embark on mind-bending odysseys across multiple dimensions, and neon deities compete in Dance Dance Revolution-style battles in the afterlife. Often set to pulsating, arcade-style soundtracks, Yang uses digital technology to extend their soul beyond its corporal form and into various avatars modelled on Doku, the artist’s 3D-scanned digital replica, or “reincarnation”.

LuYang NetiNeti, named after the Sanskrit expression meaning ‘neither this, nor that’, is Yang’s first solo UK exhibition, featuring immersive digital installations, an interactive gaming arcade, and a screening room of the artist’s greatest hits from across the last decade. “Many of my works are about the body, spirituality, and perspectives on the world,” they say. This includes “DOKU Binary God”, a brand new work commissioned for the exhibition, where heaven and hell engage in an epic dance showdown atop a yin yang symbol. Featuring a thrashing metal soundtrack, the two avatars – modelled on Doku, the artist’s 3D-scanned digital replica, or “reincarnation” – move in sync, eventually summoning a third hybrid character: the binary god.

For Yang, Doku is an extension of their soul in the digital realm, separate from their physical body – a ghost in the shell, if you will. “It is a copy of my soul reincarnated into the virtual world,” they confirm. Slipping in and out of these digital skins becomes a way to experience multiple embodied lives, both IRL and URL, breaking away from western, binary ideas surrounding life and death. “When I look at Doku, I sense my soul coming out of my body, like a near-death experience: looking at the body that is my own, but that which has nothing to do with me.”

Yang has created six versions of the DOKU avatar so far, corresponding to the six paths of reincarnation as described in Buddhism: Animal, Asura, Heaven, Hell, Human and Hungry Ghost. With apocalyptic shots of mountains stuffed with the dead bodies of past reincarnations, the show’s central piece “Doku The Self” recruits this all-star cast of avatars in a 35-minute video that sees Yang as a passenger on a plane, moving across various dream states and simulated realities: past and future, human and machine, life and death. “Like Buddhist meditation, [this avatar] allows me to experience and visualise another layer of the universe by identifying with my virtual selves,” they say.

Merging ideas of immateriality with neuroscience, Doku ascends into space before breaking down, pixel by pixel, until all that remains is a nervous system. The scene cuts to Yang laying on the floor surrounded by airplane debris. “To live life fully is to always be in no-man’s land,” reads the text emblazoned on their hoodie. Plunging the viewer into digital disarray, Yang reminds us that the mind exists beyond matter; it extends beyond the body, spreading through computerised networks and towards infinity.

LuYang NetiNeti runs from September 22, 2022 to February 12, 2023 at The Zabludowicz Collection