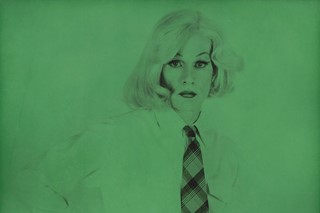 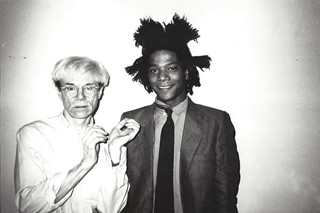 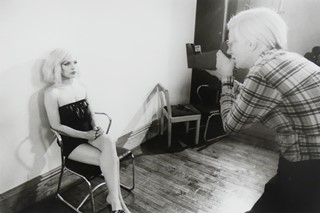 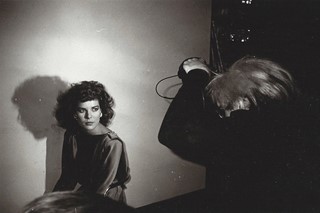 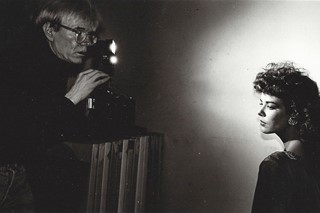 The New York-based photographer, Christopher Makos, was a confidant of Warhol’s from the mid-1970s until the artist’s death in 1987. Initially unenthusiastic about meeting the artist, Makos had turned down an invitation to Max’s Kansas City, a nightclub that was the go-to venue of Warhol’s entourage. “I was an outdoorsy, Californian guy. I wasn’t interested in going to a dark, late-night club,” he tells Dazed. “I didn’t need someone to help me define what ‘cool’ was. I already felt cool on my own.”

But Makos would eventually become a central and trusted member of Warhol’s inner circle. For this reason, he features heavily in the Netflix series The Andy Warhol Diaries, which details the artist’s turbulent life in the years following his near-fatal shooting by Valerie Solanas in 1968.

“Retrospectively, not going to Max’s that night was the best career decision I ever made,” Makos says today. Not long after, he was invited to meet Warhol at The Factory; his legendary Manhattan studio and party pad. Warhol and his Interview magazine editor Bob Colacello had been intrigued by Makos’ exhibition Step on It (1976) at 492 Broadway, in which photographs were presented on the floor of the gallery covered in plexiglass. “When we met it was as two artists interested in one another’s work, so closer to being on equal terms – I wasn’t just a hanger-on at the club.”

A close friendship developed from this point and they inspired one another, creatively and strategically. ”He needed to learn about photography, and I could provide him with that,” Makos explains. In return, Warhol imparted his wisdom about business. “I often refer to that period of my life as attending the University of Warhol. It was one of the best times in my life.” However, he adds, “I don’t look back with melancholy. I’m thoroughly enjoying my time now.”

Makos is certainly in-demand, which reflects contemporary culture’s unyielding desire to learn more about Warhol. Last month, he released the book Andy Modeling Portfolio Makos (G Editions), which shines a light on the artist’s early modelling career. “Warhol was a model for sub-zero refrigerators and a spokesperson for Air France,” Makos says. “He liked to endorse products like that.” Like any business, Warhol’s factory relentlessly produced and marketed the image of its best-selling product: the artist.

He also has a new show, MONEY, opening at New York’s Daniel Cooney Fine Art gallery next week. The exhibition will present another alternate and unexpected side of Warhol, including the collaborative Altered Image series (1981), which features portraits of the artist in drag. In the images, his trademark blonde headpiece has been replaced with a longer, darker wig and heavy cosmetics.

An artistic response to Man Ray’s 1921 photograph of Marcel Duchamp as his cross-dressing alter-ego Rrose Sélavy, Warhol and Makos wanted to create their own drag portraits. “We felt this was a reasonable amount of time to imitate them,” the photographer explains. Makos himself was also mentored by Man Ray, and includes a photograph of the legendary artist in MONEY.

“This collaboration was a play of identity. It wasn’t so much about needing to be feminine. Andy just wanted to be pretty” – Chris Makos

“Andy always felt like a weirdo or a freak, never like one of the cool kids,” he continues. “But whenever we did photoshoots like this, where he could dress up or look his best, he really enjoyed that. The Altered Image project took him to another level.” Makos also denies that Warhol wanted to express a repressed “feminine” side: “This collaboration was a play of identity. It wasn’t so much about needing to be feminine. Andy just wanted to be pretty. He liked being made up, and made to look good, regardless of the gender.”

In total, they created 365 shots of Warhol in drag, one for each day of the year, and with five different wigs. “Halston wanted to loan us a dress for Andy to wear. In retrospect and (perhaps mistakenly), we said no. We thought that by putting him full monty drag, it would go too far.”

A notoriously evasive figure, the Netflix series paints a picture of Warhol as a complex entity from the perspective of those closest to him. The darkness of his life is accentuated: his loneliness, ongoing health issues, his relationship with Jean-Michel Basquiat, and his troubled love life. In 1986, Warhol’s partner, John Gould, died of AIDS-related complications (it was Makos who had introduced the couple to one another in 1980). But Makos doesn’t want to focus too much on the sadder aspects of Warhol’s life: “Andy was a joyous guy. Being around him there was always a lot of laughter and fun.”

A master of altering his own image, it seems likely that Warhol’s truest self – or his interior life – will never be truly understood by the public. Perhaps following in the footsteps of his mentors, Makos knows what to reveal, and what to conceal. “Man Ray taught me that when you give a title to a photograph, provide more than just the description. There always needs to be a hint of another narrative, another subtext.”

The enduring paradox of Warhol is that although he ensured that his art and image would be known everywhere, we are still struggling to understand the hidden meaning.