Ahead of his American Black Beauty exhibition, Carter discusses the importance of the family album and documenting mundaneness, as well as the revolutionary force of Black style 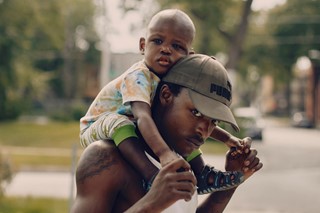 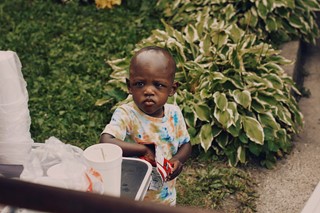 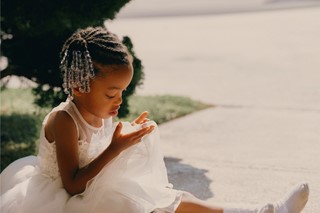 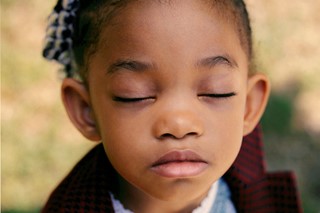 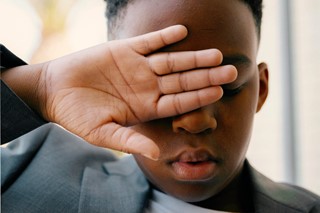 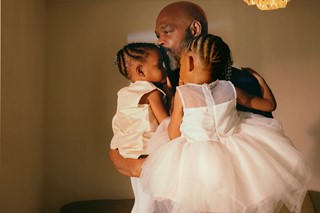 Photographer Micaiah Carter’s father, Andrew Carter, was one of the 300,000 Black men and women who served in Vietnam during the height of the Civil Rights movement. Although fighting in the nation’s first racially integrated conflict, they faced discrimination within the armed forces and were sent to the frontlines at a disproportionate rate. More than 7,000 would not make it home again.

Carter’s father was one of the lucky ones. The Air Force sergeant returned stateside, where he started a family of his own in Apple Valley, a small town in Southern California. An only child, Carter remembers his father sharing family photographs from a young age, instilling in him a sense of pride, knowledge of self and connection to his roots.

“The family album is really important in Black families,” Carter says. “My dad was always excited to share family history, the importance of the family name, and where I came from to know who you’re related to, who looks like who, and why a certain person acts certain ways.”

A love for photography and storytelling was a family trait, something both Carter’s father and grandmother passed down from generation to generation. Today Carter shares this passion with the world. Whether shooting Zendaya for Valentino, Wizkid for British Vogue, or Pyer Moss for Reebok, Carter uplifts each of his sitters with style and grace just as his father did for him throughout his life.

“My father wanted me to be myself. That was the biggest thing,” he says. “He wanted me to feel comfortable in that part of me so I would have that knowledge and not feel pressure from how America is sometimes.”

After his father died last year from prostate cancer, Carter turned to photography as a therapeutic tool to process his grief. He spent time with the young people of his family, photographing a new generation of Black Americans coming into their own and creating a new book of life in the Carter family album. Through his eyes, we see toddlers in a state of bliss and teens discovering themselves.

Understanding that photography is both a seeing and a being seen, Carter will show these photographs alongside his fashion and celebrity work. They will be exhibited along with archival videos and photographs from his father’s albums in American Black Beauty, opening February 11 at SN37 Gallery in New York.

“I’m printing these personal photos really big so that it’s almost like you are there with them,” Carter says. “I want people to feel in this moment how there is no fear, no trauma, no sadness – just seeing children and making sure we’re aligning our paths for the future.”

Celebrating the beauty of everyday life, Carter draws inspiration from his father’s work as an amateur photographer. Coming of age in the 1970s, Carter’s father captured the style and pride that defined the times as the Civil Rights Movement gave way to Black cultural nationalism and the aesthetics from the “Black is Beautiful” movement became a global phenomenon. Remixing natural hair and African aesthetics with flamboyant disco-funk-soul looks, Black America transformed fashion forevermore.

“My dad really captured what was there,” Carter says. “He had a great sense of style in general and you’re able to see that, not just from him, but from all the people. There was a true sense of individuality that I’m really drawn towards in my own work.”

Whether art or fashion, music or dance, Black American style has been a revolutionary force, as much an act of resistance and resilience as it is simply being one’s true self. “It’s the secret weapon,” says Carter. “Especially in America, where we had to create our own culture. I’m Black, but I’m also Native American. I have some Irish in me. All these different things in my bloodline – that goes back to creating your own language. We embrace certain traditions, family, food, just like we embrace music. Culture is a big part of viability because it’s free.”

Raised to be community minded, Carter understands that photography can uplift, inspire and empower. While visibility alone is not enough in and of itself, not all acts of representation are equal. For an image to catalyse positive change, it needs to be rooted in truth, love and respect so that when people see it, they can imagine a new future for themselves.

Carter looks to the work of photographers like Carrie Mae Weems and Gordon Parks, trailblazers whose work instilled new spaces for Black artists in the historically exclusionary worlds of art, media and filmmaking. “I feel like they were making work for themselves, but they knew the meaning beyond that for legacy,” Carter says. “That’s something that’s very important to me. We can see and highlight these moments that are actually like life. That’s something I want to relate to my work – having these moments of mundaneness in Black lives is so precious.”

Carter created American Black Beauty after recognising that he needed to create personal work that explored these ideas. “There is a greater meaning beyond myself,” he says. “When my dad passed, it ignited me to get the feelings out in a creative way. I started thinking about my own journey in America, how I see beauty, and asking, ‘What does “American Black Beauty” mean?’”

A search turned up a 2005 film about a wealthy, orphaned white teen who moved to a horse ranch – easily the farthest thing from Carter’s mind. “I feel like there’s a lack of understanding or really getting into the nitty gritty of Black America, especially people that are my age. We know the people in Black History Month books, and things like that but what about my niece and nephew who would love to be famous, but they’re not?”

This is the space American Black Beauty navigates. On the first floor, Carter hangs the portraits of his family, while the second floor shows his fashion work alongside photos his father made in the 1970s. “It’s almost an Afrofuturist outlook on Black beauty and Black intelligence,” he says. “I would like to see a world where we’re not creating based on our trauma – we’re creating based on our creativity. It’s giving people a chance to be seen.”

Micaiah Carter: American Black Beauty is on view at SN37 Gallery in New York from February 11 until March 27 2022