As part of new exhibition Berl-Berl, Danish artist Jakob Kudsk Steensen has created a liquid world that merges Arca’s raw voice with the sounds of amphibians 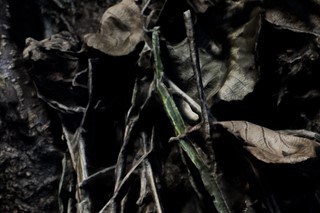 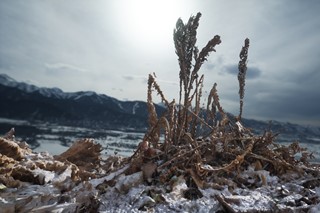 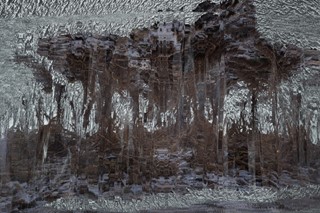 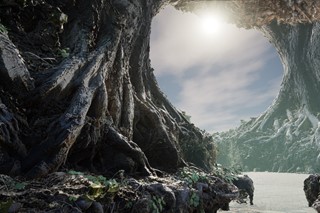 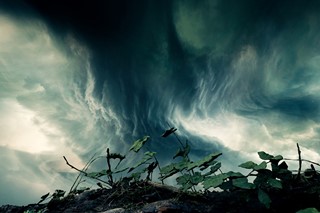 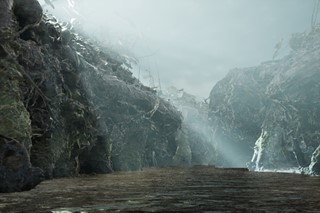 Berlin is transforming. The city known for its sweaty techno raves and underground parties still seems to be asleep, but there’s something cooking. Right next to the infamous nightclub Berghain, a new art show has opened its doors. “I think about Berlin as this transformative space, a city that is transitioning into something else,” says Danish artist Jakob Kudsk Steensen over video call, backstage at Berghain. “I try to embrace that with the project, to create a type of work that didn’t exist before.”

Berl-Berl is more than an exhibition, it’s an immersive experience. A metamorphosis of senses. As if you’ve been swallowed up and spat out right into a virtual world where glitchy amphibians suddenly turn into the bark of a tree. Where you feel like meandering around gleaming roots while listening to the twittering of birds. Known for morphing art and technology, Kudsk Steensen invites you into the inner life of the swamp, the protagonist of the art show. Actually, the word Berl does not only refer to the first four letters of the German capital, but also to the ancient Slavic word for ‘swamp’.

Spread over two floors and various LED screens, Berl-Berl takes you on a trip through the local wetlands. While the ground floor shows the world below the swamp, with roots, soil, and water, the first floor hosts the heart of the exhibition: a gigantic monitor surrounded by smaller screens showing the world above, including plants, insects, and the sky. Visitors are welcome to sit in front of it, on a reflective, liquidy floor. One minute you’re floating underwater, the next you’re flying sky-high.

What feels like a dream world is, in fact, based on reality. Made of individual pieces of multiple swamps, the artist spent months researching and exploring the wetlands around Berlin-Brandenburg. “Last summer, I rented a canoe for two weeks and travelled through the wetlands, just on my own,” says Kudsk Steensen, who works using a method called macro photogrammetry where he takes a very large amount of images of a single object. “We took between 500 and 2,000 photographs of each object from all angles,” he explains. The computer then transforms them into individual 3D objects which will be later manipulated. Creating this virtual landscape became a massive process that took the Berlin-based artist a whole year.

“In the beginning, I thought I was just making an immersive show, with some nature sounds, some screens, and some things that are moving around,” he says, “but when I walked around in the space, I started to whistle and clap and noticed the echo.” Referring to the vast walls, Kudsk Steensen started to think about Berghain as a cathedral. A space built for singing, one that requires a human voice. To create a church-like singing without rational words, he invited legendary musician Arca to join the project, one of many collaborators and experts. Over several months, both artists were sending each other pictures and stories back and forth before the actual recording happened. “She just goes hardcore in the studio, improvises, does a session, and then we get it back, play with it, and did a second session,” says Kudsk Steensen about the process of collaborating with the Venezuelan icon.

“(Arca) just goes hardcore in the studio, improvises, does a session, and then we get it back, play with it, and did a second session” – Jakob Kudsk Steensen

For the artist, Arca’s singing is almost the rawest element of the work. Her voice merges with the digital environment that includes the sounds made by local amphibians that Kudsk Steensen sourced as part of the collaboration with The Natural History Museum and their archive dating back to the 1960s from the same landscapes. “It's a play with time and movement and mixing all together but making it feel like one cosmos even though it's so fragmented,” he adds. It’s something the Danish artist likes to refer to as “touching time”.

For Kudsk Steensen, it’s essential to explore and really go into the physical environment before he starts to create anything digitally. “When you now hear a recording of a frog from 70 years ago meeting the present, it sounds different,” he tries to explain. “I think that we can touch time. We have access to imprints of things in the past that we can actually touch and sense.” With Berl-Berl as an artwork, he hopes to inspire lost sensibility, a way of feeling, moving, and sensing an environment. To visualise once again how important it is, to take care of what we see before it’s vanishing.

‘Berl-Berl’, commissioned by LAS, is running at Halle at Berghain until September 26 2021. A virtual performance by Arca is taking place on BerlBerl.world in September 2021.