The radical, internationally-acclaimed artist has stripped the Paris institution to its bones for her Natures Mortes Carte Blanche series show, with painting, performance, physical and still life making it a multi-sensory experience 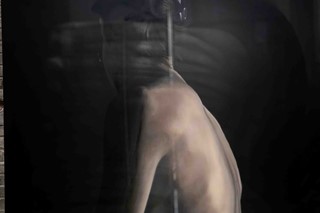 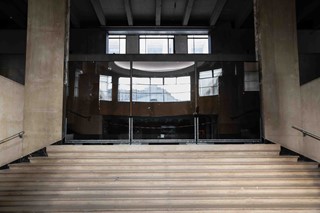 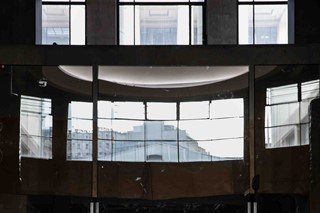 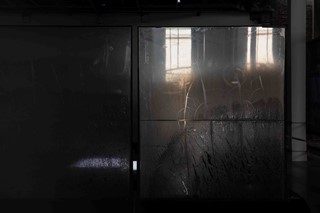 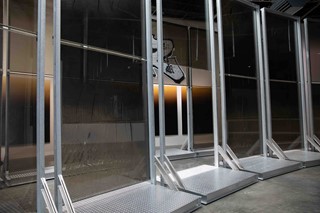 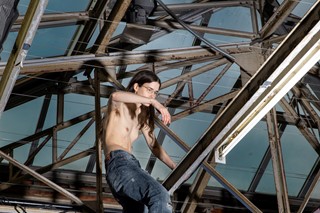 Anne Imhof has established herself as one of the most radical, expansive-minded artists right now. Her work spans art, music, and fashion – trained in Frankfurt and immersed in its ars and clubbing scene, she has went on to most recently collaborate with Riccardo Tisci for Burberry’s SS21 collection, while acclaim has come from her relentless and raw performance of Faust (which is also a fantastic album), captivating the audiences of the 57th International Art Exhibition of La Biennale di Venezia to her the Golden Lion. Now, Imhof is besieging the iconic Palais de Tokyo with a sprawling and challenging new exhibition.

The ‘Carte Blanche’ at the Paris institution sees Imhof take over the entire space and strip the interiors to its bare bones, exposing the structures to make space for her performances, music, painting, and installations in a topological experience for spectators. The physical space is a sight to behold, having been fitted by Imhof with a glass maze with gaps and considered light and dark shades that go into the underbelly of the Palais, and punctuated by Imhof’s still lifes, wilted flowers, and burned-out candles for a multisensory visitor experience. Imhof picks up a growing legacy of the carte blanche series, which has always been ambitious, long interrogating the physical space of the Palais and its means, beginning in 2013 with Philippe Parreno, followed by Tino Sehgal (2016), Camille Henrot (2017) and Tomàs Saraceno (2018). The last time Imhof bewitched the Palais was back in 2015, where she presented her performance work Deal at the Palais for Do Disturb festival.

Spring, Summer, and Winter 2021 at the Palais elevates her conceptual ideas around the body, shared myths, fears, and personal histories, and her own evolving, malleable artistic practice. It is in conversation with artists of the past and contemporary, speaking to the dark romance of artists from Delacroix to Goya with its occult references, to the 30 invited guest artists and collaborators including musical composer Eliza Douglas with whom Imhof worked on the show Sex and and her three-act opera Angst with. It is an opportunity, as we emerge from the pandemic, to consider new perspectives on life, its traumas and possibilities.

“Haunted by painting, the fleeting cycle of life and the disruptions of the present moment, she composes therein her Natures Mortes (still lifes)-memento mori to the here and now,” a statement from the institution reads. “We are encouraged to walk the space between life and nonlife, darkness and light, past and present, stillness and action, intensity and disenchantment, and to freely trace our own path across this vast, open scene.”

You can view Carte Blanche to Anne Imhof, Natures Mortes at Palais de Tokyo, From 22 May 2021 to 24 October 2021 and buy tickets here