The 1950s artworks will feature in an upcoming Tate Modern exhibition and a new book, Andy Warhol: Early Drawings of Love, Sex, and Desire 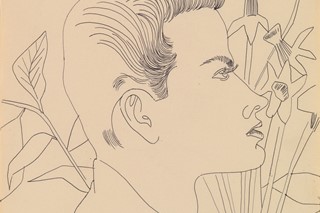 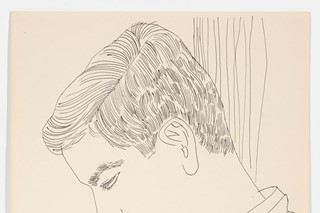 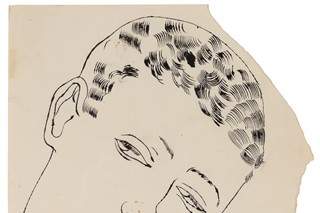 Taschen’s Andy Warhol: Early Drawings of Love, Sex, and Desire will include hundreds of drawings which date from the 1950s, when Warhol was a commercial illustrator, years before he made the Brillo boxes and Campbell’s Soup cans that cemented him as one of the world’s most renowned artists.

According to the Andy Warhol Foundation, when the artist tried to exhibit the drawings in 50s New York, he encountered homophobic rejection from gallery owners. The foundation’s Michael Dayton Hermann told The Guardian that the drawings show an “emotional vulnerability in a way that a camera just doesn’t”, adding that “a lot of times you don’t see that in Warhol’s work”.

He continued: “When you have a drawing of someone, the artist’s hand is there. There isn’t a barrier between the artist and the subject… it’s a much more personal and intimate way to capture someone, and it tells you a lot about the artist as much as the subject.”

Research for the book included interviews with artists who remember Warhol’s rejection by galleries in the 50s. “That these works were created by a practising Catholic in the United States at a time when sodomy was a harshly punished felony in every state illustrates that, even at a young age, Warhol embraced the role of the non-conformist,” said Hermann.

He explained that Warhol was an artist “who put sexuality at the centre of his work from day one”, adding: “He was challenging the world to see things differently and he wasn’t successful at it in the 1950s because people weren’t ready for it.”

The Tate Modern’s Andy Warhol exhibition will be on show between March 12 and September 6.