At 17, Lindo Sobekwa captured a burgeoning crisis in his home country. Now a Magnum nominee, he speaks about producing deeply personal photography on the issues affecting his community 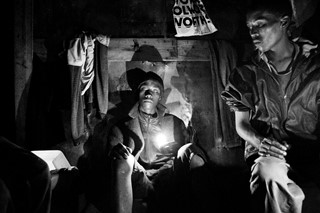 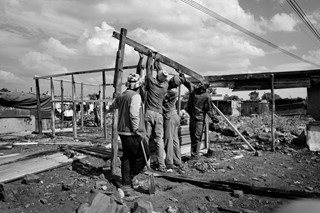 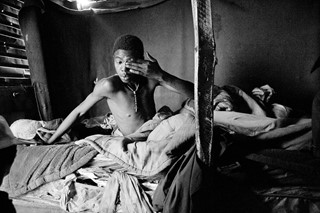 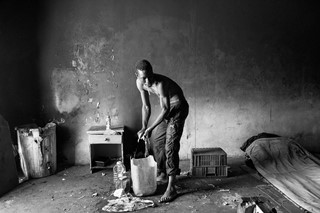 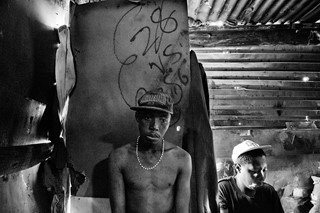 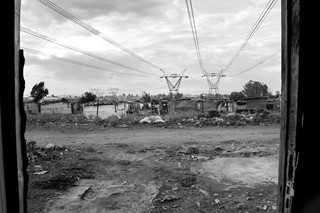 Around the year 2013, a new drug came to the attention of international media. Nyaope, a uniquely South African drug cocktail was ravaging black townships across the country. The heroin-cannabis mix was said to be cut with rat poison, cleaning detergents, contraceptives, and medicine used to treat HIV. Channel 4 called it “crack with a twist” and Vice made a documentary titled “Getting High on HIV Medication”.

At the time, Lindokuhle Sobekwa was 17 and had recently been introduced to photography through his high school in Thokoza, a township in the southeast of Johannesburg. One day, he was shooting an assignment in his local area when boys who used nyaope asked him to take their picture.

“I was walking in the streets and I met this group of guys. Some of them I grew up with and invited me to come in and take a portrait of them,” Lindo recalls. “I was doubtful to go inside when they asked me to take portraits of them I thought they were going to steal my camera, things like that… But part of me was like ‘just go in!’ At the end of the day, they’re humans. They’re like you and me.”

Nyaope addicts are known for resorting to theft to fund their habit, something which has led local residents to organise beatings and mob justice. The issue is not limited to his township, Lindo says, as nyaope is “slowly eating the peripheries of southern Africa.”

Though “Nyaope series” tells the story of a pressing, far-reaching issue, the series was deeply personal for Lindo. “I’m photographing people that are my friends. They’re my neighbours.”

The project became collaborative, as Lindo printed out the pictures and brought them back to the boys. “In my mind, that was the right thing to do, to give back the work that I made to the people,” he says. “That's a way of allowing them to see how you see them.”

The boys sometimes disliked the pictures. “If they see something that they don’t like, they will come to my house: ‘I don’t like how you photographed me or how you presented me in this way.’ They would criticise what they didn’t like about it. That was a learning curve for me. The images they didn't like were excluded from the whole selection.”

In 2017, Lindo received the Magnum Foundation’s Photography and Social Justice scholarship, an award that offered him training and mentorship to create socially engaged documentary photography. Back then, the photographer had finished school and was at a crossroads – torn between his passion for photography and the need to get a job. In a country where unemployment is concentrated amongst the youth, his only option, he says, was to work at the mines, once the driving force of South Africa’s economy.

“(The program) not only helped me to make work but it helped me to survive as well. It really saved me from a big decision that my family was about to make of me stopping photography and going to work. I had to do something. They were worried about my future. Photography is not something they see as a career.”

“I’m photographing people that are my friends. They’re my neighbours” – Lindokuhle Sobekwa

Now a Magnum nominee, Lindo is part of a new generation of photographers filling an urgent need to diversify the agency. Since its origin in 1947, Magnum photographers have taken some of the most iconic pictures of the 20th century, producing a visual language through which westerners understood people of the world. But that legacy is inevitably tied with colonialism. Nowadays the image of the globe-trotting photojournalist – a white man taking pictures of “natives” – is evolving as conversations about class, race, and gender emerge.

“We don’t need any photographers to come document what is happening because anyone can take pictures of it,” Lindo says. “For me, what is interesting is that now, since everyone has a camera, that gives us the opportunity to look inwards.”

Turning inwards, for Lindo, has meant scrutinising the issues that affect him and the people around him. The first series he ever shot, while still a high school student, was a collection of snapshots of his township. “I Carry Her Photo With Me”, perhaps his most personal work, is about his sister Ziyanda, who disappeared for 15 years and died soon after Lindo’s family reconnected with her. Another project, a collaboration with photographer Cyprien Clément-Delmas, tells the story of Daleside, a racially-mixed working-class community, south of Johannesburg.

Lindo talks passionately about Ernest Cole, an unsung hero of South African photography known for House of Bondage, a 1967 book of mostly clandestine pictures of life under apartheid. “The images that were made here during apartheid times (...) helped the outside world to realise what was happening in South Africa and that slowly led to change.”

Yet, as much as he praises photography with a conscience, Lindo is not a wide-eyed 24-year-old: “Photography doesn’t change things on its own.”

“Maybe I’m naive! I don’t know. But I think photography is a step that leads to change. You don’t just look at a photograph and think ‘Ok, let’s change that.’ You have a conversation and you focus on the issue. Even though things get lost in translation, it’s really helpful that (photography) can help us have a voice.”