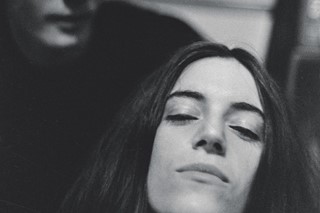 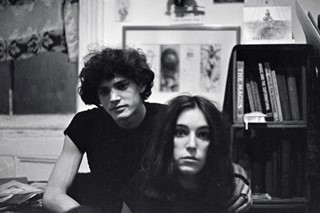 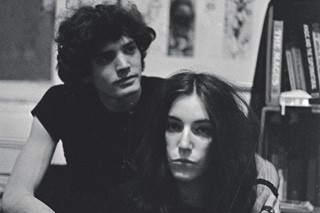 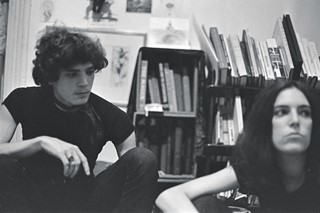 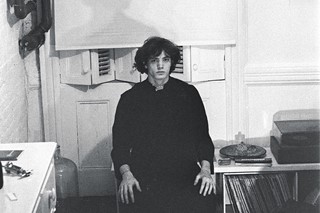 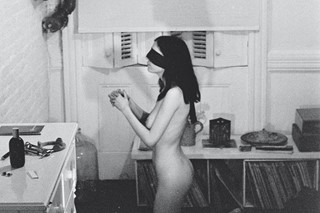 If you were to tell Lloyd Ziff in the summer of 1967 that he’d just photographed one of the most prolific artist couples of the 20th century, he probably wouldn’t be too surprised. “I mean we all were going to art school but they were already artists,” he says. Now a Los Angeles-based photographer and art director, Ziff attended the prestigious Pratt Institute in Brooklyn, where he met fellow student Robert Mapplethorpe. The two lived in cheap apartments (the sort you’d associate with young bohemians in the 60s) in walking distance from school – Ziff on his own, and Mapplethorpe with his girlfriend at the time, a then-unknown Patti Smith.

“A lot of people were wannabe artists but Robert and Patti were artists – they had an intense look about them,” he remembers. “They had a desire for recognition, you could feel it, and it was just obvious.” His book, aptly named Desire, chronicles those ‘calm before the storm’ early days in Mapplethorpe and Smith’s careers through two key moments in 1967 and 1968. They’re the sort of instances you’d read about in Smith’s memoir, Just Kids (the 1968 set of photographs actually feature in the book’s extended edition), and depict Mapplethorpe and Smith as just that: two young, attractive artists in their early twenties, hungry for their big break.

In Ziff’s first set of photos, black and white portraits of the pair taken in their small apartment in Hall Street, Brooklyn, we see Smith and Mapplethorpe staring intensely into the camera lens, to a backdrop of vinyls, books, sketches, and paintings, crammed into shelves and tacked across almost every inch of wall. “Robert and Patti were so young and beautiful, and intense,” he recounts. Ziff, then-28-years-old, had asked Mapplethorpe earlier that day if he could swing by to take photos of him and Smith – that is, before realising how little money he actually had to develop the film. “You can see from the contact sheet that I only shot half a roll of film,” he laughs, before adding: “I developed the film in the closet. You can even see from the contact sheet that a little bit of light leaked in and a couple of the frames were ruined!”

He recalls a particular moment in 1968 when Mapplethorpe asked if he could come over with Patti to Ziff’s place in Greenwich Village. The idea was that Ziff would take naked photos of the couple for a film project Mapplethorpe wanted to do. It would be the following year that Mapplethorpe would pick up a Polaroid camera and start shooting himself. “I’d never shot in a studio with lights or anything so they just came over to my little basement apartment,” he explains. “We bought a light bulb and clamped it onto a wooden chair, they took their clothes off, and I shot the pictures.” While the project, which Mapplethorpe called the “Garden of Earthly Delights”, presumably after Hieronymus Bosch’s painting of the same name, never came into fruition, the images – individual shots of each in profile, kneeling, their eyes blindfolded and their hands in prayer – hint at both Mapplethorpe’s strict Catholic upbringing, and a foreshadowing of his erotic, bondage-heavy work to come. “He lost interest in it,” Ziff continues. “But the most interesting thing was when (Patti) said to Robert, ‘You know Robert, if you wanna take pictures why don’t you learn how to do it yourself?’”

“The most interesting thing was when (Patti) said to Robert, ‘You know Robert, if you wanna take pictures why don’t you learn how to do it yourself?’” – Lloyd Ziff

It’s hard to imagine a time in Mapplethorpe’s life before the boundary-pushing images of nudity, sexuality, and fetishism that later came to define the photographer’s work. It was in 1972, a few years later, that Mapplethorpe would meet art curator Sam Wagstaff, who would prove his mentor, patron, and first lover in his life-defining road to sexual awakening. “Robert and I sort of recognised something in each other, sort of subliminally that we never really talked about,” explains Ziff. “We may have both been gay but nobody really talked about that very much in the mid to late 60s, unless you were extremely flamboyant. But Robert was living with Patti and I had a girlfriend every once in a while so it wasn’t something we talked about very often.”

Despite this, Ziff describes the 60s as one of the greatest decades of his life. “We were art students and everybody was a little bit arty and a little bit weird. It was the end of the 60s and people were just getting really stoned on whatever, so everybody was fairly intense,” he laughs. Yet, looking at these images, knowing what we know now about Mapplethorpe’s premature death from Aids in 1989, there is a strong sense of foreboding, which can feel almost like mini premonitions. In “Frame 20A”, for instance, Smith is in the foreground, in focus, while Mapplethorpe sits behind her: a handsome blur in black and white, eyes blackened from the shadows cast by his curly hair.

For Ziff, the images showcased in Desire function as a time capsule. “It’s not that I pulled them out of the drawer or from under the bed after 50 years, I’ve been aware of them all these years, I just never did anything with them,” he says. “What really pleases me is I get to put them out in the world and share that moment in time, which was really a long time ago, with everybody who now might be interested in it. That’s a really satisfying, beautiful feeling to think that I did something that people are interested in, and all these years later. It’s not only because Robert and Patti became legendary art figures, but because the pictures are pretty good too.”