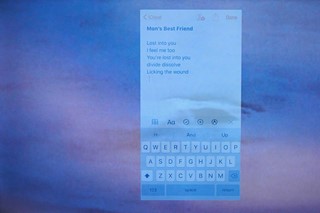 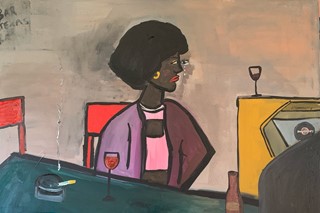 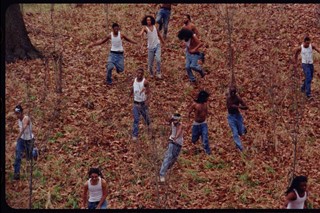 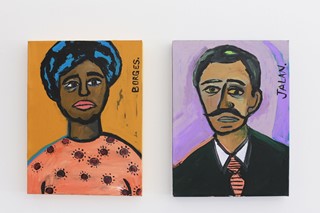 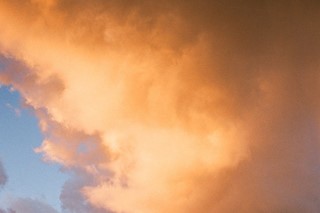 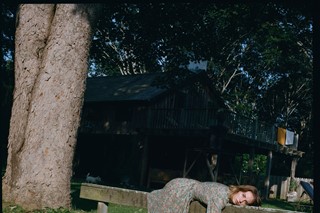 There’s a quote by the Harlem Renaissance late poet Essex Hemphill in his series Ceremonies: Prose and Poetry that reflects on what it means to be both black and gay in 1980s America. “The black homosexual is hard pressed to gain audience among his heterosexual brothers; even if he is more talented, he is inhibited by his silence or his admissions,” it begins, before continuing: “This is what the race has depended on in being able to erase homosexuality from our recorded history.”

Hemphill’s words – expressed in a hallucinatory haze of loose sentences and intimate imagery – embody what James Baldwin once described as “the doom and glory of knowing who you are”. It’s also the central idea explored by Dev Hynes in an upcoming exhibition, Thoughts become words, words become images, at HVW8 gallery in Los Angeles. Inspired by Hemphill’s Ceremonies: Prose and Poetry, and the author’s musings on the queer black experience, his video installation examines the ambiguity and vulnerability of being black and gay in America today, as well as the “unspoken sadness” of depression he faces as a black man.

With a focus on exploring the interplay between literature and art, and the mental images that emerge when reading books, Thoughts become words, words become images invites six artists – Gia Coppola, Kelsey Lu, Lily Gavin, Cassi Namoda, Amanda Charchian, and Hynes – to create visual artworks based on a piece of literature chosen by the artists themselves. “At the very beginning, my goal was to find an alternative format to the old-fashioned book club, to make it less exclusive and keep the literature a vital part of the culture,” curator Anaïs Ngbanzo tells us. “Today, we most often see the adaption of art from book to film, but there are so many other mediums of expression.” Just think of René Magritte’s 1962 “Domain of Arnheim”, inspired by Edgar Allan Poe, for example, or Picasso's 1955 sketch rendition of “Don Quixote”. “I found it interesting to bring together a diverse group of artists all sharing their interpretations or critiques of literature under one roof.” While the mediums range from photographs, paintings and short films, one thing is certain: each artwork is strictly personal. Intimate explorations of identity, desire, and self-love, each piece is meant to “evoke our common humanity in narratives with which we can identify”, even if the artist’s lives are different from our own. 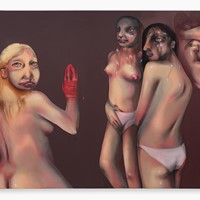 Among them is film director Gia Coppola who, aside from directing her first feature film Palo Alto in 2013 and notable music videos for Dev Hynes’ Blood Orange, is also a budding photographer. For her contribution to the show, Coppola looked to Joseph Conrad’s Victory, an adventure story about a dreamer-drifter Axel Heyst who sails across the tropics, before coming across a young English girl, Lena.  Her photographs “Somewhere in Los Angeles Valley” and “Portrait of Maya Hawke, The Hamptons” explore these feelings of wanderlust: “Victory has so much lust and longing as they sail along the tropics. As I was looking at this sunset, it made me think of and feel that mood. One of the main characters of the book, Lena, is such a strong female lead.”

Also in the show is musician Kelsey Lu, whose project “Man’s Best Friend” – inspired by her own writing – is a poetry-film written and directed by Lu herself, and includes intimate words such as, “lost into you/ i feel me too/ you’re lost into you/ divide dissolve”. Elsewhere, photographer Lily Gavin evokes the words of John Berger from his formative text Ways of Seeing, which reads: “Because of the camera, the painting now travels to the spectator rather than the spectator to the painting. In its travels, its meaning is diversified.” Here, Gavin selects two photographs of paintings made in Mexico this year, black and white silver gelatin prints that are meant to convey, in her own words, “who I was at the time of making them”. On this reading, truth can be defined by an individual’s subjective experience, or rather, their personal truth – a theme that can be seen across all six artworks in the exhibition.