17April 2019
TextLexi Manatakis
In and Out of Warhol’s Orbit: Nat Finkelstein8 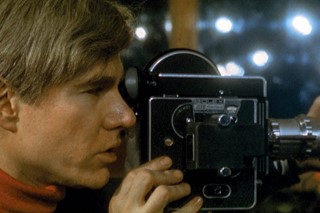 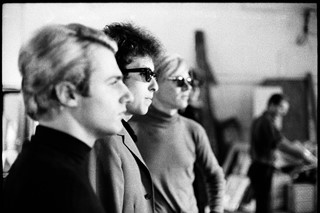 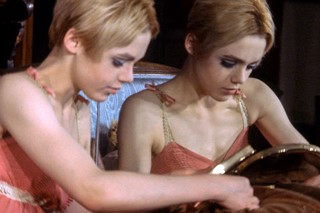 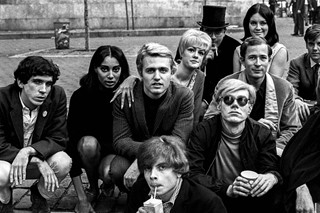 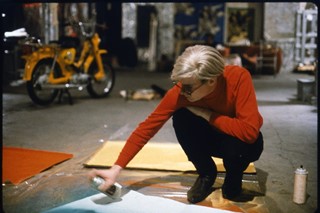 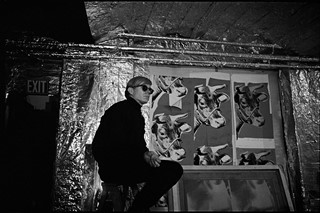 In 1964, American photojournalist Nat Finkelstein was asked by his agent to cover a launch at the Huntington Hartford Museum. Armed with his camera, Finkelstein went to cover the event, only to be met by cheese eating, wine drinking aristocrats. One woman caught his eye though, and little did he know, she would soon become his inevitable entry into Andy Warhol’s lucrative Factory.

Finkelstein approached the woman. “What are you thinking about?” The woman’s response was rife with the sexual energy that filtered through the 1960s. “Sex!” she replied. Soon enough, the woman took Finkelstein to a Warhol party at the Factory, where they became utterly consumed by the club’s wildness and had sex on the couch. “I said to myself, my god, people here are kind of crazy,” Finkelstein reflected in a 1999 interview on Planet Group Entertainment. “The music is great, the art is simply fantastic, this is really the rotten underbelly of the American bourgeoisie, I think I’d like to come back!” And the image maker did, this time with the intention to document what he saw.

Finkelstein returned to the Factory three or four days later and was hired by Warhol to be the club’s in house photographer – something Finkelstein attributed to Warhol’s obsession with fame. By that time, Finkelstein had photographed subjects like popes and the President, for publications like the then esteemed Pageant magazine, and he was represented by leading agency Black Star. These characteristics largely attracted Warhol, an artist forever obsessed with fame. Finkelstein went on to photograph the Factory for three years, between in 1964-67, capturing candid moments of starts like Warhol, Edie Sedgwick, Bob Dylan, Marcel Duchamp, and more as they made art, partied, and revelled in the studio’s Warholian hedonism. Now, ten years on from his death, Finkelstein’s work is being celebrated through a retrospective exhibition, In and Out of Warhol’s Orbit: Photographs by Nat Finkelstein, showing at London’s Proud Central gallery until 9 June.

Finkelstein’s three year stint at the Factory was embedded in what was a revolutionary time for both Warhol and wider society. Warhol produced iconic Screen Tests black and white video portraits of artists such as Susan Sontag, Marcel Duchamp, Lou Reed, and Bob Dylan during 1964-66, and he met Edie Sedgwick in 1965. Brewing alongside the Factory was an equally spirited cultural revolution of civil rights and queer liberation movements. Understanding his camera as an equal parts documentor, equal parts voice for the oppressed, during this time Finkelstein also maintained his social and political documentations of America, turning his lens to the frontline of the civil rights movement in Mississippi.

In Finkelstein’s candid photographs, we see the Factory at different stages of production and hedonistic revelling including tender portraits of Sedgwick as she was just reaching the brink of fame. Other portraits include Warhol meeting Bob Dylan for the first time to produce his 1965 “Screen Test”. In Finkelstein’s 1965 image, Warhol and Dylan talk alongside a back drop of Warhol’s 1963 “Triple Elvis” painting and we see the comparative difference between the two artists.

“Dylan’s image was hairy, masculine, super super macho. Andy’s image was exactly in the other direction. How they came together, God only knows, but it was Barbara Rubin who brought them together,” reflected Finkelstein in Planet Earth Entertainment. “...Each one wanted to use the other one but when they finally did get together, they didn’t like each other at all. And I kind of found myself torn in the middle because I was sort of connected with both crowds of people and a choice had to be made.”

It was this capability of Finkelstein to remain human in the midst of the Factory’s glitz and glamour that give his photos their tenderness and his overall career its pathos. As curator of In and Out of Warhol’s Orbit, Amy Thornett, reflects: “Finkelstein once said; ‘I am a situational photographer. These unposed images were made when Andy Warhol et al were people, not products; young artists, not celebrities. Enjoy, but don’t venerate.’ I think this quote effectively highlights Finkelstein’s thoughts on the Factory crowd. He was unphased by them and shot the people he saw before him rather than the celebrity status they aspired to.”

Retrospectively, Finkelstein offers an alternative narrative to the glamour of the Factory – his story illuminates the underbelly of the underbelly to reveal the dark side of the Factory’s 1960s artist-cum-celebrity obsession. History highlights the desirability and liberation of the Factory. And rightfully so, the club did indeed bring a new found liberation to queer minorities, but Finkelstein’s story is important because it illuminates how the era’s fixation with fame and hedonism drove many to life-threatening drug use, and some even suicide. “Andy pursued them like everything else,” Finkelstein reflected to Planet Group Entertainment.  “Great manipulator, incredible manipulator and everybody loved him!... They didn’t have anything besides Andy, did they. They had Andy, they had speed. And he was this permissive father image who gave them a place to play. And who gave them substance… (The Factory crew) were really very, very bright, and they could really inflict hurt. And they inflicted hurt to the extent that Danny Williams committed suicide, Andrea committed suicide, how many, then Edie wound up a dead junkie.”

“I am a situational photographer. These unposed images were made when Andy Warhol et al were people, not products; young artists, not celebrities” – Nat Finkelstein

While documenting Warhol’s world, Finkelstein also continued his work as a political photojournalist capturing America’s tempestuous social and political realities – and it was this exact social conscious that would soon lead to the demise of Warhol and Finkelstein’s relationship. “Nat grew up in the depression as part of a poor family and he always considered himself to be an underdog, even though he was really a tough man and a brilliant man he still felt himself to be different,” the photographer’s wife Elizabeth Finkelstein reflected to Dazed in 2015. “I think this is what drew him to subcultures he wanted to do something for people who really didn’t have a voice.” Using his camera as a social tool, Finkelstein also covered the front line of the civil rights movement in Mississippi at the same time as the Factory.

As time would prove, Finkelstein began to feel the disparity between his own awareness and Warhol’s social and political neglect. As he reflected to Planet Group Entertainment: “I think they were all bullshit. Dream world, rich kids having fun playing with drugs, playing with kids who didn’t have any money who were involved in art, and it was all basically like fluff and in terms of what was really going on in America, they were in a bubble. They were basically salesmen of toy sand titillation. They were a safety valve for the society.” It was this political discord that ultimately lead to Finkelstein’s parting from Warhol and the Factory.

Despite leaving the Factory in 1967 to pursue a politically focused photojournalism career, it wasn't until Finkelstein’s wife set up the Estate of Nat Finkelstein in 2009 that his work started to regain the recognition it deserved. Up until then, photographic documentations of the Factory whirlwind were largely attributed to photographers Billy Name and Stephen Shore – Finkelstein’s erasure from the memory of the Factory a microcosmic display of the power of the bourgeoisie. Just as it occurs in mainstream media, if the elite are at discord with something and want it erased from common memory, media becomes altered to shape human perception. This is what happened to Finkelstein – Warhol, at odds with the photographer’s perception of the world and his demystifying of the Factory’s Warholian illusion, began to attribute his work to other photographers.

“Finkelstein often positioned himself too close to the story, though it was this intimacy which led to a creative liberation and desire for freedom of expression,” explains Thornett. “His determination and ingenuity allowed him to capture private moments within an exclusive circle, and though he wasn’t always popular at the Factory he was tolerated largely due to his extraordinary ability behind the lens. Finkelstein did what he wanted, he wasn’t a people pleaser nor was he dazzled by this fashionable elite. In my opinion, this allowed his photos to reflect a more genuine, authentic experience of his time at the Factory.

In and Out of Warhol’s Orbit: Photographs by Nat Finkelstein is showing at London’s Proud Central gallery until 9 June. You can find out more here