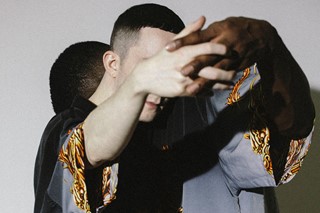 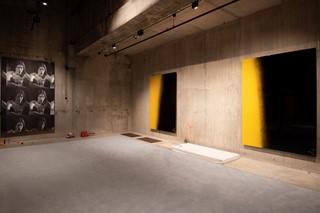 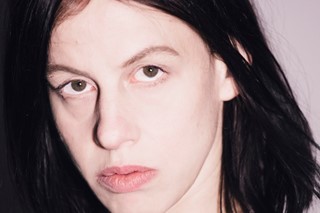 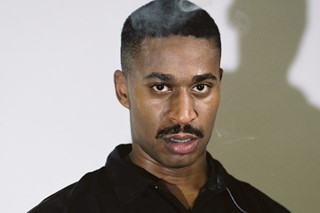 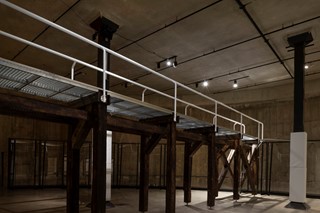 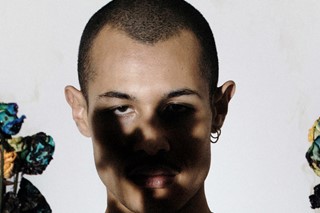 For the next 10 days, until 31 March, German artist Anne Imhof will take over the Tate Modern’s atmospheric concrete Tanks for the gallery’s 2019 instalment of the BMW Tate Live Exhibition. Titled Sex, Imhof’s installation is the first project by a solo artist to take over the space, combining performance, installation, sound, and paintings across three tanks. The show will run as an exhibition during the day and a set of six live performances at night. In addition, the performances will be occurring for four hours in three spaces simultaneously, meaning not one audience member will experience it the same way.

Sex is the ultimate study of fluidity. Through durational performance, Amhof explores fluidity’s existence as the gap between binaries such as fast and slow, silence and sound, lightness and darkness, and male and female, which all consume different aspects of the project.

In the Tate’s South Tank, for example, a group of young performers take over the space as viewers watch on from a raised pier in the centre of the room. Starting silently still, the performance soon grows to incorporate heavy industrial techno and strobe lights juxtaposed with the harsh sterility of the Tank’s raw concrete. As the energy builds, the performers begin to move, some fast, others slow, and until eventually they amalgamate in the middle, some bodies kinetically wrestling while others stand perfectly still. The show’s raw kinesis (which feels something like an underground techno club) and how it builds across the performance demonstrates how fluidity seeps through all aspects of human life.

Imhof has been creating durational performances since 2012.  The title Sex, for example, takes form in respect to Imhof’s most recent performances Angst (2016) and Fraust (2017), where the artist picks a single word that has universal themes and wide associations. For Imhof, sex’s associations spread far from intercourse to gender, eroticism, subculture, fetish, and even violence. “.... What (sex) includes, or the thoughts that it includes, can have a very violent aspect or impact on a subject,” Imhof explains to curator Catherine Wood in an interview for the show’s catalogue. “The word looks like, has almost become, this image of what it is. And I like that.”

Sex comes off the back of Fraust, Imhof’s 2017 project for the Venice Biennale, which was a fashion infused performance that won the artist the prestigious Golden Lion award. The show also follows on from 2017’s BMW Tate Live show, which featured artists like performance artist Wu Tsang, and which reformatted the traditional concept of a static exhibition by making hosting installations, performances, and films that unfolded across time.