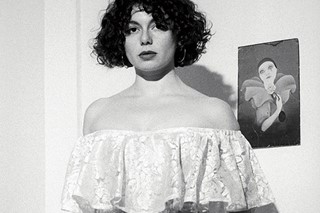 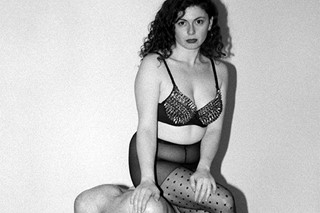 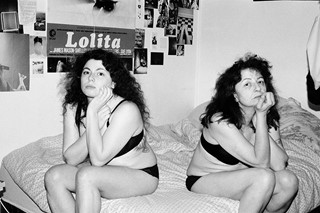 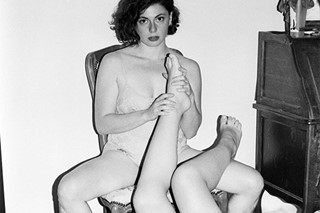 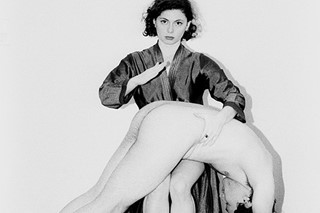 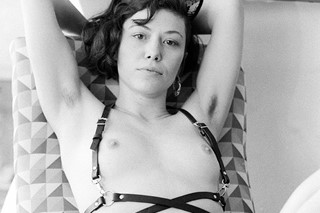 In her 2003 study, sociologist Beth Eck asked a group of heterosexual men and women to look at photographs of unclothed people. She found that when participants observed nudes of conventionally attractive women, men felt aroused, while women tended to compare themselves and feel inadequate. “For women, female nudes are objects to be studied, viewed, judged, and above all, used as a comparison for the self,” Eck’s research concluded.

Even 16 years later, these results fittingly illustrate how the “male gaze” – a term coined by film critic Laura Mulvey in 1975 – functions. Though those two words get thrown around frequently these days, the concept originally referred to a heterosexual way of looking that empowers men and objectifies women. Or as John Berger writes in his BBC-series-turned-book Ways of Seeing: “Men look at women. Women watch themselves being looked at.” A woman is made to measure her value through how others see her and, therefore, constantly surveys herself. This obsessive self-monitoring still rings true today. So, if images invite comparison, can nude photography do anything to address hurtful behaviours?

“A plurality of bodies makes it possible to forget the pressure we put on ourselves,” muses photographer and sex worker Romy Alizée on a video call from Paris, where she lives. If deflecting the male gaze is feasible at all, Alizée’s work on female sexuality stands a chance to enable women to identify with, rather than objectify, the women in her photographs.

Her latest book, Furie, shows the photographer playing different sexual roles and staging her most intimate desires. “(Sex) is a space of insecurity for many girls,” she says, explaining that she wanted to show that there could be other ways of imagining sex. “To tell yourself that you can do (sex) differently is not easy, especially with heterosexuality.” The idea, in short, is that “if you are a girl and you fantasise with pissing on a guy, there’s nothing wrong with that”, she says half-jokingly. But while mainstream representations of BDSM are often spectacular and pathologising, Alizée’s black and white photographs, which take cues from the previously clandestine subculture, seem oddly relatable, perhaps because the models look like they could be you, me, or anyone.

One self-portrait from the series sees the motionless body of a man laying on a bed as Alizée – sitting on his face – glares straight at the camera. Another from the series depicts a similar situation in which Alizée is sitting comfortably, staring ahead. Here, the fantasy of the man-object is taken to an extreme with the male model crouching and turning into a  human chair.

On first glance, Alizée’s photographs seem subversive insofar as they swap gender roles around: women are powerful and men are submissive. It’s a necessary first step, she argues: because it lets us see the absurdity of sex norms. “We are accustomed to the image of the submissive woman.”

The photographs strength lie on her ability to show various sexualities, including scenes between two or more women. “For me, that represents sorority, a desire between women that is never there to serve men,” she explains. Alizée’s deadpan expression only changes when she is posing with women, suggesting that sex with women not performed for men’s eyes can provide a wider range of pleasure.

“You can never know the way in which people will react to what you’re doing, for sure,” she says. So, can women ever really escape the male gaze? “Luckily, there are people that can read (my work) on different levels.”

As with the likelihood of objectification, Alizée is similarly plain-spoken about the limits of photography as a way to empower women. She explains: “Empowerment is often associated with taking control over one’s sexy image as if that was all there is. It’s important, of course, not to feel embarrassed or guilty to want to feel sexy… but we can’t limit ourselves to this. For me, it’s a door towards many other questions.”