As the art world descends on the city for Frieze, we speak to the local artists making a home, and pursuing careers, in LA 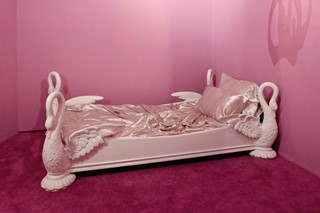 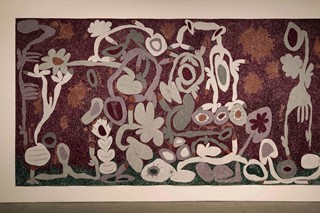 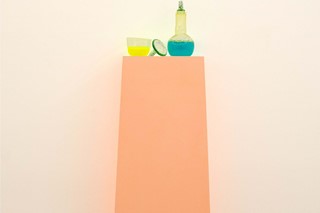 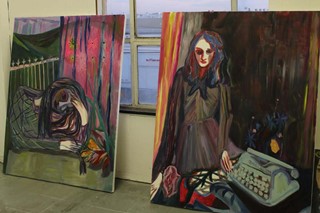 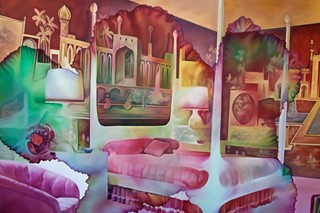 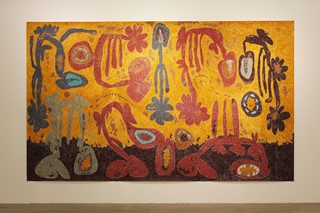 While Los Angeles has long had a strong affiliation with the contemporary art world, it is often cited as being outside the industry’s mainstream – secondary to places such as New York and London. But this hasn’t stopped artists writing their own histories, as reflected in the Hammer Museum’s Made in L.A biannual surveys of the city’s emerging and mid-career artists which illuminates the diverse and creative landscape of Los Angeles today.

With art real estate offering a more affordable alternative (though only just) to metropolitan cities such as London and New York, there is a strong sense of artist community, rather than a sole focus on commercial incentive. This is also evident in the variety of exhibition spaces the city has to offer. From Downtown blue-chip galleries, which include Hauser & Wirth, to the smaller artist-run spaces and galleries that provide platforms for emerging artists, such as Ochi Projects and SADE, the DIY aesthetic and approach to creating and collaborating is strong. Alongside this, the California climate, with its radiant light, is an inevitable influence on the city’s artists, and can be traced back to specific movements, such as The Light and Space movement of the 1960s and 70s. The city’s growing reputation as a creative hub is undoubtedly reflected in the inauguration of Frieze LA and Spring/Break’s cross-country debut. In the lead up to these, we spoke with five LA-based female artists, Ariana Papademetropoulos, Nasim Hantedzah, Jessica Williams, Camilla Engstrom, and Lena Daly, to understand more about how the city impacts their work.

“Los Angeles is a place where you never know what will happen, which leaves you both excited and afraid for what the future holds” – Ariana Papademetropoulos

Known for her flamboyant oil paintings and installations, Ariana Papademetropoulos turns domesticity into refined psychedelic kitsch. Delusion and altered states of being are central to her practice through the use of realism and trompe l'oeil. From Mormon Churches transformed into Disneyesque settings to an installation of romance novel covers of haunted houses and female protagonists, Papademetropoulos celebrates domesticity as a hallucinatory fantasy embedded in dimensions above and below our physical plane.

Most of Papademetropoulos’s work revolves around the subject of Los Angeles. “I am from here, I’m a product of this city,” she says. “Los Angeles is a place where you never know what will happen, which leaves you both excited and afraid for what the future holds. My work is about facades, duality, myths, archetypes, and varying realities – all major components of Hollywood.”

Papademetropoulos explains the importance of working hard as a female artist in order to be taken seriously, however, it’s something she feels is difficult to achieve in Los Angeles. “Being young and female basically equates to no one taking you seriously art-wise, especially in this city, and especially if you appear feminine,” she explains. “I’m lucky that I have a lot of amazing friends who inspire me and support me. I still don't introduce myself as an artist most of the time because I know what people think my art looks like, even if they haven't seen it. It’s human nature to be judgmental. In that respect, I think this city is no different from any other city in terms of being a female artist. You have to work hard, and make good work, if you want anyone to take you seriously.”

After 21 years of living in Iran, Nasim Hantehzadeh decided to move back to the United States, frustrated by the way Islam and its regulation of the female body determined her identity. Creating works on paper daily to process her emotions and sentiments has become central to managing the isolation and alienation she experienced growing up. At times, the artist’s drawings are abstract and obscure, preventing interpretation while others relate to familiar forms: objects, bodily features, and figures. Through her work, Hantehzadeh asks the question: can the idea of otherness be rejected if the human body is read as an entity, a solid form in space, or a molecule?

With nature being central to her practice, Hantehzadeh explains her appreciation for living in the city: “I am interested in doing outdoor activities such as hiking, rollerblading, playing beach volleyball, and camping. Plants have always fascinated me. I like that the sun is out all year long.”  She also credits her time at the University of California for its positive impact on her career and attitudes as a female artist. “Studying at UCLA gave me the opportunity to work with strong queer women artists such as Barbara Kruger, Catherine Opie, Lari Pittman, Mary Kelly, and Andrea Fraser,” she recalls. “Moving to LA for school and having them as mentors gave me the strength to trust my own interests and ideas, and not allow any patriarchal interruptions to limit my artistic practice.”

Colourful, witty, and irreverent, the paintings of Swedish-born artist Camilla Engstrom offer a humorous take on the issues most millennials discuss on a near-daily basis. From body shaming to sex positivity, nothing is off-limits or too risqué to post.

Having recently moved from New York to Los Angeles, Engstrom is unsure of the city’s best features for a female artist but enjoys its weather and the impact it has on her work: “I've been spending more time outside. The sun and the beautiful nature are slowly healing me from the inside,” she muses. “My paintings are in general happier and more vibrant. They also have a new calmness to them I think.”  She acknowledges that it has a different environment to that of New York: “I wish I knew its best feature, knowing it would be good for me personally! I can't speak for anyone else because I know artists leave to go someplace else all the time. I just knew I wanted to live somewhere less aggressive but still connected to the art scene. I've always been a bit of an outsider, even when I lived in New York. I never went to art school and I don't really spend a lot of time with other artists. I'm just grateful whenever people respond positively to my work and it generally happens when I'm in a more positive state which I am here in LA.”

Is the live image actually stimulated in the optical cortex or elsewhere? Is sound also able to be stimulated inside the head, exempt from external input? These are questions Lena Daly constantly seeks through her research and work. Using various types of light and sound sources to test and expand ways around their behavioural and physical limits, Daly is intrigued to discover what exactly a body can hear. Her sculptures and videos are made using ultrasonic sound recordings and various ultraviolet light sources, celebrating ambiguity, and unanswered questions. The 3D works respond to a range of light sources from fluorescent to phosphorescent. When the lights are off, or the sun has set, the phosphorus pigments maintain their glow.

Daly explains the importance of LA’s light source for her practice: “It means living with light sources from all directions. Plus, the ocean is very close most of the time. For example, bioluminescent dinoflagellates (a type of electric blue phosphorescent algae) hit the beaches last spring, lighting up the waves for a few nights. I stayed up all night watching this phenomenon from the shore and the beauty still washes over my mind. The light from the sun stays so bright all year round, which can eliminate some of the confusion of the time-space mundane. Full of light and without a chance of rain one must chase one’s own water sources. It’s a nice way to wake up and make work in LA.”

Celebrating the resourcefulness of female artists living in the city, Daly explains: “I am constantly surprised and excited by some of the unique ways materials are worked with here by other female artists. One thing that seems endemic to LA is the way the objects become their own audience as if struck by a lightning source. And conversations with artists have led me to agree that it’s good to do something with your hands to soothe your mind if it travels too fast.”

Through her exploration of illusion, fantasy, and inner worlds, Jessica William’s subjects – women, The Orsini Apartments, cherries, fountains, butterflies, strip malls – oscillate between artifice and reality, stillness and expectation, haunting and reverie. Fascinated by colour and its relationship to psychic space, introspection, erasure, and double consciousness reflecting the female experience in modern society, Williams paints her subjects in environments that reflect her everyday surroundings in the city and the suburbs.

Having grown up in the San Fernando Valley Williams explains, “I am a fourth generation Angeleno and currently live a few blocks away from where my maternal grandparents first met as teenagers. From a young age, there was this inhabited sense of living in a ‘beyond’ or ‘elsewhere’ in relationship to my proximity to the city, while, simultaneously, an ever-deepening intimacy with the domestic spaces that I spent the most time in as well as the nuance of my Jewish upbringing. These layered, veiled histories, and memory of ’place’, are intrinsic to the way I approach painting as a mystical and hyperactive space. LA has a hypnotic openness and my paintings are in tune with, and in dialogue with, the beautiful, haunted atmosphere; the smog above the building’s reflective surfaces, the long stretches of alternately fantastical or mundane architecture, and, most recently, the smokey haze from the devastating fires in Malibu and the West Vallery. The city plays an important role in my work both in form and content. It’s a pendulum that swings around within the paintings to harness an interior psychological space.”

Inspired by a number of female artists currently living and working in the city, Williams advocates Los Angeles for its inclusivity and forward-thinking conversation: “So much of the work that’s the most inspiring to me lately is being created by other female artists and also galleries and art spaces and writers for that matter! LA is special because you can spend so much time in the studio, pretty much in a solitary spell, and then go out to do studio visits or to an opening, and feel so involved in the conversation. There's a special sense of camaraderie in knowing there are so many talented and prolific artists working around town.”