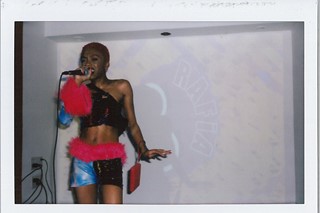 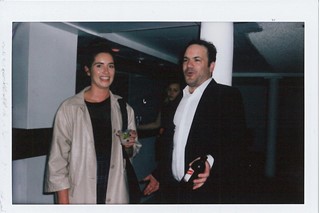 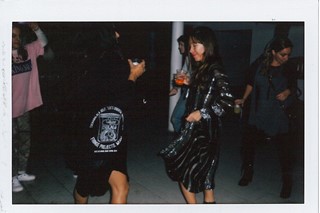 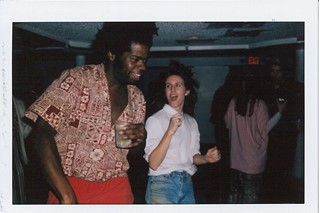 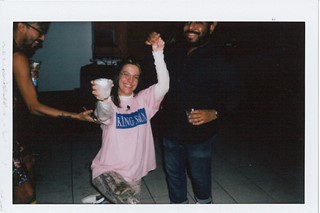 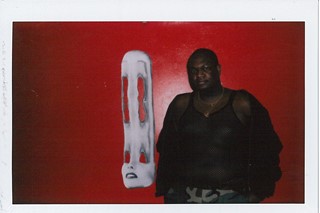 Last Friday night, as part of the 777 International Mall at Free Range Miami during the city’s annual Art Week, Brooklyn-based multidisciplinary artist RAFiA Santana took to the stage. She wore a black bustier and thigh high boots from Avenue Blockparty, her bright, tight cropped curls accented by touches of fuschia coloured fluff at her wrists and around her waist, as she performed a six-song set in front of vibrant projections of pink and purple audio-reactive geometric patterns that she designed for a show.

“It was a crazy Miami night, and there was so much going on that there was a crazy ebb and flow, and every thirty minutes there would be almost a different crowd of people,” RAFiA says. “There was a separate private birthday party going on upstairs with older white people who kept poking their head down, and I was like, ‘Bring your friends, bring them down!”

The sounds of Fela Kuti, James Brown, and Soul || Soul filled the air, as DJs including Fulathela, Young Wavy Fox, Loka, and Michael Mosby kept the vibes going for a steady ebb and flow of guests making their way through the converted mall that is now home to Mana Contemporary Miami, a community-based arts center hosting numerous events throughout Art Week.

“The week has been so exhausting,” laughs African-American artist Tschabalala Self, who is in town to present Lee’s Oriental Deli & Market, the latest work from her ongoing Bodega Run series: a site-specific installation for Fringe Projects Miami located inside a store owned by a Filipino local. 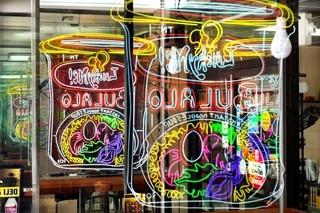 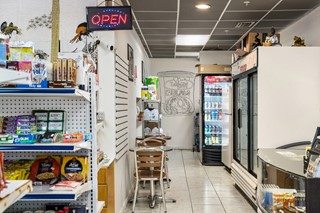 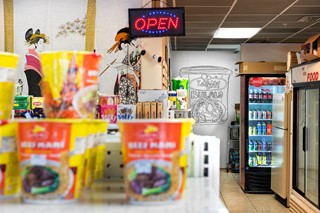 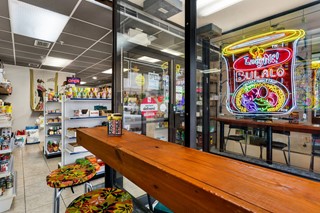 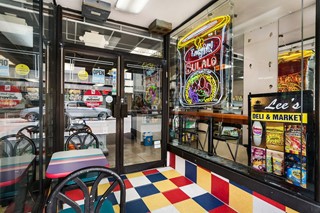 Knowing that showing during Art Week would mean a steady diet of networking beginning at breakfast, Self knew the best way to go to a cool, laidback party was to throw it herself. She brought in Mosby and Shanekia McIntosh, with whom she co-founded Free Range, a nightlife collective, earlier this year with the premier edition held in Hudson, New York.

“We are creating space for artists to perform and showcase their work, where people can be free, let down their hair, and not have a care in the world,” Mosby says. “Music is so therapeutic: it brings you out of dark times, it’s memories of old times with your friends and major events in your life – so to have that opportunity to give that gift to people.”

Free Range is, in essence, the embodiment of the ethos: “Be the change you want to see in the world”. This comes from an organic and holistic approach to the context for the event, which was envisioned as an alternative space that simultaneously embraces and transgresses the hyper-commercialism of the white-cube aesthetics of the fair itself – while simultaneously activating Self’s newest piece.

Both the party and the artwork were held in Downtown Miami, a neighbourhood just far enough off the beaten path to strike the perfect mix. For Self, creating spaces for PoC to engage is a work of art unto itself, as she explores the underlying connections between commerce, culture, and community through the lens of race and identity throughout her work.

“I love people interacting, dancing, and moving – and I love taking pictures at party. I can be really shy and (taking photos) allows me to interact with people” – Tschabalala Self

For the installation, Self created a neon of the popular the Lucky Me brand ramen container, which was hung inside Lee’s store. “I wanted to make something fully integrated into his space,” Self explains. “I thought a neon could have utilitarian function, and it’s like a mock readymade, so it’s ambiguous as to whether it is part of the store or if it is an artistic intervention.”

Self-extended the same consideration of the commercial nature of art in choosing the 777 Mall as the site of the event, as the 80s architectural style lent an air of decadence and spectacle, from the waterfall and wraparound bar to the big white columns and purple lighting.

Throughout the event Self took Polaroids, which she has given to Dazed for exclusive publication. “I do so much people watching, partially because I am a figurative painter. I love people interacting, dancing, and moving – and I love taking pictures at party. I can be really shy and this allows me to interact with people,” Self reveals.

“I love taking Polaroids because you have an instant art object. They are so theatrical – especially at a party to have the flash and the light. It’s so much fun! People are usually pretty excited about them. I think they have a fantasy that this moment will persist because it’s a real photograph. There’s something nostalgic and something historical because they exist and have the possibility of going somewhere. All the photos you take on your phone, they are probably going to disappear or be lost whenever you phone breaks.”