“I was born in Maryland, and moved to Florida when I was 11. From the age of 12, I started going to punk shows. I used to play in bands, but I was never really any good. I still wanted to be part of that scene, especially once my friends started going on tour. I always loved touring because it was a means to get in a van and leave South Florida, which is pretty isolated. So I started roadie-ing and selling merch, and I decided to take photos as a way to participate. I ended up really enjoying the process of documenting. Shooting at punk shows got me comfortable with photographing in super-hectic environments where people aren’t aware of the camera first; they’re aware of their environment first. Now, I excel in working (in places) where you feed off the energy of an insane situation. You just have to go for it and not worry about what’s going to happen, or how the pictures are coming out.” 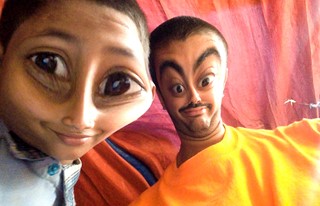 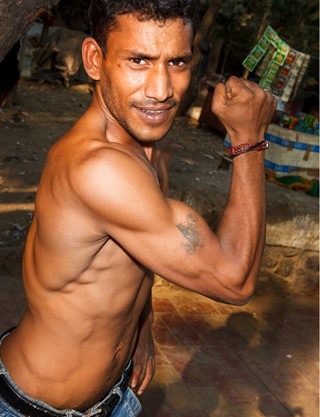 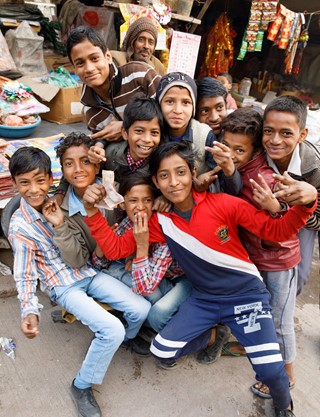 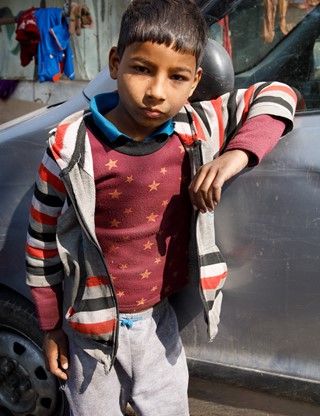 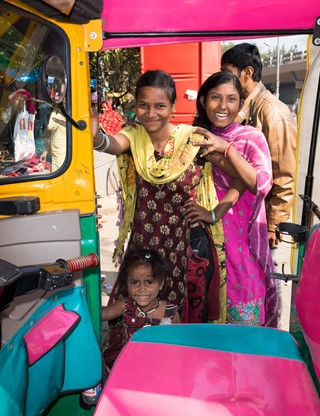 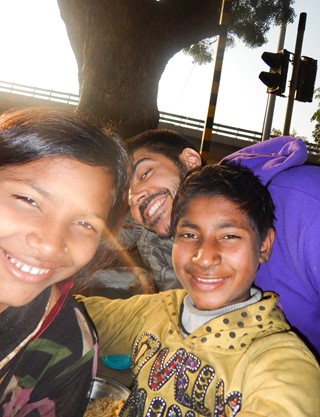 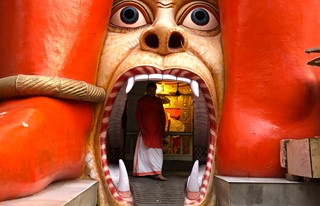 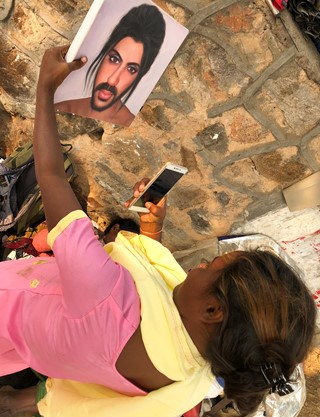 “My family and I moved to India when I was a senior in high school, and we were there for a year. Although my parents and I moved back, I still have grandparents, aunts and uncles who I stay with when I’m there. I live full-time in New York, but I have been going back to India more and more recently, and I’m here right now. With Khichdi (Kitchari) (Sethi’s first major book, named after a traditional Indian dish), it took me ten years to work through everything. Rather than making a book about India, I wanted to make a book about my relationship to it. In the photographs, there are a lot of tattoos and hand-painted signs, things I’m personally interested in or people that I have friendships with. I have a lot of momentum working in India. The more you think you’re figuring out about (the country), the more it starts opening up (with) new avenues, either untapped or totally inexplicable. India is a place, from my experience, that steers you the way it wants you to go. You have to learn to let go of your expectations of what’s going to happen in your life, and let these serendipitous experiences guide you.”

“It was this beautiful thing that opened me up, from (thinking more about) the technical aspects of photography to realising it’s more about this flow and capturing life”— Nick Sethi

“For instance, I’ve been working with this kid, Bob, since the beginning – he was the first one to teach me about shooting in India. I made a trip to start working here – I was kinda just running around but it wasn’t really making any sense yet. Bob was this kid who was living under an overpass by my family’s house and he came up to (our) car – I guess it was his job to come out to the intersection and beg at the red light – and kind of just reached inside and was like ‘Oh, camera! One picture, one picture!’ So I took some photos of him. Then (another time) I was shooting these elephants on the side of the street at the same intersection and I was like, ‘That’s the same kid!’ I just ended up going back more and more, because he was so eager to interact with me, even though we didn’t speak the same language. And it led to me giving him the camera and him wanting to take photos –it was this beautiful thing that opened me up, from (thinking more about) the technical aspects of photography to realising it’s more about this flow and capturing life, you know? That kind of sets the tone.”

“I like involving people in the process of what I’m doing, especially with a project that takes ten years. My work isn’t about making one master image every week. Especially working in India, it’s about the volume and complexity of the relationships happening around you. For instance, I’m shooting this festival today and every day I’ve been posting tonnes of stories on Instagram… It (could be) as simple as figuring out directions; I might just record as I’m driving and someone points out things to me. I don’t know… It just feels like real life.” – Nick Sethi

Khichdi (Kitchari) is out now via Dashwood Books