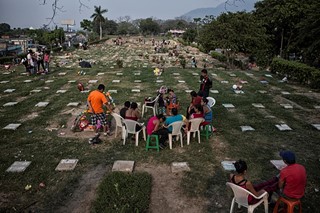 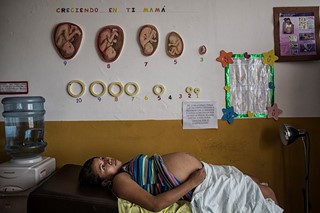 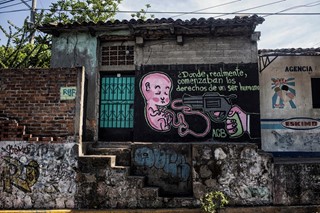 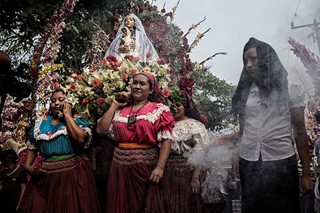 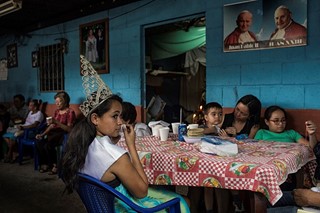 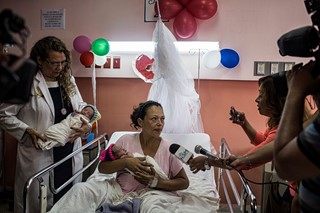 Nadia Shira Cohen first became interested in El Salvador over two years ago, at the height of the global Zika crisis. In light of findings that linked the virus to higher chances of miscarriages and foetus deformations, the country’s Health Minister made a controversial statement in which he asked Salvadoran women to abstain from pregnancy for 18 months. His declarations were a reason for concern for many reasons, but mostly, because they directly related to the country’s strict abortion law.

El Salvador is one of few countries to have an all-out ban on abortion that allows no exceptions: neither sexual violence, incest, nor life-threatening circumstances for the woman or the foetus. In fact, the law is so severe that it is used against women who have had obstetric emergencies – such as miscarriages or stillbirths – to accuse them of inducing their own abortions. Recently, media attention was drawn to the commutations of the 30-year prison sentences of Maira Verónica Figueroa Marroquín and Teodora del Carmen Vásquez. Their crime: they had suffered a miscarriage and spent over a decade in jail for that crime.

In the series titled Yo No Di a Luz, Cohen explores the many ways in which the ban affects the country’s women. For this work, she was awarded the Getty Images Women Photograph Grant which aims to promote gender diversity within professional photojournalism.

Cohen first travelled to El Salvador to document the Zika epidemic for Harper’s Magazine. In view of the higher miscarriage risk in Zika-infected mothers, the Salvadoran women she spoke to were afraid they’d have one and be imprisoned for homicide as a result. “Women were just as fearful of having a deformed child as of having a miscarriage due to Zika because of the risk of being accused of abortion,” she explains.

The American photographer wanted to portray what it was like to be pregnant in a country where women have little to zero control over their reproductive lives and began to scout women in different parts of the country to hear about their experiences with pregnancy or the ban. She managed to meet some of “Las 17” – a group of women who were convicted on abortion-related charges between 1999 and 2011 after losing their babies to a miscarriage or stillbirth. Teodora – who was released from jail in February – appears in the series while she was serving a sentence at the women’s jail for having a stillbirth.

For Cohen, finding her way into some spaces demanded great creativity and responsiveness. “On mother’s day there was a press conference at a hospital and I used that as a way to get in,” she recalls. She also spent a lot of time in maternal waiting houses, where women from rural areas go to wait out their pregnancy. The meetings with the women were sometimes momentary crossings, at other times they became much more intimate and in-depth.

Other places were inaccessible due to the threat posed by gang violence rather than the government’s disapproval. “You might meet a woman and want to document her family but then she lives in the most dangerous neighbourhood in the country.” Brutal gangs known as “maras” propagate and perpetuate violence at all levels of society. Recently, their actions appear to be increasingly targeted to young girls whose homicide rate is on the rise, The Atlantic reported.

Above all, the hardest barrier to break for the photographer was that of stigma, since “abortion is not accepted on the social level”, she explains.

Cohen still managed to build strong connections with some of the women she met. In particular, she recalls a time she assisted a birth while supposedly shooting for the project:

“I met Maria Christina in the waiting house and I ended up photographing her birth. Basically, I was helping her labour because there was nobody with her and they don’t have enough nursing staff to be by her side all the time… so I was photographing her and all of the sudden she said ‘give me your hand!’ She was 17.”

“It’s hard to imagine if it’s not your reality. Even for me, because my reality is ‘I have a choice” – Nadia Shira Cohen

Part of the project also centres around religion, which has a massive impact in justifying the abortion ban. “It plays a big part because it helps people understand and make sense of things or at least, give a reason for why they’re going through this,” Cohen says. In many cases, religion even enables women to believe that their pregnancy is what God wanted: “There is an acceptance in some women that this is their fate.”

Religion aside, it is difficult to look at these issues without doing so with a moral stance. To any liberal westerner, the total ban is shocking as it not only attests to El Salvador’s patriarchal culture but also endangers the lives of hundreds of women.

“But even in western countries, there are issues with abortion,” Cohen argues. “For example, in Italy abortion is legal, but it’s hard to find a doctor to even perform it.” In some states of the US, women are jailed for taking abortion pills on their own without the assistance of a doctor, Cohen adds. After all, women’s bodies remain a political battleground everywhere.

“It’s hard to imagine if it’s not your reality,” the photographer says. “Even for me, because my reality is ‘I have a choice.’”

Cohen’s ultimate goal is to raise awareness and change the narrative around women in El Salvador. As those who suffer miscarriages are demonised by society, it is important to break the stigma and shed light on their stories. “You know,” she continues “the news say things like ‘woman flushes baby down the toilet in the school’ before the case even goes to trial.”

Beyond the sensationalist coverage of some of the press, Cohen believes in humanising the women who are persecuted for the natural failures of their own bodies. “Though the real workers are the advocates and lawyers,” Cohen says, “it is important to know who these women are.”

With this grant provided by Getty Images and Women Photograph, Cohen will be able to further explore stories related to the abortion ban. “The grant will allow me to concentrate on some aspects or consequences of the Abortion law that I have only so far touched upon”, she says, “such as women/girls who are forced to carry out pregnancies of rape and  suicide among teenage pregnant girls.” In addition to her photography work, she wants to hold pop up style exhibitions and organize town hall-like meetings in rural areas to stimulate discussion about women’s stories. “I hope it will be a collaboration with local people and it’s an attempt to bring my work back to the people I photograph, instead of having it stop in mainly English speaking mainstream media.”