You can buy a copy of our latest issue here. Taken from the spring 2018 issue of Dazed:

For the spring issue of Dazed, we profiled a new class of Madrid creatives invigorating the capital’s art scene – from the fetish-inspired garments of Rafa Bodgar to the dark, humorous rants of internet star Soy una Pringada.

The story of Keith Haring, as told through his iconic art workThe New York-based artist set the world alight with a compulsion to make work with a cause. As his retrospective opens at Tate Liverpool, curator Tamar Hemmes traces his incredible legacy
Madrid’s creative scene - spring 20187 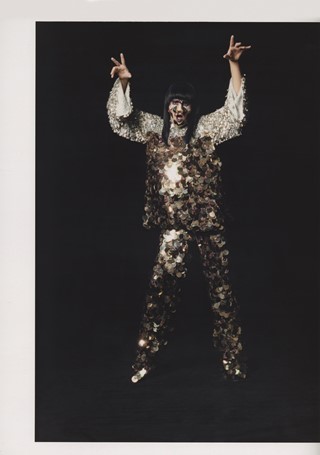 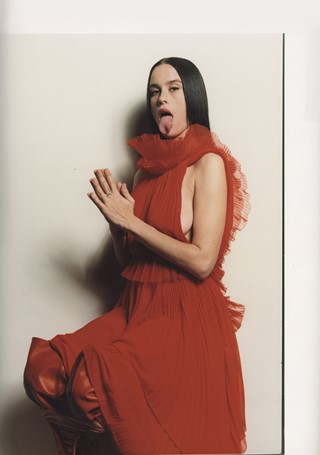 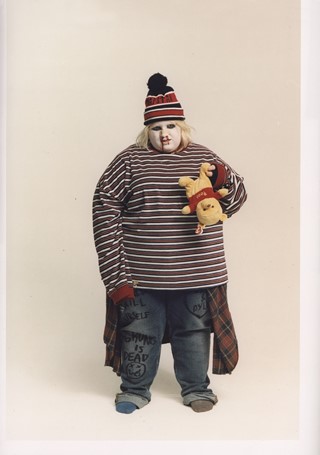 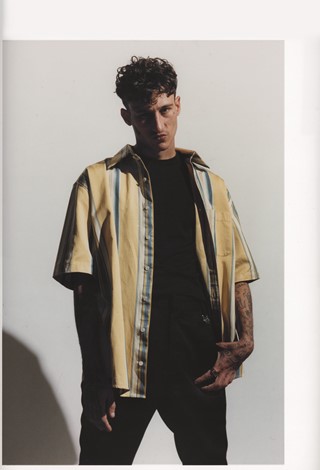 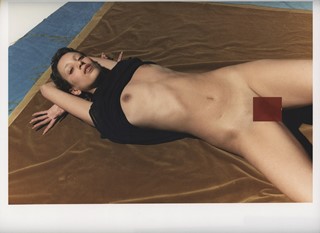 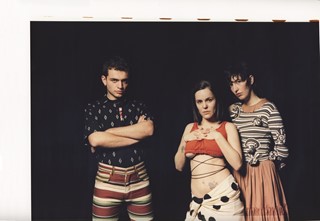 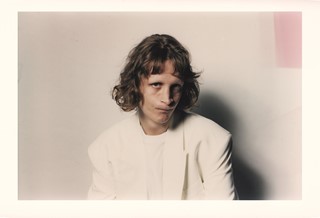 “In Madrid, everybody acts instinctively and everything is permitted,” says Alicia Padrón. “Because we know we’ll never be London, Paris or New York, we don’t take ourselves too seriously.” The stylist is a key figure in Madrid’s chameleonic fashion scene. Designer Paty Abrahamsson, another, takes deconstructed shapes and injects them with a droll humour that is unmistakably Spanish. One of her namesake label’s campaigns featured model Aaliyah Rosales (opposite) gazing seductively at the camera, dress draped over an ironing board and steamer in hand. “At shoots I always put on a show to get people in the mood – a war cry, or a dance. Everyone needs a laugh,” says Padrón, adding that “It’s still absolutely necessary to have something to say.” Kito Muñoz is a photographer who collaborates with Palomo Spain, the flamboyant label at the heart of Madrid fashion. He agrees there has to be intent behind even the most absurd shoots: “I’m interested in new ways of visualising men. A new understanding of masculinity, even, to reflect social changes that have taken place.”

“When I arrived in Madrid I was just a 17-year-old with a backpack, lying to my parents that I was going to a friend’s to study,” says artist and model Aaliyah Rosales. Speaking to the multi-disciplinary creative about their alter-egos – Soraya Yasmin, Calliope Flores and a young boy named Cohen, to name a few – reveals a fascinating figure, existing in a world where names are as mercurial as gender and sexuality. “I grew up in a very small town in a Moroccan Muslim family, and my first love was a girl,” says Rosales. “I started using pseudonyms on the internet so I could be myself without my parents finding out.” Looking through the work of young Spanish artists and designers, Rosales’ face crops up constantly as a model, collaborator or muse: does this risk overshadowing their own creative endeavours? “When I think of the muse, I think about amazing women such as (Almodóvar collaborator) Rossy de Palma. For me, muses are never eclipsed by the creators. That enigmatic presence is creative in itself.”

In designer Rafa Bodgar’s chaotic universe, panties hang around ankles, bag handles are strapped to shoulders, and fur explodes out of crotch seams. In less than 18 months, his label, Chromosome Residence, has won a cult following: playful and surreal on the surface, his clothes slowly reveal a sexier, fetish-inspired undercurrent. “It comes from a place of mental chaos,” he explains. “I want to add value to whatever stupid thing you might have in front of you at any given moment.” Chromosome’s brand philosophy is simple: providing long-lasting garments that sit outside of the trend cycle. Why shouldn’t our investment pieces include a few perverse details? “It’s a response to how damaged everything feels right now, and stripping it back to something basic,” says Bodgar. “That spirit of simplicity is even in the name – life is born from the union of two chromosomes. This project is about the blend of a monotonous day like any other, and a wonderful (day) full of surprises and smiles. There is no gender concept, by the way – just evolved, self-confident people.”

“My childhood was fat, mute, lonely, confused and full of bad fashion choices. It was hell.” With a pseudonym that roughly translates to “I am an idiot”, internet star and self-described anti-YouTuber Esty Quesada AKA Soy una Pringada has won an army of fans with her irreverent confessionals – like-minded young misfits who worship at the altar of voices like Todd Solondz and Thurston Moore. “I take bits from grunge, emo, pop, club kid, drag, trash and underground culture,” says the Basque country native. “But my soul belongs to that Generation-X apathy of the 90s.” Where most social media stars hide beneath a veneer of aspirational confidence, Quesada lays everything bare: battles with mental health, discomfort with gender identity and an abusive childhood. But it’s her dark sense of humour that makes it so irresistible. An explosive, hilarious rant entitled “I hate positive people” has over a million views and counting – it’s like a therapy session on acid. “Does that shit horrify you?” laughs Quesada. “That’s cool. Does that shit help you? That’s cool, too.”

Meshing the stuttering rhythms and psychotropic, blissed-out productions of Future and Gucci Mane with a dose of frisky Iberian raunch, Yung Beef is at the forefront of Spain’s new hip-hop surge. “I used to be so bored (by the Spanish rap scene) but now there are a lot of artists doing their thang,” says the Granada-born rapper, who is currently based in Barcelona. All the same, Beef is happy to have found an audience outside of Spain, and is planning to take his Frankensteinian sound worldwide in 2018: “I think music has always got to be global, at least for me.” Beef emerged last year as a key member of underground Spanish music collective PXXR GVNG, whose distinctive sonic cocktail of flamenco, reggaeton and Atlanta trap beats caught the attention of industry tastemakers. Then there’s his personal style – which is just as unpredictable as his music. “I just like to look good,” says Beef, who is just as likely to be spotted in a leather jacket and hoodie as he is in a skirt and patent thigh-high boots. “Honestly, that’s it.”

“There’s this old singer called Lola Flores, who used to say that the Spanish don’t love themselves like they should. They’re always looking to other countries. But I think that’s changing.” These are the words of Sansano Nasnas, performance artist, musician, drag queen – or none of the above. “There are a lot of labels, but I’m doing my own thing,” he says. “People are free to define me how they like.” With eye-popping looks that range from bored housewife femme to peacocking club kid (a classic Sansano beauty tip is to glue butterfly wings all over your face), his role as an inspiration to many of the designers and artists across these pages is central. The magic ingredients for this rare creative synergy are, according to Nasnas, the balmy climate of the Spanish capital, and that equally sunny Madrileños disposition. “The party never ends here. Everybody is so open and warm – it doesn’t matter who you are or if you’re on the guestlist, you’re always welcome. There’s an energy that’s difficult to describe.”

“My background as an artist is my own life – I’ve been recording myself since I can remember,” says self-confessed exhibitionist Maria Forqué. “I was always egocentric in a creative way.” Highlights of Forqué’s career have included an exhibition that saw her hanging for hours from shibari ropes, and a ritualistic tribute to Mary Magdalene that involved dousing her naked body in blood. Her self-confidence even caught the eye of stylist Lotta Volkova, who ended up casting her in a Vetements show. “Lotta contacted me by Instagram and I said yes,” says Forqué. “I only do something for others in creative terms if I admire their concepts.” In art as in life, Forqué is a passionate advocate for nudity as creative pursuit. “I’ve found statistics that say only ten per cent of people are comfortable appearing nude in front of other people, which I find sad. If we see the body as sinful, we see ourselves as a sin.” Unsurprisingly, her fascination with the human form goes back a long way. “I even used to draw naked pictures of my Barbies when I was a child,” she grins.