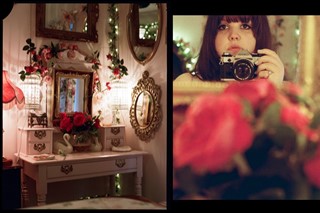 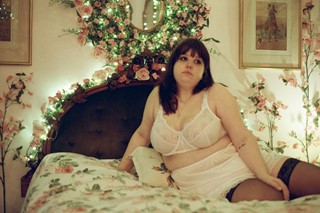 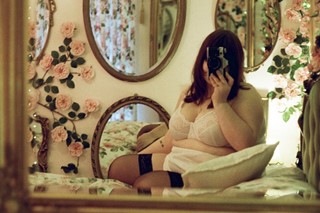 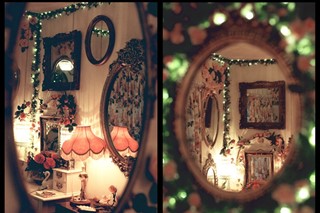 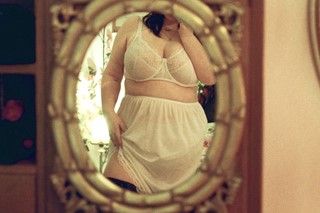 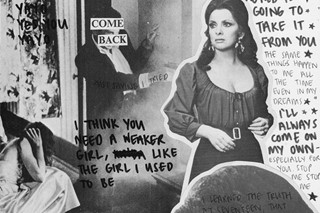 Since first picking up a camera to save her friends from ‘shitty selfies’ during her teens, over the last two years photographer Chloe Sheppard has learned the powerful resistance of turning the camera away from her loved ones and onto herself as a fat woman.

In a society that still dehumanises those of us that don’t fit into the narrow, socially acceptable standards of beauty still enforced within our culture – to capture herself honestly and with pride has been a process. For plus size people, snapping a selfie isn’t as straightforward as adjusting the contrast and whacking it on Instagram. Despite a wave of new, body positive activism infiltrating mainstream consciousness, for artists such as Sheppard, seeing brands tout body positivity on a size 10 body or covering stretch marks with glitter doesn’t represent a marked improvement in how they are treated due to their body image, and is as disingenuous as no representation at all.

But instead of retreating into herself and cowering to the shame fat women are taught we should feel, Sheppard is using her platform to show every single self-conscious teen that it’s okay to be who they are. In a new series made in collaboration with Polaroid Originals for Valentine’s Day, Sheppard puts herself front and centre. With imagery of herself at arguably her most vulnerable, she rejects the pathway to self-love as a slogan t-shirt and embraces herself as a tangible vessel to show that it’s okay to like who you are, for what you are.

To accompany her new series, Sheppard pens a self-love letter that outlines her own personal journey through body politics, and rejecting who she feels she should be in favour of who she really is.

“I started taking self-portraits when I was 13. I used to document everything, including myself. Yet when I first started posting my photography on social media, I would never post ‘honest’ photos of myself. I would post selfies that I'd agonised over trying to make myself look thinner, but never pictures that showed how I truly looked.

“As a 14-year-old girl obsessed with Tumblr I never saw fat bodies shown in an artistic, positive way, only in 'joke' posts or what are now memes. The way I grew up, I was consistently reminded that fat was ugly and was nothing to aspire to be and that it was a burden – and this was by my family, friends, the media, everything. I know my family only ever wanted the best for me by trying to help me lose weight all the time, but I wish I could have gone online and seen a fat person using her body in a positive way. Someone showing that you can be fat and still be accepted; have friends; fall in love, and not constantly feel like you are a piece of shit because of what you look like. I am trying to be the person I wish I had to look up to when I was younger.

“When I first started taking photography seriously I would only photograph girls that I thought were so beautiful, because I was so aware of how much I differed from them. I was posting photos of all these girls because I knew that was what people wanted to see. But I don't want to get lost behind all the photos I take of everybody else. I want to empower other fat girls and show that you shouldn't feel the need to hide behind everybody else – that we deserve to take up the same space and feel good about themselves.

“I get messages after posting self-portraits like, 'it's so nice to see someone with a body like mine romanticise it' – as so often all fat people see are their bodies being ostracised and shown as revolting. When that is all you see, that is what you become. When I was a teen I absolutely hated myself. I was told by everybody else that I was so gross and eventually started to believe it.

“Fat is not the beauty norm. Society, I'd like to think, is becoming more accepting. But it is still far from being as equally represented in campaigns, in stores, in TV shows and films. I am fat, and it’s evident from my self-portraits, so by posting them I guess it is a way of me saying ‘yes, I know you'd all prefer me to be thin but I'm not, and I'm still taking photos of myself’.

“Sometimes I feel like a hypocrite. Self-love is important to me when I think of everybody else. I don't want any young people hating the way they look and feeling shit because they're not represented, or have been made to feel ugly. But I don't really practice self-love or care enough personally. I still post on my private Instagram about how different I wish I was, how I hate the way I look – but I know really it's because that's what I've always been told to feel. It's my old dark habits and self-destructive behaviours coming out. With each self-portrait, I post I'm eroding away from them. I know online it may seem like I'm self-assured and confident, but really it's just that I'm more so than I was when I was 15. I still struggle, just like everyone else does, and even more so as a fat girl trying to navigate the fashion industry and being in love. I want to use my body to send a message to other people, to help them, and to show that I can still be fat and portrayed romantically.

“I ultimately just want to make it so that when a young, fat girl opens up her phone; instead of seeing the same thin body over and over again, she sees someone who looks like her, and feels less alone. That is what I never had but always needed.”