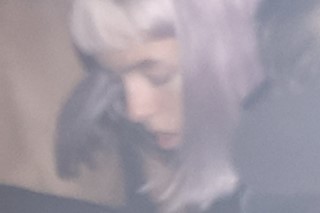 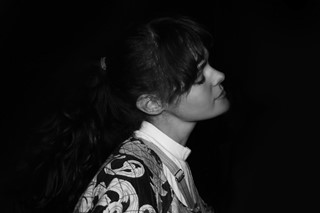 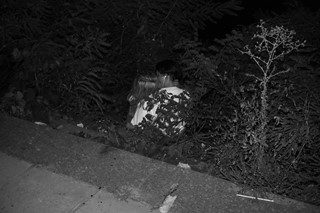 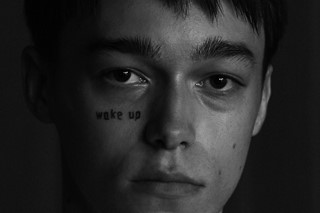 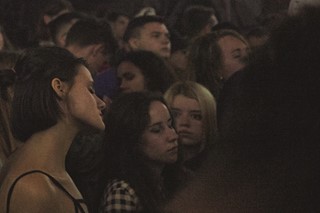 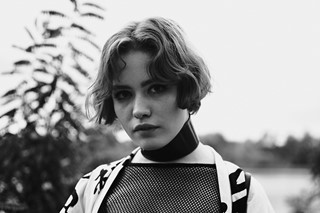 We all know that a truly great party is about a fleeting shared experience, which often comes in the early hours of the morning. The time and space where it happens are shaped by many factors; by the tunes and location, by history and youth culture. Altogether, it creates a lasting trace in the legacy of club culture, like the UK’s pioneering open-air raves of the 90s or Berlin in the 00s. We carefully study those moments through the grainy footage uploaded on YouTube, but thankfully there is always a place for reinvention. For the emerging generation staying up through the night in Kiev, the only time is now. In their book Wake Up Nights – launching Friday 27 October at The Store Studios, hosted by Dazed co-founder Jefferson Hack – photographers Max von Gumppenberg and Patrick Bienert documented the unseen side of the Ukrainian capital – the raves, the tender mornings and the faces of its new generation.

“I remember my first impression of Kiev, it was a bit like going back in time,” Patrick Bienert remembers. “I was immediately fascinated by people and by how open they were. I really felt at home. It was also about fun – having fun again and feeling free and I haven’t felt like this for a long time.” The photographers first came to Kiev in 2015, after travelling around the Black Sea and visiting the Ukrainian seaside town of Odessa. “Kiev felt super exciting, particularly the nightlife,” Bienert adds. “It felt like back in the days, like Berlin ten years ago. We did several fashion projects there and I started taking pictures on the side. The time we spent there, over the course of two years, eventually became this book.”

Bienert and von Gumppenberg have been collaborators for over a decade, contributing to notable titles such as Dazed, AnOther Magazine, and Re-Edition, and many others. Even before the rise of the post-Soviet fashion aesthetics, they travelled extensively around Eastern Europe and shot editorials in Belgrade, Tiraspol, and Odessa. Their work specifically pays close attention to the history and context of the place – which shows in their visual study of Kiev.

2015 was special for the city and the country. The revolution of 2014 saw a new generation fighting to have a say in their future by opposing the corrupt government. In the wake of the revolution financial crisis, the energy was palpable, and the new wave in art, photography, fashion and rave began to emerge. In 2014, Slava Lepsheev started his night Cxema as a way to fill the post-revolution nightlife void. Something he’d designed as a small party for friends over the years grew into an internationally-renowned rave phenomenon. Disused factory buildings, former offices and graffiti-covered riverbanks were appropriated by ravers. The homegrown independent music scene was on the rise as was the dedication to spend the nights (and often days) immersed in beats.

“Rave culture in Kiev is about something bigger than just partying. Rave is the space where you can escape from all your problems and have fun and the new generation created this space for themselves. During the crisis, a lot of people lost their jobs and money was worth nothing, but they were looking for something new and doing it. I’ve seen a lot of articles calling it ‘rave revolution’, but I feel it was something they just did for themselves – to simply have fun and feel free,” Bienert says.

Bienert and von Gumppenberg also captured the unique atmosphere on the streets of Kiev, where traces of the past merged with a rising new culture. “A designer friend introduced me to the cult late-Soviet film ASSA, the music of Viktor Tsoi, and in these things, I could feel a slight sadness for the past which exists in today’s Kiev. I think you feel this when you walk down the street, but also you can feel the energy of the future,” Bienert says.

During their time in Kiev, the photographers went out to Cxema parties, and also the renowned club Closer, which is located in a former ribbon factory. The book also captures the intimacy of the house parties, the long walks, and the hidden gems of the city shown to them by their newfound Kiev family. The book is much more about the morning than the nights – with its soft light and romanticism, and the dawn of the new era that Kiev’s emerging generation is living through.

“We called it Wake Up Nights because we were thinking of the people who sleep at night and go out to parties in the morning hours, as that’s the time for the best music. As well as one of our friends who has a ‘wake up’ tattoo. In Paris at the end of the 80s, there was a club from Laurent Garner with the same name. It’s about the connection between techno and something bigger,” Bienert adds. “The book is the first thing we did outside of fashion, and none of the pictures are staged. We were just trying to capture the people and the moment.”

Wake Up Nights launches at London’s Store Studios on Friday 27 October, 7-10pm. The event will be hosted by Dazed co-founder Jefferson Hack