Prev
Next
Prev
Sisters Uncut
Next

“We occupy. We disrupt. We shut shit down.” Sisters Uncut are the feminist group who, standing with all self-defining women threatened by domestic violence and austerity measures, are making 2016 echo with the sound of voices united in angry chorus: “They cut, we bleed!”

“We want liberation, and this will come with our expansion,” says the group, whose radical stance has been praised by fellow Dazed 100 activist Reba Maybury. They cite the recent splitting of their London movement into North, South and East London Sisters as evidence of how they’re organising more effectively. “As our mass movement builds, we will increasingly create a politically toxic environment to ensure our demands are met.”

With two women a week dying at the hands of a current or former partner in England and Wales – and council budget cuts slashing ever deeper – Sisters Uncut contend that the time to be quiet is through. “This statistic is now being brought up in the media and in parliament,” they say. “We’re changing the narrative because of the efforts of our Sisters.” The movement has grown rapidly, a feat that feels all the more satisfying for having been achieved without men: “Without them, we have created a community that feels infinitely more efficient, powerful and safe.”

The group’s most high-profile moment since forming in November 2014 was probably their storming of the Suffragette premiere, which saw feminist protesters jump the barriers and lie down in protest on the red carpet. “There was a lot to be anxious about but a lot to be brave for,” the group’s Shanice Octavia told Dazed after the event last October. “But the good thing about us is that we’re a collective so we feed off each other, and there’s a strength that comes from organising with other women who are as passionate as you are.” 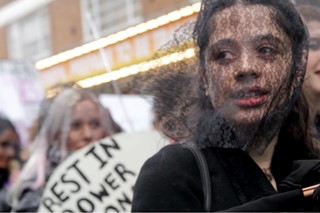 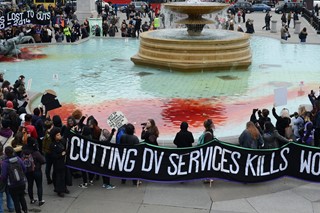 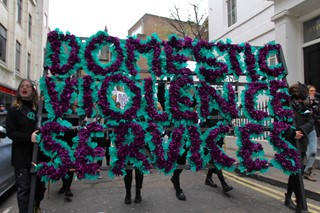 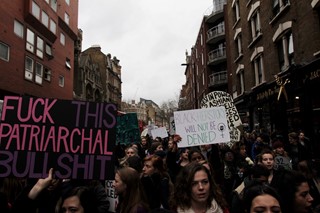 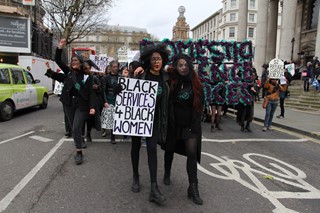