Pound shops found a new pizazz when east London’s Kingsland Road was invaded with out-of-this-world Margiela Artisanal creations under Venice-born Vitturi’s lens for Dazed last summer. His Dalston Anatomy show at The Photographers’ Gallery fused the lavish with the ramshackle to spellbinding effect, inventively incorporating influences from African and Asian culture. “Nowadays everyone has access to technology and can be a star,” he says. “However, only those with the strongest ideas survive the ‘15 minutes’ effect.” With his global eye, expect Vitturi to be around a lot longer than that. 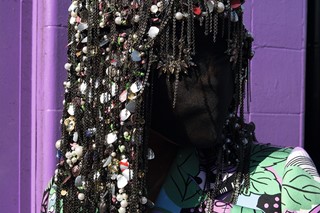 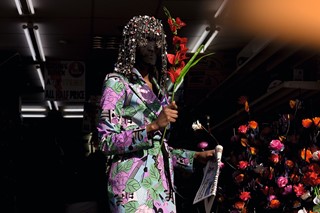 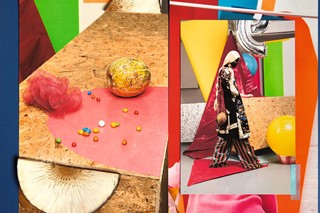 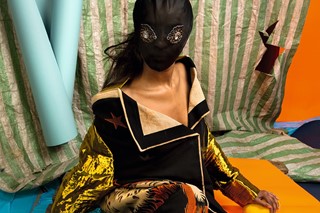 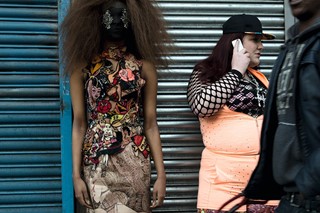 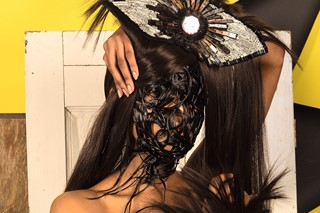 Lorenzo Vitturi: Bunga-bunga and the whole Berlusconi saga, which began in 2012 and ended, temporarily, in 2014. Any MTV awards compared to this daily show is a poor fiction.

Lorenzo Vitturi: I meticulously compose, with my hands, visual celebrations of life as an expression of diversity and unstoppable energy.

Lorenzo Vitturi: I am noticing more and more that new and refreshing influences from Africa and Asia are entering and enriching our culture. I think people are embracing them and this is having an effect on pop culture as well.

Lorenzo Vitturi: I learned how to use a chainsaw and a cherry-picker. No one can stop me now.