A new rainbow-hued book is attempting to address sex in the contemporary age with photography by Maggie West and essays from Gaby Dunn, Darcie Wilder and more 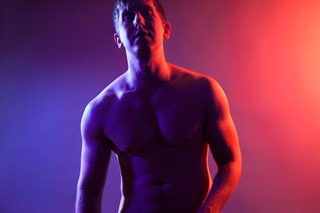 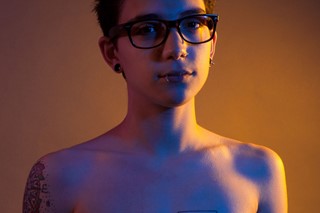 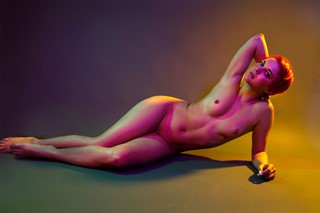 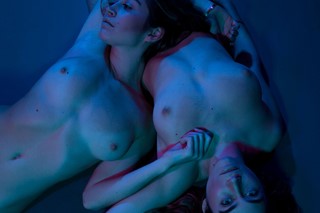 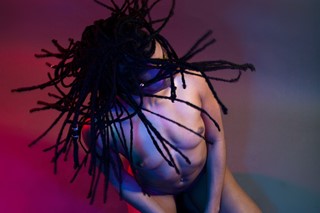 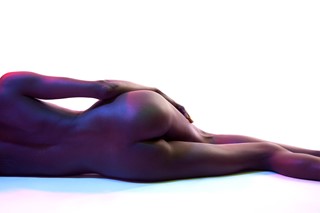 Featuring striking images from LA-based photographer Maggie West, 23 (relating to the number of models captured, including three trans models) is the latest book to engage in addressing contemporary sex culture. Exploring a subject that – while many of us are familiar with it – needs more progressive dialogues, West's rainbow-lit images are accompanied by a series of frank essays written by a diverse range of voices.

Wilder’s piece, in particular, is a personal reflection on intimacy which is both thought-provoking and totally relatable. “Why be ashamed of morning breath?”, she asks, after describing a situation some of us know all too well.

While the book does its best to give space to as many genders and sexualities as possible, one thing noticeably absent is a spectrum of varying body types and different races. Something West herself acknowledges and admits she is ready to learn from. “This book is about the spectrum of gender and sex and while I realise that it isn't totally diverse – everybody is about the same age, everyone is pretty attractive, no one has a disability, etc – I feel like it is more diverse than a lot of other existing work of a similar nature”, she writes over email. “The book might not be perfect, but I feel like it’s at least a step in the right direction.”

23’s launch party will be held on April 26th at The Standard rooftop in downtown Los Angeles, where RuPaul’s Drag Race winner Alaska Thunderfuck will be giving a special performance, as well as live readings from contributors Zeischegg and Dunn. As the book prepares to launch, we share a series of West’s photographs and premiere Wilder’s essay in full below.

when i wake up in the morning and tip-toe into his bathroom and rub toothpaste on my finger, against my teeth, and crawl back into bed unsure if it’s better to admit to sneaking out and using his toothpaste or if i shouldn’t acknowledge it at all, or if i don’t have to hide it but shouldn’t lie about it. why be ashamed of morning breath? i remember making out for like, eight hours but waiting to have sex and then when we had sex it wasn’t really even that good but i was still hung up for way too long. i remember this specific movements you made and feeling too comfortable in your bed and not fitting into the pajama pants you lent me and now when i walk past your apartment my phone automatically taps into your wifi because you gave me the password when i didn’t have service. and how this sometimes happens, or happened once, in the backyard of the bar around the corner from your apartment.

“i love these photographs because they remind me that everything, especially our bodies and what we do with them, aren’t separated by borders and lines, but exist on a gradient” – Darcie Wilder

good sex feels bad after. or does for me because sex terrifies me. or sex doesn’t terrify me but i wish it did, because then it’d be easier, or at least more clear. it’s too many layers beyond that, all on top of each other like when i flick through those app filters that color burn and dodge and saturate but don’t let me adjust the intensity level so i can never get the right mix. i hate the part of a relationship that’s the other person, except i love it. except i don’t but i’m obsessed with it. have you ever heard that freud story about the kid that kept throwing their toy away from them across the room in an attempt to “master loss”?  i haven’t found a good enough guidebook and i guess that’s the point. are there any other universal rules beyond consent?

omg whoops sorry wrong thread that was for someone else. anyway. i love these photographs because they remind me that everything, especially our bodies and what we do with them, aren’t separated by borders and lines, but exist on a gradient, and it’s not even simply a gray area. it’s a variety of colors, or sometimes the same with different hues and intensities and shadows, each unique to the situation. these photographs remind me that words and systems and structures are invented to describe pre-existing relationships, not to invent them. they remind me a body isn’t always sexual, but is sometimes. they remind me that if i don’t chill the fuck out and trust myself, i’ll never cum...

23 will launch on 26 April. For more information, click here