It looks like no one had fun at Download Festival this year as over 40mm of rain pelted the Midlands, turning the field into ‘muddy soup’ and grounds for retrospective hilarity 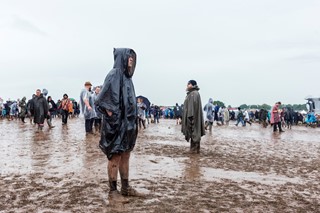 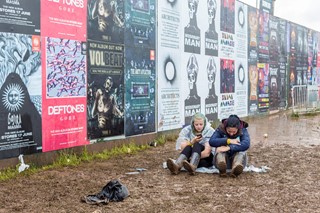 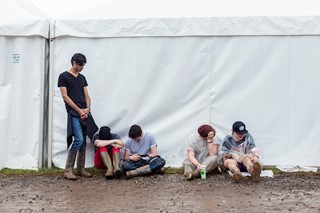 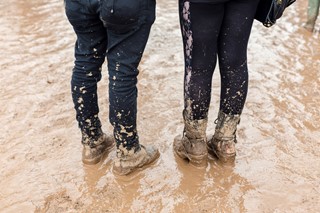 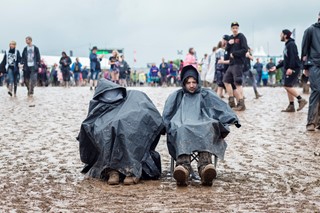 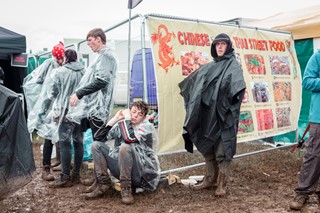 Yay. Festival season is officially upon on us. If you were at Field Day, you would have heard the moans and groans of festival goers, myself included, as the heavens opened over the capital. According to weather reports, it was estimated that over the two days, 3.5mm of rain fell on London. What felt like a lot, really... wasn’t.

Especially when you pause to spare a thought for our friends in the Midlands, particularly those who flocked to Leicestershire to attend this year’s Download Festival. Over the three-day event, they were treated with approximately 40.8mm of rain. Which explains the forlorn faces in London-based street photographer Chris Lee’s photos. With a particular penchant for ‘fan photos’, Lee descended upon Download to add to his photographic canon, even though admittedly he has no real interest in heavy metal music. In fact, he’d never been to a festival before, but – after finding out just days before that it was due to piss down – armed with a pair of old snow boots, a waterproof poncho, and a shower cap that he wrapped over his camera, he managed to capture what are undoubtedly our favourite images from a festival, ever. As we try to figure out whether to laugh or cry, Lee fills us in on the experience below.

Have you been before? If so, what have you previous experiences been?

Chris Lee: I've never been to a festival before actually so I had no knowledge of general things like hardly anywhere takes card, food is extra pricey, horrid toilets, and that the site would be so big.

What were the people like that you came across?

Chris Lee: The people there were a strange mix of teenagers and the much older die hard fans. Some quite reserved and some rather aggressive and loud.

Chris Lee: When the headliners were on, the place was packed so I feel as though the fans here are the most dedicated to their music despite the weather.

“It went from a chocolate cake texture to a muddy soup, some parts ankle deep and on a slope” – Chris Lee

Any highlights of the event?

Chris Lee: My highlight was when it started raining, the atmosphere changed dramatically and it got really exciting from a photographic point of view. It was kind of entertaining to watch the people who were prepared and the people who weren't. From then on, it mostly rained a lot of the time. The only time I stopped taking photos was when Ozzy Osbourne was on stage and he summoned one of the most immense rain clouds from the horizon.

Chris Lee: Maybe being woken up by those guys that walk around the campsite at 4am shouting on purpose to wake everyone up. Who are these people?!

How muddy was it, really?

Chris Lee: It got progressively muddier over the course of the festival, it went from a chocolate cake texture to a muddy soup, some parts ankle deep and on a slope. Most, if not all, grass died out after Friday. There was no dry land. Except the campsite in places. However, one camp was completely flooded after Friday's downpour so space was extra tight. My tent was at least a half hour walk from the main arena.

No one is smiling in your photos – was anyone actually having any fun at Download?

Chris Lee: I think people were really hoping it would stop raining eventually.

What would be your advice to festival goers?

Lee will be exhibiting more ‘positive and colourful’ work at DreamBagsJaguarShoes in Shoreditch until 5 August with his exhibition Golddust, featuring work centred around contemporary Ghana

Berghain’s Sven Marquardt talks to us about his photography
PhotographyLightboxFestival