This photographer is challenging the misinformed, mainstream perception of blackness with raw, intimate portraits of her peers 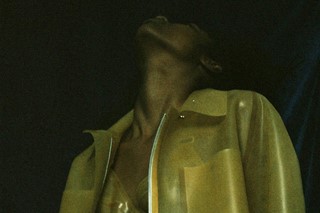 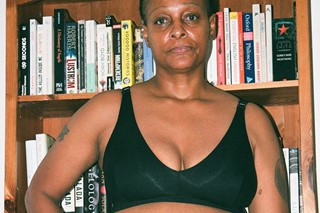 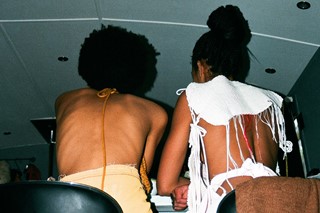 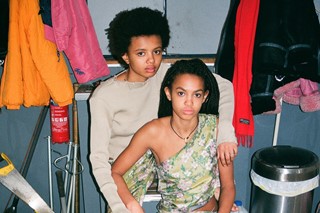 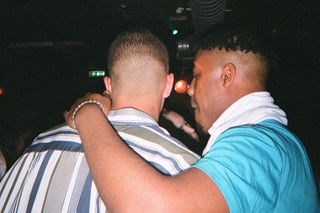 In a world where police brutality against POC is rampant, where women of colour are refused entry to nightclubs because of their skintone and a community’s bodies and culture are co-opted by a society that views white as the default, the mainstream perception of blackness can be a preconceived farce. Amandla Stenberg had to tell the world to stop cashing in on her cornrows, but was met with ridicule from the Jenner fandom when she called out Kylie’s braids. #BlackLivesMatter trended worldwide, but found opposition in the repugnant #AllLivesMatter campaign. The exploitation, sexualisation and complete erasure of blackness are still very much prevalent in 2015

“I want to open people’s minds to the diversity of identities of black people within contemporary society,” says photographer Ronan McKenzie. “I’ve had enough of black people being consistently stereotyped as one kind of person and it being a surprise or seen as ‘acting white’ if we don't live up to the expectation that has been pushed upon us.”

The product of her need for an established cultural identity is A Black Body, an exhibition exploring the characteristics of the black figure.

McKenzie stresses the importance of embracing who she is as a black woman, in a society that doesn’t always appreciate. She explains: “There are photos of my mum in underwear just around the house, they're not supposed to be sexy, or point anything out about her or make any assumptions at all. For me, they're just about embracing her for everything she is and to feel strong because she's confident in her own skin.”

Beginning the series, McKenzie delved into the personal stories of her family, her peers and people she found on Instagram and photographed, in an effort to uncover the range of experiences and treatment her subjects had. “I had some amazing conversations with people I shot about what it really is like to be black and how they've felt in a society and more specifically in an industry that doesn't always appreciate them. Especially in terms of who is seen as black,” she says.

Voicing frustration at the fashion, media and music industries for their appropriation and profit made off of her culture, McKenzie explains society’s impossible expectations of black people. Black women are expected to have a curvaceous figure, despite body type being indefinitive of all races. Their bodies are fetishized by mainstream pop culture, but thought of as ‘hood’ or ‘ghetto’, then reconstructed and co-opted for white women to consume.

“I hope the strength, life and versatility of each and every black individual that I shot comes through” – Ronan McKenzie

“It’s exactly the same with twerking; twerking has been around for decades in the black community, with the twerk team posting on YouTube since 2009 and even with the Ying Yang Twins in the early 00s, but suddenly when Miley Cyrus busted out a shit what’s-supposed-to-be-twerk at the VMAs I saw headlines pop up like ‘Miley invents new dance style!’” says McKenzie.

A Black Body aims to reinvent the narrative of the black figure; to take it back from white-defaulting society and make it real and personal again. The exhibit captures raw and intimate portraits of varying ages, genders and walks of life with a sense of true authority over how they’re portrayed.

“From seeing my exhibition I want all races – but black people specifically – to feel empowered, confident, and comfortable to be exactly who they are, not feeling like they need to change for anyone or anything,” she says. “I want black women and men alike to feel beautiful wearing their natural hair and I want people to see that for me as a young black woman, it's important to recognise and appreciate black people through my work. Although I loved styling it all and worked with some incredible designers – the clothes are just an addition to who the people are, and I hope the strength, life and versatility of each and every black individual that I shot comes through.”

McKenzie sees the project continuing past her exhibition at the Doomed Gallery in Dalston, further exploring the layers and intricacies of black bodies. Her exhibition also sees the launch of two zines: Meninas – meaning ‘girls’ in Portuguese – and Strangers. She continues: “I've also been thinking about starting up my own modelling agency to represent all the beautiful faces that are under-represented in the London fashion scene – so we'll see!”

A Black Body will be exhibited from 17 December at Doomed Gallery, Dalston