Seven thrifty young Spanish creatives prove that the city’s art scene keeps thriving, even with the onset of winter 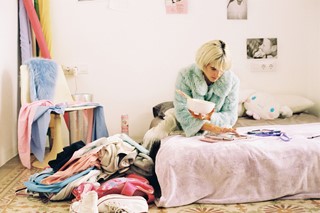 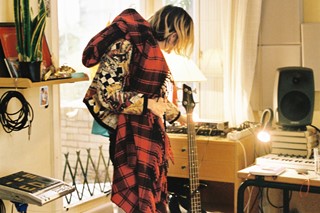 In collaboration with Canon, this winter, three photographers will travel across Europe with their cameras to capture in the low light of the season, a selection of the subcultures bubbling under the surface of some of the continent’s most exciting cities in order to tell the stories behind them

To truly live as an artist today is tough. Arts funding has been slashed, or simply forgotten about, in major creative hubs around the world. So much so that it feels like we’re losing the lifeblood that art provides our cities. To combat rising costs, more and more artists are joining forces with one another, either by becoming a collective or simply sharing studio space. It seems to make things a little less difficult if you surround yourself with talented and creative people, not only to keep you inspired but to also ensure you’re never short on someone making tea, particularly when the cooler months of the year come around.

It was at the dawn of winter when photographer Alba Yruela began shooting a new series in Barcelona in collaboration with Canon. Home to some of the most renowned galleries as well as a historical canon of legends, it’s no secret that Barcelona is an art mecca – the city itself feels like a breathing work of art. But bubbling under the surface is a new generation of names, with seven of them captured here in low light by Yruela. All aged between 25 and 30, Yruela visited them in their natural element; their shared studio in an industrial neighbourhood close to the city centre called Poblenou. “It’s calm, there’s no stress. They play music and no one is in a rush because they are creating for no reason – all day and all night if they want, they don’t have time constraints,” she says of the space.

“At most, we have an electric heater but it’s expensive, so sometimes we don’t want to put it on” – Alba Yruela

“Barcelona is cheaper than places in Europe, and it’s so small, you can go walking from one point to the other point and it’s maybe two hours, you can do a lot of things in a day and you can buy things because it’s not that expensive,” she adds. The flip side to this is, of course, Spain’s dwindling economy and soaring unemployment rate – marked at 22.7 per cent this past April. “The problem is that we don’t have good jobs (available) here, and this is a problem. Barcelona is cheap, but we don’t have the money we should have.”

It’s a reality that artists like those shot by Yruela are really starting to feel now – as Europe is plunged into winter and the cold and dark is a little harder to escape. “We don’t have heaters because here it’s only two months of cold, but for that time we are super cold. We have bad moments of cold but we just put on blankets, jackets, socks. At most, we have an electric heater but it’s expensive, so sometimes we don’t want to put it on. Instead, we have blankets or tea and coffee,” she explains. Despite the cold, however, amongst this group of friends – all who have known each other for years, and all brought together through art – is a warm spirit and a sense of community that means, if they’re all in it together then, everything will be fine.