Tired of the re-blog ready photography generation, Tyler Mitchell trips his analogue camera over to Havana to capture its emerging youth scenes 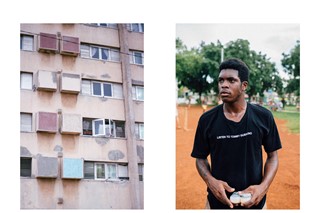 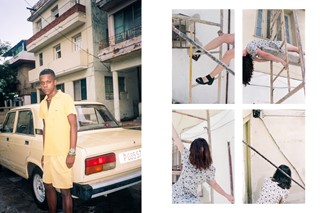 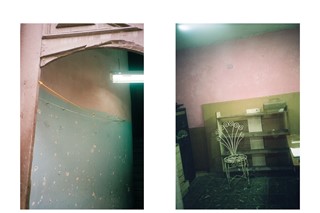 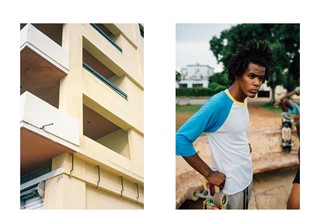 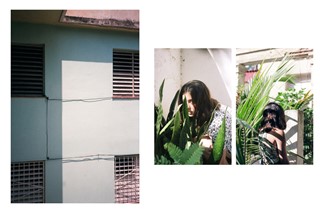 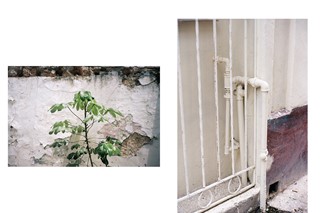 20-year-old photographer Tyler Mitchell went to Cuba with 30 rolls of film and literally, admittedly, absolutely no idea what he was getting into. All he knew was that he was frustrated with the re-blog ready generation corner that we 20-somethings have backed ourselves into. "Once you spend a month on an island with no connection to the outside world, you start to think a lot. I got really worried about the condition of things back in New York; the over stimulated, over connected, scene driven culture of it," he says.

Sure he has an Instagram, he’s just short of 5k followers, but he’s also part of a new generation of photographers reaching for an analogue camera over an iPhone filter. Explaining, "I haven’t given up on the re-blog ready stuff, it has its place, but I’m just trying to cut through to something real and less instant gratification based. I’m tired of everyone existing on their Internet platform but very few actually inspiring. I’m just trying to give people something they can interact with. I think these photos feel special in that way; they were created in a place where I couldn’t really be affected by anything other than Havana itself. I wasn’t too concerned on what was cool or trending in the outside world because I couldn’t see any of that."

Tripping over to Havana from New York, where he’s currently a film student at NYU, Mitchell’s new book El Paquete (translating to 'The Package') explores the island's emerging skate scene. Captured on the occasion of Havana's first-ever Go Skateboarding Day, the sport that holds a special place in his own coming-of-age as he recalls being 15 "bored and trapped in Atlanta" and through YouTube taught himself to skateboard, an interest that soon led to meeting his now-best friends. It was through skating too that a friend introduced him to photography.

"I’m in no rush to go to Paris, Milan, the Greek islands or any of that stuff cause I know I’ll get there” – Tyler Mitchell

Shot during the summer – which he describes as, "Deadly. All I could do was sweat and take pictures" – El Poquete’s title borrows from a local ‘newspaper’ that travels around the island to subscribers via a USB stick – something he says was the craziest thing he experienced while there. "Since Internet is expensive in Cuba, it’s nearly impossible to get outside information. El Paquete however, is a terabyte of curated content containing films, documentaries, images, and memes. It’s technically illegal to subscribe to,” he says. “The government doesn’t support it. How wild is that. A week’s worth of Internet basically sent to you in the mail."

With Cuba still under Communist rule, Mitchell muses on his intentions for travelling there, revealing, "I’m just always trying to do stuff that’s not allowed so I wanted to go to a place that Americans and western schools generally seem to paint such a negative picture of. I wanted to stop being so scared and actually just try something out! I was able to find appreciation for Cuba outside of that limiting western view." He goes on to explain that without having a political mindset instilled in him he was able to travel to the country with little preconceived notions as to what he would experience there. “Blocking out the gossip allowed me to shoot Cuba in this a-typical way. Showing the island as this beautifully vibrant but tragically run down place," he says, adding, "I’m in no rush to go to Paris, Milan, the Greek islands or any of that stuff cause I know I’ll get there."

Although running into the skate scene was an accident, it has since formed a major arc in his project. "Havana is weirdly small and you start to find out what scenes gravitate towards certain areas of town quickly. I was out at a club one night when I randomly heard perfect English being spoken amongst these Americans," he says. "One of them explained that they’re in Cuba to bring skateboards and gear to kids in the newly emerging skate scene. With no Internet on the island you really have to trust what people tell you, so I sat at the corner he told me the event would start at and watched as the skaters congregated."

He adds: "Havana naturally has colours and an energy that I agree with. It’s modernising quickly and with this series I wanted to capture that special transition period that it’s going through. Skating is so brand new there, the kids are simultaneously so sweaty under the hot Cuban sun yet so excited just to try a new trick down a dusty stair set. Whenever someone lands a new trick, everyone screams because people have never seen anything like it before. It’s supportive and incredibly refreshing compared to the established and sometimes contrived scene in New York – I love that about it. It feels like what Los Angeles must’ve been like in the 70s.”