Into the guts of the Italian region, crime and poverty gives way to an unwavering sense of community and survival spirit in this touching series 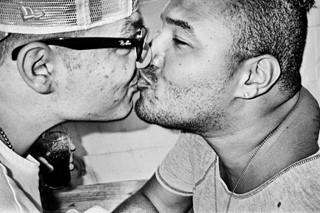 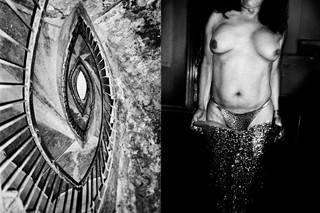 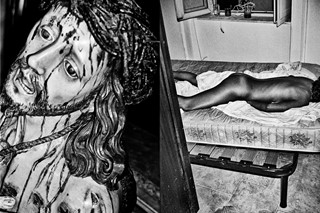 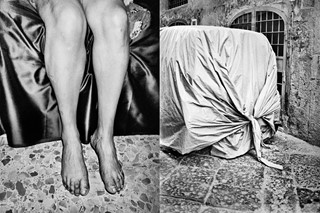 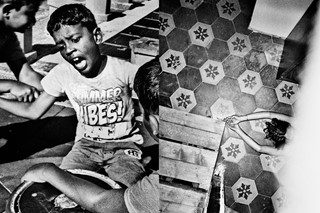 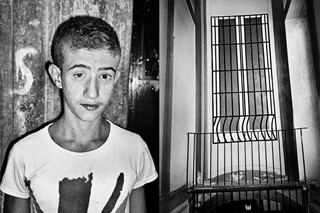 Travelling into the heart of Naples to Forcella – the Italian region’s oldest and smallest neighbourhood – photographer duo Jean-Marc Caimi and Valentina Piccinni found themselves in a timewarp. The pair found out about the town, which remains almost untouched by time, trends or tourists, through a friend and, fascinated, set off in 2014 to capture life there. Renting a small room they set about their daily documentation with a small point-and-shoot camera, developing the film at night in the flat’s toilet.

“Forcella’s Spanish quarter Sanità is the home of the most fierce mafia gangs but it was also a unique way of living and an incredible and peculiar humanity still untouched by modernity and globalisation resides,” the duo tell us. “Neapolitans are a tribe, an enclave where people follow a unique way of living, with a stubborn attitude of ignoring outside influences, or transforming and filtering them according to their style, rather than an evolutive, or progressive process. The feeling we got is of a stratification, where different eras lean, piled one over the other, unchanged, untouched.”

The pair also explain how the city bears the reminders of abandoned post-war construction sites and the aftermath of a severe earthquake in the 80s. “These scars and the first attempts of reconstruction, such as huge scaffolding structures, are all still there, unchanged since then. In Forcella and the adjoining neighbourhoods this time warp scenario is particularly evident. These places lie in the oldest heart of the city, places often avoided by tourists.”

“Neapolitans are masters in the art of fending; scraping together enough money to make the day. Anything will do, there’s huge creativity there, from the legal to the criminal. From renting a couple of used umbrellas at the beach to drug smuggling” – Jean-Marc Caimi and Valentina Piccinni

One of the biggest factors unearthed during their assignment was the amount of poverty they came across, yet what also shone through was a sense of determination, creativity and survival. “In Forcella and the adjacent neighbourhoods poverty makes the rules of the everyday life. Poverty and mafia, of course. Neapolitans are masters in the art of fending; scraping together enough money to make the day,” they explain. “Anything will do, there's huge creativity there, from the legal to the criminal. From renting a couple of used umbrellas at the beach to drug smuggling.”

The most intimate and touching moments came as the boundaries between foreigner and local were broken down. “Human extremes are touching when Mafioso families with a past – sometimes present – of violence welcomes you, a complete stranger, in an old fashioned way, offering you all kind of hospitality,” the pair recall. “An honour code is somehow respected and preserved, something belonging to the past, to a fading heritage of an Italian cultural imprinting. Under the rind, the thick skin forged by a hard survival routine, still survives a kindness and ingenuity, a precious spontaneity rarely found elsewhere. When given the opportunity, when some emotional bridge is created, people are ready to share their humanity. We kept learning this lesson while doing our documentary work. To us it is crucial to get entwined with the story we're recounting and with the people involved.”

All photographs by Caimi/Piccinni, courtesy of Redux Pictures