Capturing the after hours of the Japanese capital, these images offer a no-holds-barred peepshow into adult playtime 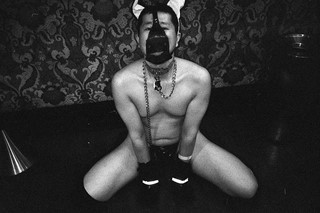 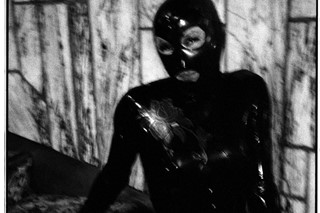 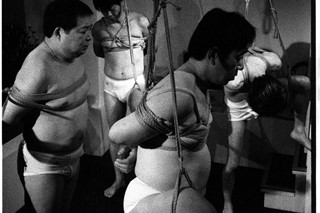 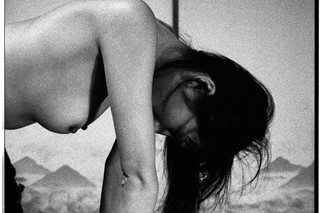 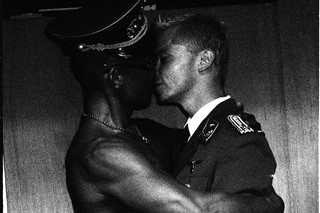 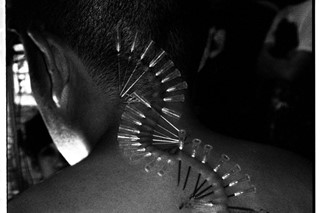 It’s an unverified fact that Japanese culture is one of the most polite and respectful in the world – even when its people are frequenting the many love hotels, private sex parties and bars that Tokyo has to offer. Polish-born photographer Pawel Jaszczuk spent three years frequenting such places, capturing everything the city’s sex scene has on offer in a fascinating series of images now published in his book Kinky City. “Tokyo is a mind-blowing space where you are able to fulfil all your sexual desires,” says Jaszczuk. “Japanese people are extremely polite, even when they’re in these kinds of places and situations.” The book’s foreword, written by Natalia Czarkowska, hammers home that sex is viewed differently by our eastern counterparts than it is in the west, noting: “Sex, erotic, pornography – all this is part of life, especially in art, a natural human need that is not subjected to moral evaluation in Japan. What someone is doing with his body is his private matter.”

Featuring safety pins through lips, bar spikes through spines, gimp suits, manga fetishists, BDSM and copulating couples, Jaszczuk’s images are a NSFW peepshow into the world of unbridled sex in Tokyo. “Every time I took photos I introduced myself and explained the purpose of my presence – being honest always pays off,” he says, explaining that regular customers and bar owners were often keen to invite him through their doors. Mainly spending his time in the area of Shinjuku Ni-Chome, home to an estimated 300 bars, the photographer says the experience taught him to be more open-minded, “We can’t judge others too hastily, we need to respect each other much more,” before admitting that there was one bar that avoided the glare of his lens, “There’s a bar where you can order a ‘poo’ from the bartender, on a plate. I was invited there but I refused.”