18June 2015
TextAshleigh Kane
Until Death Do Us Part17 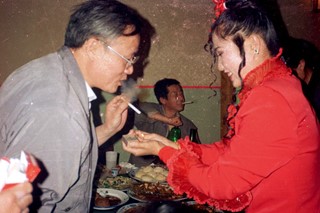 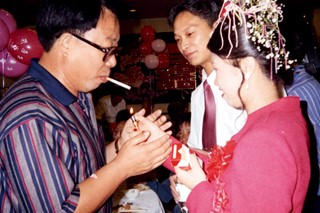 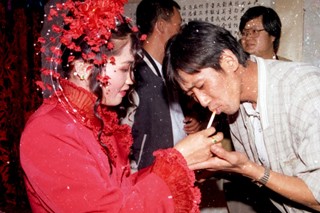 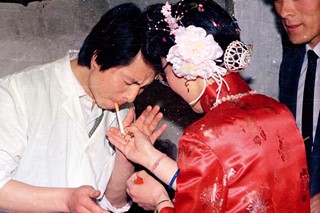 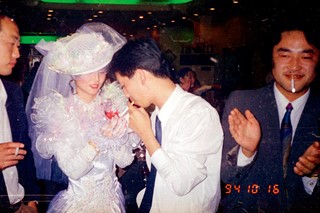 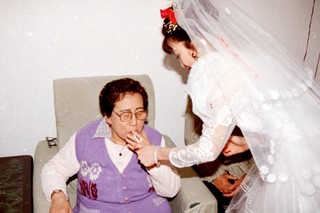 Who knew cigarettes played such a strong part in Chinese weddings? Photo collector Thomas Sauvin didn't, until he came across a stack of discarded negatives at a recycling plant in Beijing. A native Frenchman, his new book Until Death Do Us Part uncovers a bizarre custom of brides lighting a cigarette for each man in attendance at their wedding – a token of appreciation before she partakes in 'smoking' games with her groom. The archivist and collector uncovered the fascinating tradition when one photo of a man and his wife sharing a homemade bong sparked the discovery of dozens more images, shot at different times and by different people, featuring the custom.

Sauvin, who's based in Beijing, initially came across the recycling plant in 2009 and has since founded the Beijing Silvermine project as a platform to house his discoveries – which now notch up more than half a million found negatives. "Recognising a chance to rescue abandoned memories, I struck up a deal to buy these photographic negatives by the kilo," he explains. "What might be unusual with this book is that found photography publications usually tend to unearth a story within one stranger’s personal life, but here, it’s a slowly disappearing custom which is bringing the images together."

Until Death Do Us Part is available now from Kominek Books. Check out Sauvin's Facebook and Instagram for more. You can also see a great documentary on how Sauvin mines his negatives here