Paul Rousteau explores the sacred side of social networks 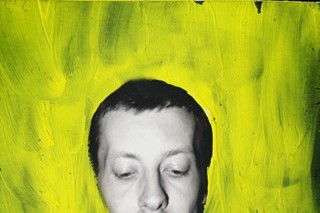 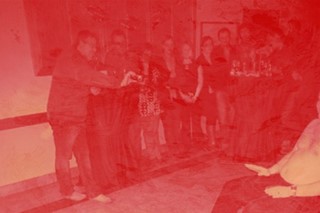 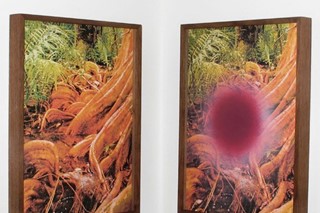 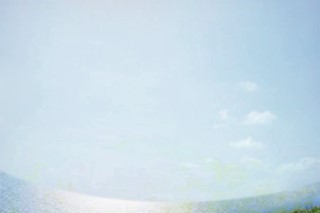 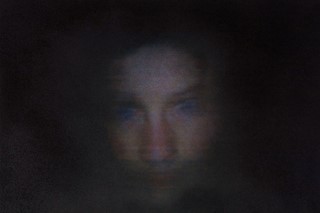 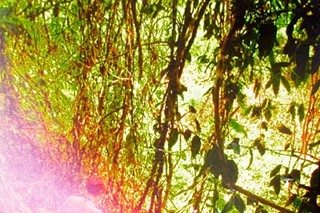 Parisian photographer Paul Rousteau’s work is a blend of the spiritual and the digital, exploring the clash between our generation’s devout fascination with Facebook versus religious iconography and miracles. The Book of the Holy Face sees Facebook photo prints sprayed with colour and made to recreate iconic biblical imagery. In another spiritual project, The Grotto Apparitions, Rousteau photographs the Grotto of Lourdes using pixellations to emulate Google Street View. Rousteau describes his work as technically 'un-aesthetic', but it is through this imperfection that he seeks to ask what the real purpose of religious imagery is.

Dazed Digital: What kickstarted your love of the 'imperfect photograph'?

Paul Rousteau: I studied at The Vevey School which was pretty professional and all about ‘serious’ photography. But I was into rebelling against the ‘technically perfect picture’ – no blurring, no under exposure, no flare or red eye. I’ve always tried to keep my amateur style. I was really inspired by Kessel Krammer’s book of found pictures, Gerhard Richter's atlas, and also "Spirit Photography" – stuff that’s between reality and imagination.

DD: Tell us about your Facebook vs. The Bible project?

Paul Rousteau: At the moment it’s still unpublished, but it’s the modern bible illustrated by pictures that I found on Facebook. For example, a Facebook friend of mine posted a picture of a girl dancing on the floor at a Bachelor party and this scene illustrates Mary Magdalene washing Jesus' feet.

The web is empty of spirituality...it’s an interesting confrontation between two mass medias: The Bible and Facebook

DD: Why Facebook 'Versus' The Bible? Are you highlighting a clash between the two worlds?

Paul Rousteau: For me, the web is empty of spirituality, so it's funny to look at this as a paradoxical thing, it’s an interesting confrontation between two mass medias: The Bible and Facebook. Christianity will still win over Facebook because there are 2.2 billion Christians against 1.2 million Facebook users. But for our generation, Facebook is really present, for our generation, we spend more of our time on Facebook than in church. I’m not saying that’s a bad thing, I just think we’re increasingly less spiritual.

DD: The project strikes me as a trippy update on biblical imagery?

Paul Rousteau: Yes, it’s a reinterpretation with modern tools. For me, it’s a bit of a manifesto for the re-establishment of amateur pictures and failed pictures, for all the precious photos that we have. For all the crappy ones we erased thinking they're worthless but they actually reveal a lot.

DD: What is your Google Street View/Lourdes Grotto project all about?

Paul Rousteau: It’s always the same for me - to look at the spiritual side of modern technologies. In this project, I’m like a charlatan. I'e tried to recreate the apparition which was seen in 1858 by Bernadette de Soubirou in Lourdes. For this, I blew up pictures of The Pilgrims Post on Google Street View and I looked for faces in the rock. Afterward, I used a secret method of printing to create the final result.

DD: With Lourdes being a big sacred destination - is religion a key part of all your art?

Paul Rousteau: Yes, I had a Christian education that I left when I was teenager. With this work, I read the Bible and tried to see it with adult eyes. I agree with lot of it but I really question the miracles. So I remade those miracles in the studio (St. Paul's illlumination, the multiplication of bread, the separation of the Red Sea). For me, miracles are the most interesting part of the Bible because they are caught up between real and imaginary. It’s this part of the blur I'm interested in. Personally, I'm more spiritual than religious.