Experimentalist, maestro of the ‘avant-garde’, originator of the laser harp, musical eccentric – these are some of the terms that one might use to describe the charismatic French composer Bernard Szajner. Unpredictable in the extreme – Szajner hit his stride in the mid-seventies when he began to oversee groundbreaking laser and light shows for bands as diverse as indigenous jazz-rock pioneers Magma and perennial stadium preeners The Who. It was then, as he explains to Dazed, that he considered making a concept album based around a book that he happened to be enamoured with – namely Frank Herbert’s otherworldly opus of sand, sex and sanguine, Dune. The result was Visions of Dune – an aurally challenging and occasionally transcendent album that remains somewhat ahead of its time (it would have been especially well-received, one imagines, had it debuted during the heyday of The KLF, ‘chill out’ and acid house). Now obtaining a welcome reappraisal and re-release, Visions of Dune not only anticipates Szajner’s later work – including his critically acclaimed Some Deaths Take Forever (an ambitious audio document designed to mediate the horrors of death row imprisonment) – but stands tall as a uniquely sublime achievement.

Let’s go back to the genesis of this album. Why did you decide to start creating your own music instead of continuing with your laser show work?

Bernard Szajner: Yes, because I was playing with lights back then. I enjoyed it – many rock groups were having light shows back then – The Who were very enthusiastic, for example. But I was trying to use lights to illustrate the music. However, the musicians were not so interested in creating music that would specifically go along with my images. I wanted this entire synergy of sound and image so I thought, ‘Okay, I will do it myself’…

And why did you decide upon Dune?

Bernard Szajner: I just happened to be reading the novel – so it was just a coincidence! Right away images from Frank’s book began to come into my mind – characters and situations and scenes – and I was endlessly trying to create these loops and sounds that would be an honest response to what I was reading. I was driven to document what the novel was inspiring in my mind.

As we know now, Alejandro Jodorowsky intended to make his own version of Dune in the 1970s – and then David Lynch finally succeeded with a critically catastrophic adaptation in 1984. Did you contact either filmmaker about offering to soundtrack their respective visions?

Bernard Szajner: I was aware of Jodorowsky – but only through what I had read in the newspapers. I knew he was working on a film – however I never contacted him. I later saw David Lynch’s film – but I did not even know it was being made. If I had known about it I don’t think I would have proposed my music. I generated the music that went with the images in my mind so I don’t think it would have worked with what he was doing. That film was his approach to the material – not mine.

Did you ever hear from Frank Herbert?

Bernard Szajner: I never heard from Frank Herbert – or anyone associated with him. But it did not upset me – I wouldn’t have expected him to reach out to everyone who is doing something with his work. That would be crazy. 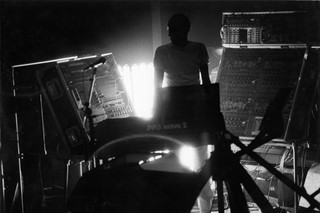 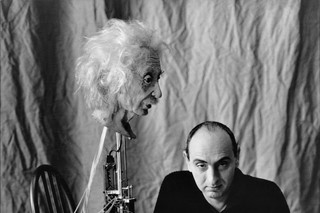 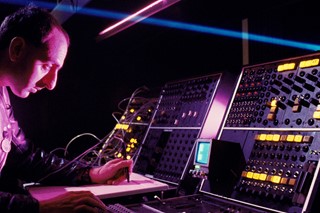 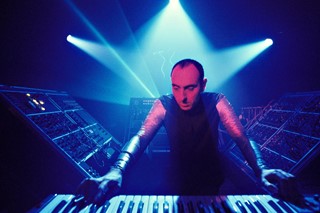 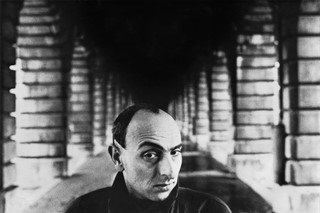 Can you talk about some of the influences on your style back then?

Bernard Szajner: If I have to give you some names it would be from electronic music – Terry Riley would be the first. He created loops that changed on a consistent rotation and that fascinated me. Then there was the German band, Kraftwerk - who were very trendy when I was starting to create Visions of Dune – and Frank Zappa as well. But once I began to make my own music I stopped listening to everything.

What effect did that have?

Bernard Szajner: It just means nothing can influence me. I have not listened to new music since I did Visions of Dune. This is the truth. Maybe if a friend gives me a CD I will make an exception – but I have to listen to it on my computer because I do not have a stereo or an iPod or anything. For me, this is great because it means that when I generate something it is out of time.

Finally, then, what do you hope newcomers to Visions of Dune might take away from the album?

Bernard Szajner: Ah, now this question I did not predict! I really need to think about this so I do not give you an artificial answer. It is a good question. Okay, let me say this: artists are very selfish people. I think we are all egocentric and we create for ourselves – we have to like what we have done, otherwise we are just creating to sell. And if the aim is only to sell then I am not interested. I only create something that I will love – and all I can hope is that other people might enjoy it too. That is all.