Øya can afford to take risks

It’s a warm Tuesday evening in Oslo, and on the festival’s opening night we’re sipping £7 beers at a moody bar with a makeshift library tucked in the corner. Onstage is a local spacerock band fronted by a lank-haired sociopath in a handcut robe, violently lurching at a cheap theremin. It’s an odd scene for sure – the Evil Jesus attire, the very un-Tuesday performance, the inexplicably mild looks on punters’ faces - but by the weekend it’ll seem par for the course.

Øya is a festival that proves, in Norway at least, that the cross-genre curiosities that once spread via word-of-mouth and international press – the making of fringe fads and cult figures – has in the internet age become a bankable super-niche. With headliners like Robyn and Todd Terje, the 60,000-capacity festival sells out like clockwork. So what’s the secret? At the next table, some loose-tongued ladies lay down the score. “It’s the hipster festival,” explains one in pitch-perfect English, nursing her craft beer. “We have lots of hipsters here,” concurs a second, rolling her eyes. “Most of us like R&B, pop, old music.” “Tori Amos!” a third chimes in, and they titter among themselves at the English people with their questions.

Caroline Polachek is bringing back Dido
What we learned at Øya12 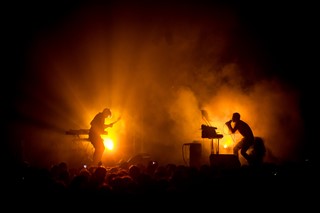 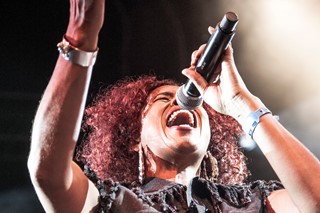 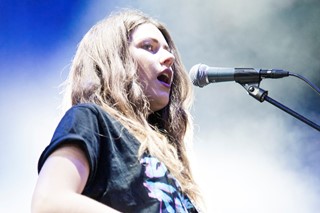 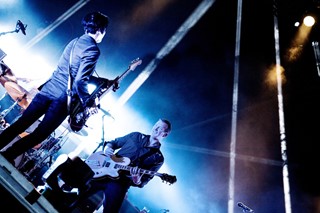 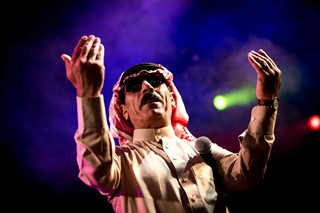 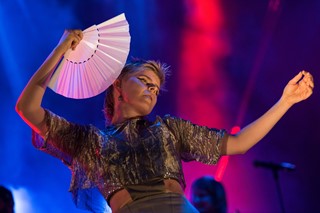 Most of the Øya action goes down within the steep slopes of Tøyenpark, in the belly of which sit the main site’s four stages. Down by the entrance is Sirkus Tent, where Future, clad in a low-key tight blue hoodie, plays a Thursday night set of ice-drop bursts and rapidfire transitions, seemingly bent on rinsing his entire discography before everyone flocks to Outkast. Likewise, Neneh Cherry whips up her own aural whirlwind: the Swedish-born singer is permanently sudden, a devastating presence, and her good vibes – native-tongue stage chat, loved-up grins – win over iPhone photographers and Motörhead tee-wearers alike. Best of all is Omar Souleyman, whose Syrian dabke packs the tent with top-twirling boys and shimmying sisters, mischief rippling beneath his ‘tache.

Norwegian hipsters aren’t sure about Kelela

Souleyman is an effortless charisma and danceability that eludes Kelela, who draws the venue’s tiniest (and least mobile) crowd with her vapourised R&B grooves. For the few who appreciate the extra dancing space, the performance itself – DJ'ed by Total Freedom – is fantastic, borne on a slow current of molten dream-grime and scatty chromatic funk. Afterwards, a pair of stagefront fans called Helene and Madeleine explain the low turnout: “Our friends have never heard of (Kelela). Future had a crowd because he’s more normal; maybe Kelela fits the Norwegian personality, but she’s just not mainstream.” There we are then.

Notable homegrown talent ranges from no-wave progsters Beglomeg to the iced-honey folk of Farao. But most striking are Yoguttene (pronounced yog-UT-neh), whose playful abruptness suggests they’re Norway’s answer to Young Thug. Wearing chintzy hand-cut masks with menacing eyeholes (the DJ’s in an Arsenal shirt), they toss out packaged salad leaves and take turns climbing a gold stepladder, where, with sarcastic effort, they smoke a seven-foot ‘blunt’ suspended from the rig. Like Yung Lean and the Sad Boys, their content (all in Norwegian) borders on parody: shameless songs about PS3s and Dolce & Gabanna with boinging cymbals and bleeding bass, one foot in baile-funk while the other taps the yappier end of fluoro-house. It’s another bizarre take on internet ephemera. “The songs are ironic,” a punter named Martin says of the appeal. “Norway doesn’t really have a ghetto - they’re just having a ball.”

Outkast’s Coachella reunion had its pretty picnic hampered by desert winds, mediocre showmanship and a weak soundsystem. Many fans left early and disappointed, but it testifies to the humility of the Atlanta duo - who’ve always skewered hip-hop convention, favouring diversity, pop ambition and dandyism over limp archetype fulfilment - that they’ve swallowed pride and reinvented the show. With the setlist reshuffled – “Hey Ya” becomes an early boost, with “The Whole World” a singalong finale – the career-spanning performance is largely on-point. What niggles is the disinterested chemistry between technicolour-suited Big Boi and silver-wigged André, whose black boiler suit reads “Loners Get Lonely Too,” with a cartoonish ‘Sold Out’ tag jiggling for the camera.

Regardless of Outkast, it bears repeating that Janelle Monáe plays in a league of her own. When Janelle says “bounce,” you bounce; it’d be treason to decline. She’s James Brown and Marilyn Monroe’s fantasy offspring – even her posture feels historic. Sometimes the android facade breaks in a smile or wink, and yet even then, the character we glimpse is amped-up and caricatured – just another, subtler persona. Heavy on The Electric Lady hits, her Øya performance is so monumentally vast and famous-seeming that you’re removed from time, and your gaze scrambles from the stage to the comfort of those giant screens, watching through the lens of history.

When Bergen’s Röyksopp, who’ve been a homeland institution since 2001’s “Eple”, met Swedish superstar Robyn, the resultant EP was catnip for electropop lovers everywhere. But their joint headline slot begins slowly with long trance passages, before a Robyn solo set and a euphoric finale that climaxes in pyrotechnics and confetti with the massive “Do It Again”. Clad first in hockey-pads and a rain mac, later in cybergoth robotry, the 35-year-old proves an unlikely sexual menace; her hip-flicking, crotch-clutching and bumcheek-shuffling give the middle-aged contingent a real thrill – we see body-grooves and finger-wagging dances reminiscent of singletons at a wedding, far from the grabby meat-market vibe of some Oslo club nights.

But winning Norway a legacy all its own is Todd Terje. Plainly dressed, the disco crossover maverick is joined onstage by a full band, art-deco cocktail props, and – for “Johnny and Mary” – special guest Bryan Ferry, who creeps on as if he weren’t invited, all furtive looks and shy poses. But the unforgettable moment’s saved for the festival’s dying breath, when fans exchange grins as closer “Inspector Norse” bleeps and pings right through the crowd and into trees lit up in red and blue, leaving 15,000 illuminated dancers in its wake.