26April 2013
TextLauren Schwartzberg
Drill at Will7 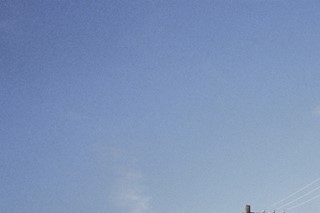 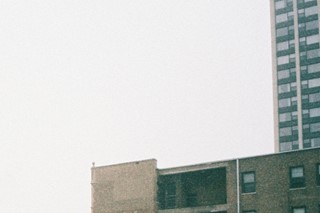 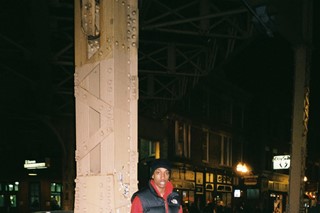 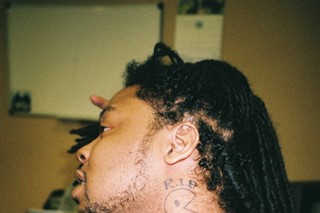 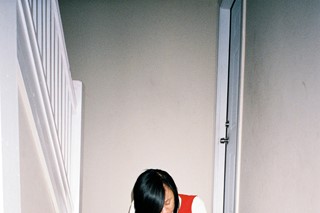 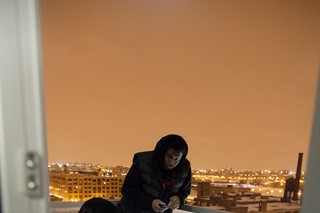 Taken from the May Issue of Dazed & Confused:

In September, 18-year-old aspiring Chicago rapper Lil Jojo was killed in a drive-by shooting, a few months after releasing a diss song about Chief Keef and Lil Reese, the breakout stars of the local “drill” hip-hop scene. On Christmas Day, his best friend, JayLoud, was gunned down for wearing a hoodie with Jojo’s name on it. A year after the then 16-year-old Chief Keef’s “I Don’t Like” video went viral – it has now had over 25 million plays on YouTube – many of his fellow drillers are either dead or in prison. Like Compton and the Bronx before them, the poor neighbourhoods of Chicago are spawning some of the most vital, hardcore street music in the world – but at what cost?

“The gun thing, it’s a part of my image,” says Katie Got Bandz, a drillstress on the rise. “It’s the language that everybody uses. It’s what I go through and what I hear. This is the way everybody talks.” Also known as Drillary Clinton, she’s one of the leading ladies in the scene, with street anthems “I Need a Hitta” and “Hittaz Only” helping her amass over 80,000 downloads of her debut mixtape Bandz and Hittaz. “All it took was one person to make one hit for everybody else to open up to Chicago,” Katie says. “Now they see everybody in Chicago and they’re fucking with it.” She has already been in jail once before – for 32 days – and announces vehemently that she’s “never going back,” even though she currently has a probation officer for being caught sitting in the front seat of a car with a gun in the glove compartment. “I shoot you if I wanted to cuz I’m a lady hitta,” she raps on “I Need a Hitta”. With limited news coverage, drill has become the primary vehicle to share Chicago’s lethal stories with the public.

“We blew up and drill blew up, so I want people to know drill originated from Pac Man,” says King Louie, a self-proclaimed member of the Drilluminati, a term he coined with the title of his latest mixtape. “I was introduced to the drill through my homie Pac Man. So through affiliation it’s from our hood.” King Louie’s allegiance has been permanently inked with a tattoo of Pac Man on his neck, immortalising the creator of drill, who was murdered in 2010. He feels the need to commemorate deceased friends more than most 25-year-olds: “We named our hood after him, Dro City. ‘Drill’ really means ‘hits’, like when you go to shoot everyone.” “People grew up together and started going they separate ways,” explains DJ Victoriouz, the scene’s 21-year-old resident DJ and member of Chief Keef’s Glory Boyz Entertainment. “Now they have a clique. It’s the life.”

The music is an extension of life on the South Side, the clearest view into the happenings of impoverished, marginalised Chicagoans. For drillers, dead friends are like YouTube videos; everyone in the scene’s got at least one. Most have multiple. “My father is incarcerated for murder,” Katie Got Bandz adds. “Growing up, seeing people get killed, all the violence and seeing my mother struggle. That was my motivation.”

On August 23, 2012, between 9:15pm and 9:45pm eight people, mostly in their teens, were shot in South-Side Chicago. By the morning, the count had risen to 19 and included shootings on the west side. Such stories are largely ignored by the mainstream media; instead the news comes through the lyrics and bombastic, apocalyptic beats of drill. “Chicago is Chi-raq right now,” Katie Got Bandz says.

“What we’re talking about, it’s like painting a picture,” King Louie explains. “I may talk about bad things and the content may be a little harsh and a little drastic, but I look at it like a movie. It’s telling what’s going on in the whole of Chicago. It’s not glorifying anything. We’re just telling what we’ve seen, speaking about it and being in it.” The thunderous 808 drums and rapid-fire snares have become an outlet for anger and danger around the world, for both artists and people listening in. “Yeah, it’s a release,” Victoriouz says, “people getting it off they chest. The way people live, what they do every day, is what they say on the track. It’s a different type of music and everybody’s down to rock out to it.” Everyone can find a way to relate. “Now there ain’t no jobs, so motherfuckers gotta do what they gotta do,” King Louie says, philosophically. “Everybody can’t be decent. It’s just the world.”

“Even though my life wasn’t in the streets, I still been around,” says Sasha Go Hard, a driller who has released three mixtapes. “I had friends in the street life and I grew up around it.” It’s the females’ shocking indifference to violence and their ability to mix that with songs about love and relationships that make them stand out from their male counterparts. “It’s different because males wouldn’t expect a female to rap about drilling,” Katie Got Bandz says. “They used to females selling themselves.” That lack of inhibition, combined with shared experiences and site-specific loyalty – the “Low End connection,” as Sasha Go Hard calls it, after the South Side neighbourhood – has helped women reach an era of unprecedented visibility in hip hop, immediately accepted by their male peers. “I saw Chief Keef post his music online, so I asked him where he recorded,” she says. “He introduced me to DJ Kenn and after that I was going to the studio with them.” That was her first foray into the scene. A short while later she got in touch with drill’s premier director/beatmaker, DGainz. “She hit me up on Facebook,” he says. “I gave her my number and I sent her a beat. She called me and rapped over the beat on the phone and I was like, ‘Yeah, she’s alright.’ She came over to my house, we recorded a verse and shot the video like, a week later.” Sasha Go Hard’s most recent mixtape, Round 3, features a song produced by Diplo.

DGainz’s videos are how most people from outside the city come across drill. In five years he has directed over 240 of them and clocked up 115 million views on his YouTube channel. “I show up and all the people are here,” he says. “I listen to it, vibe to it, and then we just start shooting. Sometimes I don’t even hear the song until the day of the video.” The 24-year-old has a proven track record for launching worldwide hip hop careers, from Sasha Go Hard and Chief Keef to King Louie and Lil Durk. “I’ve shot a video at Chuck E. Cheese, in the woods, I’ve even travelled to the Bahamas for a video, but I don’t get as much of a commission as when I do a video with the street feel. I do a video with a drill-type feel and drill music and the hard 808s and that gets noticed. It sounds good, the beats are good and the quality and flow. It shows people that it isn’t all sweetened. It’s really showing the hood and that everybody ain’t got it as good as other people.”

At 20, DGainz’s mother finally introduced him to his father – K1, a pioneer of juke music, a prominent Chicago electronic dance genre that started on the South Side. “By this time I had already been into music heavy,” he says. “I also ended up meeting my brother and their friends and they were doing a lot of the street rapping.” His family first introduced him to the scene, and DGainz took it upon himself to connect the tribe. “Keef was, I guess, a fan of my work from the videos because he used to hit me up on Facebook and ask me to work with him and make videos for him,” he recalls. “Beforehand I was doing a lot of positive stuff, but I started producing music and engineering for my brother and then we got to doing videos. I met other people like Lil Durk and King Louie, so that’s how I got involved with all that.” His soft-spoken manner and heavy-set body, crowned with short curly hair – not dreads – make DGainz a surprising figure in drill, let alone his status as one of the masterminds behind its success.

“I look at it like we talking this drill, it’s real shit,” says King Louie. “Drill might sound like the worst thing in the world, like we glorifying it, but we just telling a story, man. We’re just telling what we’ve seen.” Katie Got Bandz agrees. “It was happening in the beginning but everyone else wasn’t looking at Chicago. Now that everybody’s eyes on Chicago they see everything that’s going on.” Victoriouz: “Yeah, Chicago is big right now. Everybody in the world wants to be a part of what’s going on in Chicago. A few of the top artists are from Chicago, our president is from Chicago – it’s a lot of talent.”

But there is still room to grow. With Chief Keef released last month from prison after a 60-day stint for violating parole on a gun charge, this ultra-real hip hop hybrid will continue to grow and transform. The rappers have mostly progressed from participating in the trappings of gang life to becoming the vehicles for disseminating Chicago’s story. “When Pac Man started, he talked about the worst side, the crime side,” King Louie says. “It was the dark side of drill, but we started to incorporate the other stuff, everyday life, and it grew.” The day before Chief Keef’s release from prison, DJ Victoriouz Instagrammed a picture reading, “Stop the violence Chicago.” The point is to attract a bigger audience to the music, while disseminating honest testimony from the South Side, enlightening whoever will listen. “It’s just telling what’s going on with the youth in Chicago. I’m putting on for drill going pop,” King Louie says, laughing at the thought. “That’s how you advance and it shows the growth and development. When it leaves from here and it gets to there. No matter what they take it as, I’m just putting on to make it bigger than it was. I gotta plant my seed everywhere.” People are already listening, but the Drilluminati are going to keep broadcasting the story. “I want Obama to say ‘drill’,” King Louie says. “It touches motherfuckers.”