Listen to a brand new mix from the hip hop kings, knocked up exclusively for DD 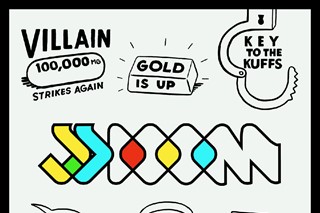 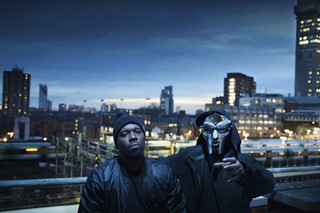 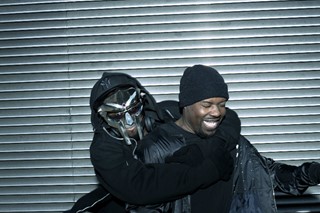 To celebrate the release of JJ DOOM, the collaboration album from Jneiro Jarel and DOOM (formerly MF DOOM), we’ve been given an exclusive mix from the JJ half of the project. Ahead of the JJ Doom appearance at RizLab (alongside the Ninja Tune and Big Dada rosters) at Bestival this weekend, we sat down with Jarel to discuss the album, and the effect his musical heroes and New Orleans had on the new record...

Dazed Digital: DOOM recorded most of his vocals for the album in London, which is very much reflected in his lyrics, whereas you produced the beats for the record at your studio in New Orleans, did the city inspire the sound of the album in any way?
Jneiro Jarel: I’m a huge fan of jazz, and to be in the city were it was born, music is in the air. I actually went to this place called The Music Box which is out in New Orleans, it’s like a music park with instruments made out of just random things; like bicycle spokes, telephone lines, and water. One had sounds coming out of the instrument through water, that’s why I called the intro to the album ‘Waterlogged’, because it was an organ that was pumping out air into a water tank making this bubbly sound.

DD: Would you have preferred to have been in the same studio throughout the recording of the album?
Jneiro Jarel: We tried that, we were neighbours in Los Angeles. We’d always get up and try to vibe with music. But the problem with us is that because we’re friends, we always get distracted, we’d get talking, talking about the old days and what music used to be and then you realise you don’t actually get any work done. So we actually work better when we’re not with each other. I think I work better alone and I think he does too and I think that’s the special chemistry that we have.

DD: The very first live JJ DOOM is coming up in September, on the Rizlab Stage at Bestival, what will the show consist of?
Jneiro Jarel: I’m honestly not sure yet. We’re still plundering, a lot of ideas have been thrown out there but we’re not really sure. I know that whatever we end up with, people are gonna love it. Well, hopefully. We’re just going to go out there and do what we do.

DD: On the Bestival website, it says that it will be ‘an intimate hi-tech festival first that will see everyone in the crowd ‘DOOM-ED’.’
Jneiro Jarel: That’s the awesome thing about working with DOOM, because everything is a mystery. I didn’t even know about this. I love him, and you just don’t know what you’re going to get. I love that about working with him.

DD: After the debut JJ DOOM show, are there plans for a full-length tour?
Jneiro Jarel: We’re definitely trying to make things happen as far as a full on tour. I don’t know exactly what days yet, but yeah, something’s in the works.

DD: You’ve made an exclusive mix for Dazed, what’s the inspiration behind it?
Jneiro Jarel: I’ve been hugely inspired by the music from the UK since the ‘80s. I was into New Wave, I used to listen to Duran Duran, Tears For Fears, etc. People know me as ‘vintage-futuristic’, I like to always remember and pick the things I love from the past and bring it to the future. So that’s what I was doing, bringing Tears For Fears to now and mixing it with a newer song like ‘Winter Blues’, and also having a Gary Newman song come on before ‘Rhymin Slang’ because believe it or not, that’s the kind of sound that inspired that type of production.

JJ DOOM play their debut live show at the RizLab stage at Bestival this Friday 11th September – alongside the likes of Toddla T, Scuba, El-P, Bonobo, Slugabed and more...