We speak to the video's director, Jacqueline Castel, about the inspiration and process 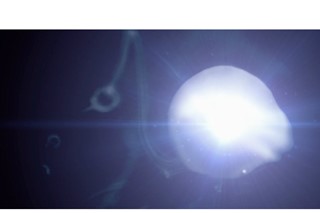 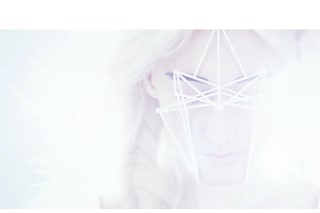 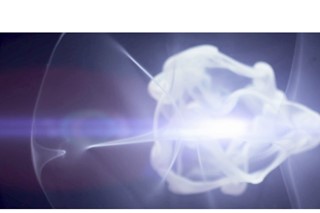 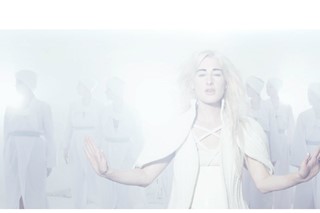 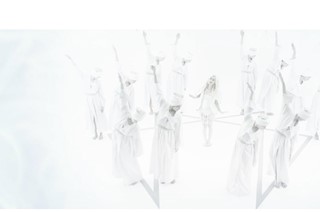 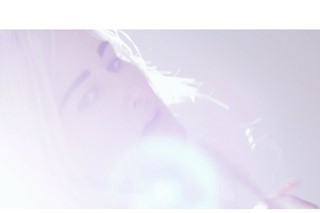 The LA-based singer/songwriter Zola Jesus premieres the stunning music video for her new single 'Seekir' exclusively on Dazed Digital today. The director Jacqueline Castel tells us about the making of and the ideas behind the music video here...

For 'Seekir', Nika [Zola Jesus] and I were interested in exploring the framework of a pop music video. While practically and aesthetically the video needed to remain minimal, it felt important to flesh it out conceptually. Like any great pop song or video, the goal was to communicate complexity through simplicity – for us, that was done via deceivingly advanced dance choreography and by weaving a complex philosophical thread throughout the video, even if on the surface level we were conforming to a basic pop video formula.

I’ve always loved how Nika embraces both the avant-garde and bubblegum pop with Zola Jesus, and wanted to find a way to explore these dualities in her music and merge the worlds of the experimental and the mainstream. An apocalyptically-tinged pop song, emotionally visceral yet danceable, seemed to present the perfect opportunity to explore dichotomies, which would be echoed in the all of the video’s creative departments for Nika's look. From stylist Jenni Hensler’s pairing of custom geometrical shoulder pieces with softer, elemental forms to hair stylist’s Clark Phillips feral yet methodical braid work.

At the inception of the video, while researching dance movements, I stumbled across the Gurdjieff Movements, a set of sacred dances developed by Russian philosopher G.I. Gurdjieff at the turn of the century. I was immediately struck by the movements – so geometrically calculated and patterned that they almost felt scientific. On first glance, his dances are deceptively simple, but each gesture and posture is actually incredibly intricate – highly detailed and based on complex time signatures. Based on self-observation and self-study, the movements seemed to resonate with the philosophical concept of Conatus (that Zola Jesus based her album title on), and the dances, at times, reminded me of Nika’s own movements on stage. It seemed a perfect fit, and choreographer Vanessa Walters expertly modernized the movements for the video.

The Enneagram, which is featured in Seekir, is a star polygon of symbolic significance. According to Gurdjieff, the figure can be used to describe “any natural whole phenomenon, cosmos, process in life, or any other piece of knowledge,” and that in turn, his movements could reveal cosmic truths encoded in the dances themselves – like a sort of giant choreographed metaphysical puzzle.

The connection to the Enneagram was mirrored in both the creation of a mask for Nika by architecture-student-turned-make-up-artist Robert Greene and the construction of a 16-foot symbol on the dance floor by production designer Zev Deans. The formation of dances on a geometric pattern appealed to me, it felt reminiscent of Busby Berkeley’s choreography and also tied into the concept of Sacred Geometry - that all of nature stems from a geometric code and that phenomena can be explained through natural mathematical principles.

To further link the organic and the technical, the images at the beginning and end of the video were created by shooting slow motion macro photography of milk dispersing in a tank of water. My brother (and producer) JP and I filmed late into the night, watching the intricacy of patterns emerge from underneath the water. Each drop seemed to reveal the universe in miniature, the violent creation of the cosmos, the birth of a star.

A week before the Seekir shoot in New York, I came across a book on the Enneagram at a used bookstore a few blocks from the studio we were shooting at. On the first page was printed a quote that stopped me dead in my tracks: “This thing we tell of can never be found by seeking, yet only seekers find it.” Somehow, it didn’t feel like a coincidence.

How 2manydjs made their mash-up masterpiece As Heard on Radio Soulwax Pt. 2
MusicIncomingZola Jesus