Founding his name on the likes of Planet Mu, XL and Faith & Industry, the contemporary electronica legend speaks to us about his new album 'Andean Dub' 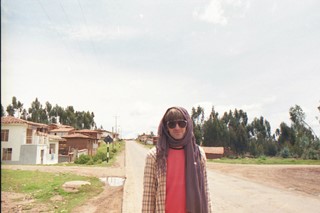 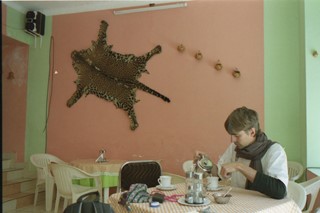 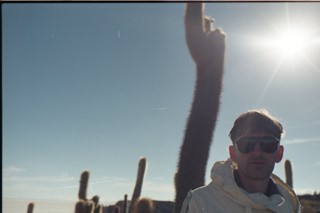 Kristian Craig Robinson as Capitol K has traversed a spectrum of electronic aesthetics over 13 years and five albums through output on labels like Planet Mu, XL & Faith & Industry. Besides working as a studio engineer for Atlas Sound, Aerial Pink and tune-yards, he's played live in Domino Records’ The Archie Bronson Outfit and has also co-produced the new album from Joe Gideon and The Shark. A legend in contemporary electronica, Capitol K’s genre-mashing musical explorations has culminated in his sixth album, entitled ‘Andean Dub’ inspired by a road trip covering over 7000km of South America through Peru, Bolivia and Argentina. Meeting musicians and collecting instruments all over, the trip allowed him to explore the burgeoning alternative club scene of Buenos Aires, leading to a series of live shows with Brazilian artist Cibelle.

I still have lots of fun in London, increasingly I'm spending lots of time out in Malta. I've been running a recording studio on a Island in the Thames out in suburbia for the last five years, so I'm involved in quite a lot of projects. Movement keeps you outward looking and independent from culture

Dazed Digital: Your latest album is impressively, your 6th, what are the biggest differences from your previous work?
Capitol K: I'm working in a totally different genre and tempo, influenced by new movements in South American Cumbia and Andean music. It was made with alot of love, it's good to dance to, is very playful, I feel it gives a lot.

DD: Having travelled so much, where do you now feel is home? And how does this affect your creative processes?
Capitol K: I still have lots of fun in London, increasingly I'm spending lots of time out in Malta. The drifting results more from economics as well as touring with a band, but I keep focused wherever I am. I've been running a recording studio on a Island in the Thames out in suburbia for the last five years, so I'm involved in quite a lot of projects. Movement keeps you outward looking and independent from culture.

DD: Your album draws on the experiences of travelling through South America, can you pinpoint any memories that inspired particular tracks as such?
Capitol K: Not so directly. I was reading a lot of south American literature and political history. I was inspired by new world thinking, keen to make a break from western constructs. If you combine that with thousands of kilometers driving down dirt roads through deserts and mountains, lakes, cites then things start to open up and reveal themselves.

DD: What are you listening to now in your own time?
Capitol K: Still lots of Cumbia and 3ball (tribal) from Monterrey, also a great compilation of digital music from Africa called Bazzerk. On the other end of the spectrum lots of heavy psych rock.

DD: What are you most excited about next?
Capitol K: Performing this material out, it really comes alive! I'm writing another batch of Cumbias at the moment. I've got a side project called Loose Meat, we hope to get moving later this year Its sort of spoken word disco with a bit of swing. I have an idea to make a Mediterranean album but that's a long term idea.