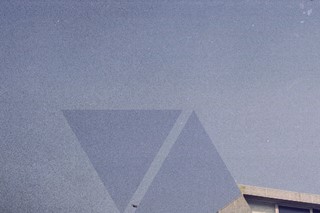 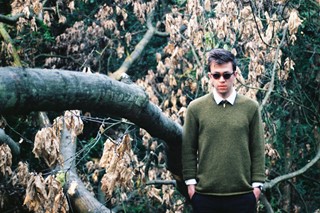 The name Raffertie has been cropping up on line-ups and blogs for the past three years, but it’s with his latest EP where Benjamin Stefanski starts making some real strides. 'Visual Acuity' is his debut outing on Ninja Tune – the same label which helped nurture the likes of Toddla T to huge audiences – set to drop on August 29 and his debut album will follow early next year. The four-track EP demonstrates a huge amount of compositional maturity when compared to previous releases. The driving dubstep which first caught the ears of Mary Anne-Hobbes – one of the first major supporters of Raffertie’s – has been replaced with layers of syncopated beats and funk, wrapping up a pretty exciting release from Raffertie who seems is about to step out from the background into centre stage.

How would you describe your work?
Over the past few years my music has grown out of an underground dance music aesthetic, but to say that is what the music is like now would be very reductive. I make predominantly electronic based music. I incorporate acoustic elements also but more often then not most sounds end up being electronically processed in some way.

What were the inspirations for your new mix here?
The sets I play are quite varied, I am not really interested in playing any one style or genre of music. This mix is focused on the sort of music I am playing in clubs at the moment.

WHAT'S…
...your secret talent?
Cooking. I like to cook. And I make a pretty good Tiramisu.

... your favourite sound?
I once saw someone interviewing Stockhausen and they asked him, "what is the most beautiful sound you have ever heard?" He simply replied, "I don't know."

...your worst fashion secret?
I've had some fairly terrible haircuts looking back. Trying to make a amends for that.

...your worst vice?
Tiramisu. A whole one.

...at the top of your wish list?
I wish there were more hours in the day. Apart from that I quite want a dog. I'm partial to Cocker Spaniels. Alas I don't have time for one right now though.

...are you listening to now?
Regis - Blood Witness

What are you most excited about next?
The rest of this year and next. I've got a lot of music due to be released over the next 18 months or so and I am very excited for everyone to hear it.