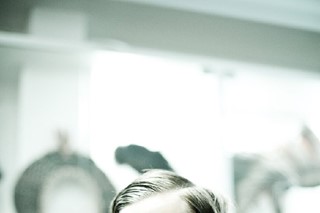 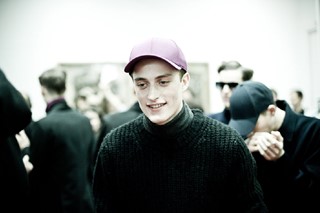 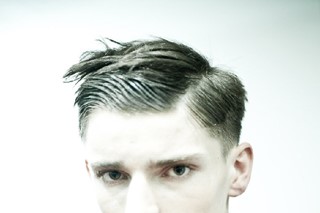 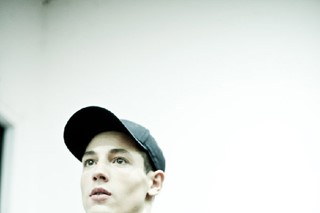 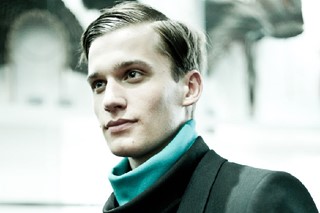 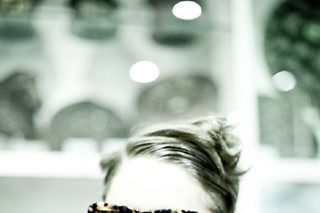 Presenting your collection as the concluding show of Paris Men’s fashion week is a tricky one to pull – especially for a young, non-French house. Yet it is the challenge Acne picked. Last night, in the cultural centre La Maison Rouge, the Swedish empire decided to make its mark amongst Parisian tradition.

‘Precise’ is probably the best word to sum up the show: no mad surprises, but a coherent, fuss-free continuation of their trademark sharp lines. With an almost military rigor, the boys marched down in monochrome pieces, in beiges, creams and greys. Subtle layers were punctuated by detachable, coloured neck pieces, and a kooky, retro-esque Rio de Janeiro jumper. We met Jonny Johansson right after the show and talked about Swedish know-how and French old school.

DD: Why was a fashion show appealing to you rather than your usual presentations?
Jonny Johansson: We had never done something like that – in the past we’ve had small fashion shows and mainly presentations. It was very exciting to try something like that, a different format. The very first time was actually in London for womenswear, we were asked by the London council to participate, and it was thrilling to try it out. I’m not saying it’s either or, it’s just a try.

DD: Why start with men’s week in Paris and not wait for the busier ready-to-wear?
Jonny Johansson: For men’s wear it’s the best week, here in Paris, which is also where our first international success was, so it felt like a natural choice.

DD: Do you view Acne as fundamentally Swedish? Where is Sweden in your designs?
Jonny Johansson: I am Swedish, I grew up in Sweden. As a designer you can’t really help being influenced by what you grow up around. But I haven’t analyzed it and it’s not very important – but of course Sweden is there.

DD: And will be people regard the brand differently now that you’ve been accepted into the official French fashion week calendar?
Jonny Johansson: To be honest, no, I don’t think it’ll make a real difference.