Against the backdrop of a bright shining moon, silver pieces and shearling jackets in shimmering materials were shown against cashmere coats and abstract prints 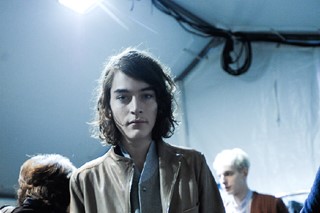 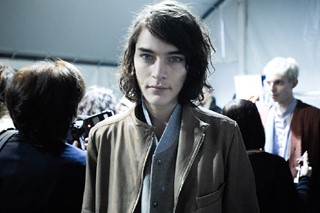 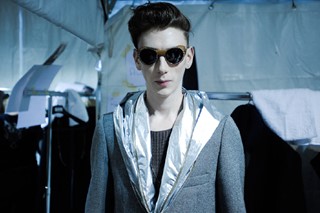 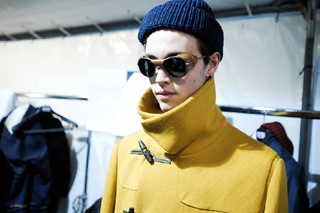 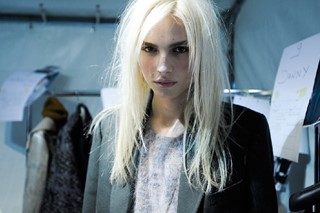 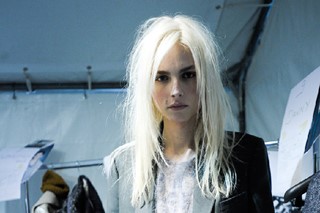 The invitation and the back drop for the catwalk featured a big, bright and light moon, so we were all expecting some sort of futuristic space collection. Of course, Sir Paul Smith would never just send out a few guys in white play suits and a glass bubble for helmet. No, the Nottingham-born designer is too experienced for such cheap tricks. He did start with a few silver pieces; bags, parkas and shearling jackets all got the shimmering treatment. After that Smith went back to what he does best; luxurious and qualitative clothing with just enough attitude.

Cashmere coats with a zipped puffa collar, trousers with zip detailing, an abstract trouser print and mustard yellow cardigans impressed initially. Puffa jackets with a printed leopard pattern continued the proceedings while a waist long wool jacket wit leather sleeves and duffel coat buckles impressed the audience. The show was finished off with a couple of gorgeously red mohair jackets.

DD: Is that where the silver pieces came in?
Paul Smith: I like the idea of futuristic fabrics, silver and dreaming of outer space. Originally the collection had a brief connection with Captain Beefheart and Frank Zappa, who were dreamers...

DD: Is that maybe where you got the zips on the trousers then, a bit of rock 'n' roll?
Paul Smith: Yeah, it was posh rock really. Rock 'n' roll as usual with a hint of space age and futurism about it. but a very luxurious version of it.

DD: Do you have a favourite piece in the show?
Paul Smith: The grey classic suit pieces.