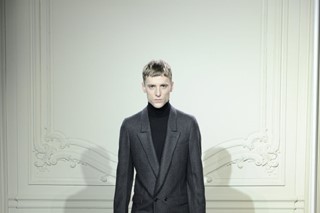 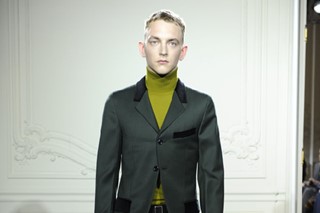 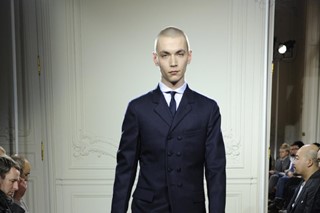 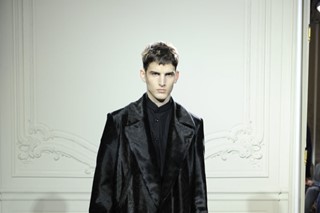 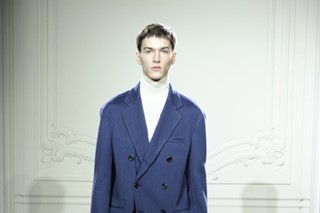 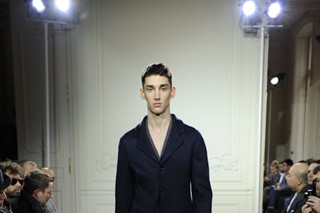 The silhouette for the A/W11 season was slender and dandy inspired at Yves Saint Laurent. Elegant single-breasted jackets, slim-cut trousers and simple white cotton shirts were the staples for a wardrobe based on Stefano Pilati’s vision of the YSL man. Partly inspired by the British mod rockers of the 60s, the collection featured several exquisitely tailored slim fitting suits with skinny black ties, while the models walked in super-thick healed leather shoes. The jackets were adorned with slender black lapels and minimal pocket detailing along the chest while cuffs were sometimes slightly turned up but more often left plain and fastened discreetly. Even a double-breasted suit was cut so slim it looked identical to the single-breasted on first sight. When it came to outerwear however, the coats were over sized and loosely fitting but this only accentuated the skinny-cut trousers worn underneath. An over sized hooded aubergine jacket added to the youthful look of the collection while a black velvet slouchy coat was sublime worn over a simple black shirt and trousers.